Rising UFC bantamweight star Sean O’Malley is hoping to make a similarly-sized splash in the business world as Conor McGregor but through a different product.

Despite a relatively short career in the Octagon so far, O’Malley has already grown into one of the most recognized personalities in the UFC. Whether through his eccentric fight week attire, his charisma, his slick striking style, or a combination of them all, fans certainly tune in to see “The Suga Show.”

Since his rise up the bantamweight ladder stalled at the hands of Marlon Vera in 2020, O’Malley has been back to his best. In 2021, “Sugar” went 3-0 with victories over Thomas Almeida, Kris Moutinho, and Raulian Paiva. In the final pay-per-view of the year, the Montana native closed out a perfect 12 months by delivering a highlight-reel knockout against the formerly-ranked Paiva.

O’Malley Targets Success Inside & Outside The Octagon

O’Malley’s latest Octagon success saw him enter the rankings at 135 pounds. Now sitting at #12, the 27-year-old is well on his way, and he’ll look to continue his climb to the top against a high-ranked name in 2022, or perhaps against another fellow rising striker in Adrian Yanez.

But while UFC glory is first and foremost for O’Malley, he’s also looking to make a lucrative impact in the business world.

While he wasn’t the first to mix fighting with other money-making ventures, Conor McGregor has found success doing so like no one before him. From his Proper No. Twelve Irish Whiskey to his McGregor Fast training system, the Irishman has taken new industries by storm and lined his pockets nicely in the process.

Looking to follow in the footsteps of the fighter he described as the only person he’s ever looked up to, O’Malley has his own plans for building a multi-million dollar business empire. But while the bulk of that success came through whiskey for McGregor, “Sugar” is targeting the marijuana scene.

During an appearance on the Full Send Podcast, O’Malley revealed his aspirations and explained why developing his own marijuana strain will be a tough challenge.

“I think the big one, the one that’ll probably be the biggest, hasn’t happened yet. And that’s gonna be a strain, a certain strain, the ‘Sugar strain,’ and it’s getting into that business, like, we’ve tried it a couple times, but it’s tough. There’s a lot of things you’ve gotta figure out; laws, federal laws. The weed game’s tough. I think that’s definitely something I wanna get into. But you have to pick the right people, the right partners.

“I think that’s gonna be similar to the whiskey, Conor’s whiskey. I think that could be my fucking-my $100 million business. We’ve tried to (do it already) and it’s tough… I’m waiting for the right people to come around.”

O’Malley and McGregor interacted for the first time at a Dallas Cowboys game earlier this year. With the Irishman apparently complimenting the bantamweight’s performance at UFC 264, perhaps he’ll be willing to lend some tips to the rising 27-year-old as he looks to make his mark in both the fighting and business realms.

Do you think Sean O’Malley can emulate the business success of Conor McGregor? 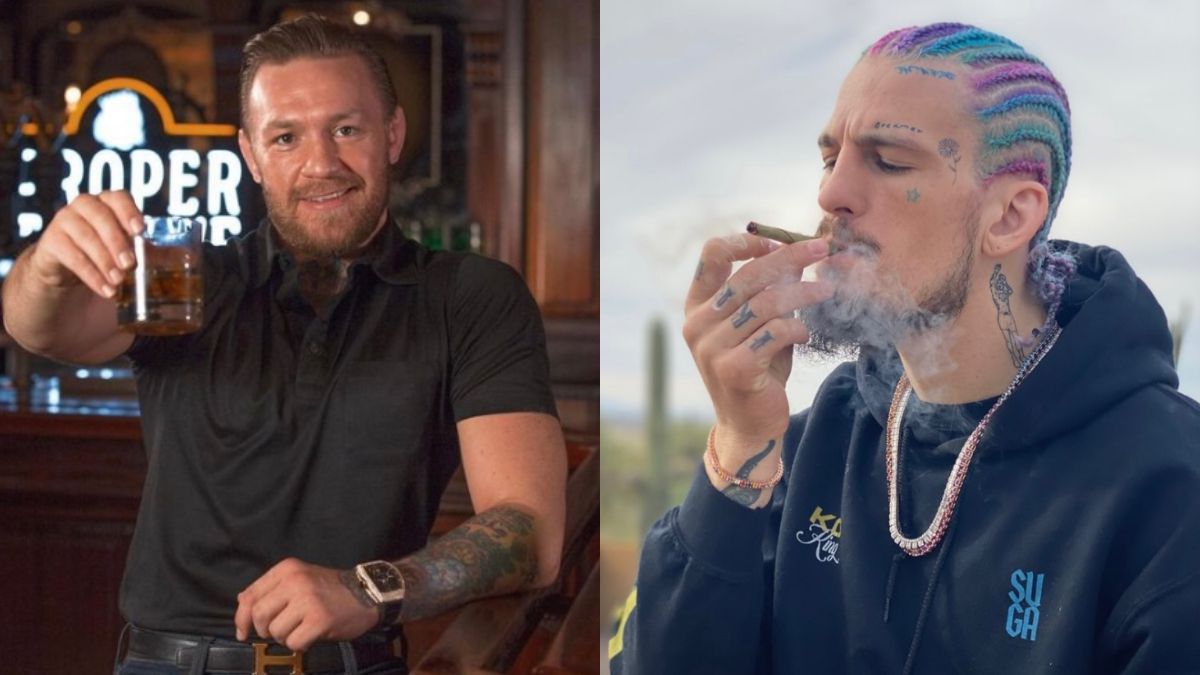