O’Malley Expects “Smart” Sterling To Have A Better Plan In Yan Rematch
published on February 3, 2022
curated and posted by BRWLRZ Team

Since their controversial clash at UFC 259 last March, which saw Sterling crowned champion via disqualification, a rematch between “Funk Master” and Yan has been inevitable.

While it may have been initially delayed after Sterling underwent neck surgery and later pulled off the UFC 267 card last October, we finally appear set to see the two rivals settle their score inside the Octagon.

After Alexander Volkanovski’s next defense was moved from UFC 272 to UFC 273, the upcoming bantamweight title fight went with it. Yan and Sterling will now throw down for all the marbles on April 9.

O’Malley Believes Sterling Has The Skills To Beat Yan

Given the fact Yan appeared to be on his way to a comfortable victory in their first clash and has since had interim gold wrapped around his waist following an impeccable performance against Cory Sandhagen in Abu Dhabi, it’s unsurprising that “No Mercy” is being considered the favorite ahead of the rematch.

But while the Russian is in hot form and is yet to be beaten in the UFC outside of his DQ setback, one ranked 135lber is warning against counting Sterling out.

During an appearance on Michael Bisping’s Believe You Me podcast earlier this month, O’Malley insisted Sterling is too “smart” to make the same mistakes and follow the same game plan he brought into UFC 259 last year. While “Sugar” doesn’t necessarily believe “Funk Master” will beat Yan, he does believe the champ has the tools to do it.

“I do-ish (see the rematch going down the same way). But I also think Aljamain is smart. He’s not a stupid guy. He’s very, very high level, his résumé speaks for itself,” O’Malley said. “I think he went in with the wrong game plan (at UFC 259). He went in and gassed out in a couple rounds. If you watch Petr’s fights, you know he’s gonna cruise for a little bit, try to figure you out, and then start putting on the pressure in the later rounds. He does that every fight.

“Aljamain Sterling’s gotta see that, gotta recognize that, and come in with a different game plan,” added O’Malley. “I think Aljamain has skills, and he has the skills; he could beat Petr. I don’t necessarily see it happening, but I’m not counting him out. He’s a top, top bantamweight for a reason, and I think it’s gonna be a very interesting fight.”

While his status as champion has been disputed and looked down upon by some, Sterling’s ability can’t be denied, as was proven during his run before facing Yan. His five straight victories prior to UFC 259 included triumphs against Sandhagen, Pedro Munhoz, Jimmie Rivera, and Cody Stamann.

While Yan will be looking to regain the undisputed belt he doesn’t believe he rightfully lost, Sterling will be hoping to prove many in the MMA community wrong at UFC 273 and legitimize his place on the bantamweight mountaintop.

Who do you think will leave UFC 273 as the undisputed bantamweight king, Aljamain Sterling or Petr Yan? 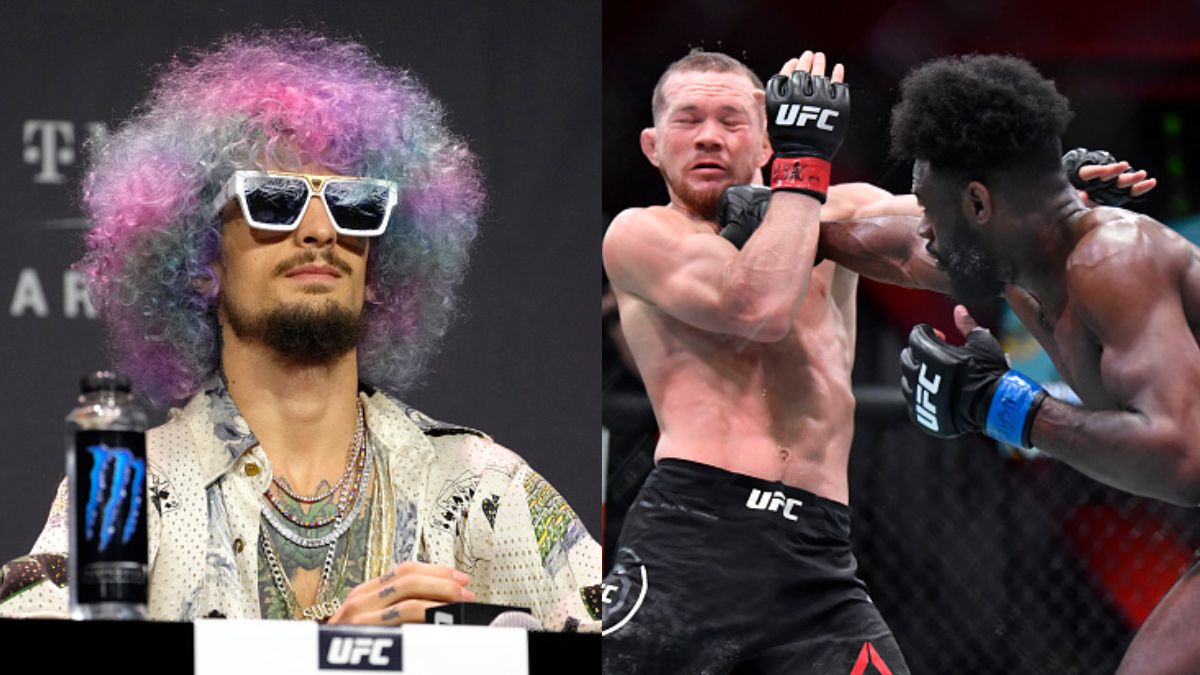