The legendary Nick Diaz is willing to step up on short notice and fight Leon Edwards at UFC 269 after Jorge Masvidal pulled out.

Diaz is coming off of his impressive, albeit short return to the Octagon against Robbie Lawler at UFC 266. After some early success and hard shots, Diaz suffered a TKO loss in Round 3 after falling to the canvas and retiring to strikes.

But Diaz appears ready to fill in on short notice against Edwards after Masvidal suffered an undisclosed injury during camp. While it’s unclear whether or not Edwards will remain on the UFC 269 card, Diaz threw his name in the hat via an Instagram comment.

“Put me in,” Diaz commented on a post from ESPN reporter Brett Okamoto.

Edwards is on the verge of a UFC welterweight title shot against Kamaru Usman and could hold out and wait for a title bout at this point. However, if he wants to remain active, Diaz and Khamzat Chimaev are just a few of the names ready to step up and fight.

After losing to Lawler at UFC 266, it’s unclear if and when Diaz will return to the Octagon. He seemed vague about his fighting future during his UFC 266 post-fight interview but sounds like he’s back on track to compete once again.

What do you think is next for Nick Diaz in the UFC? Who would you like to see him fight next? 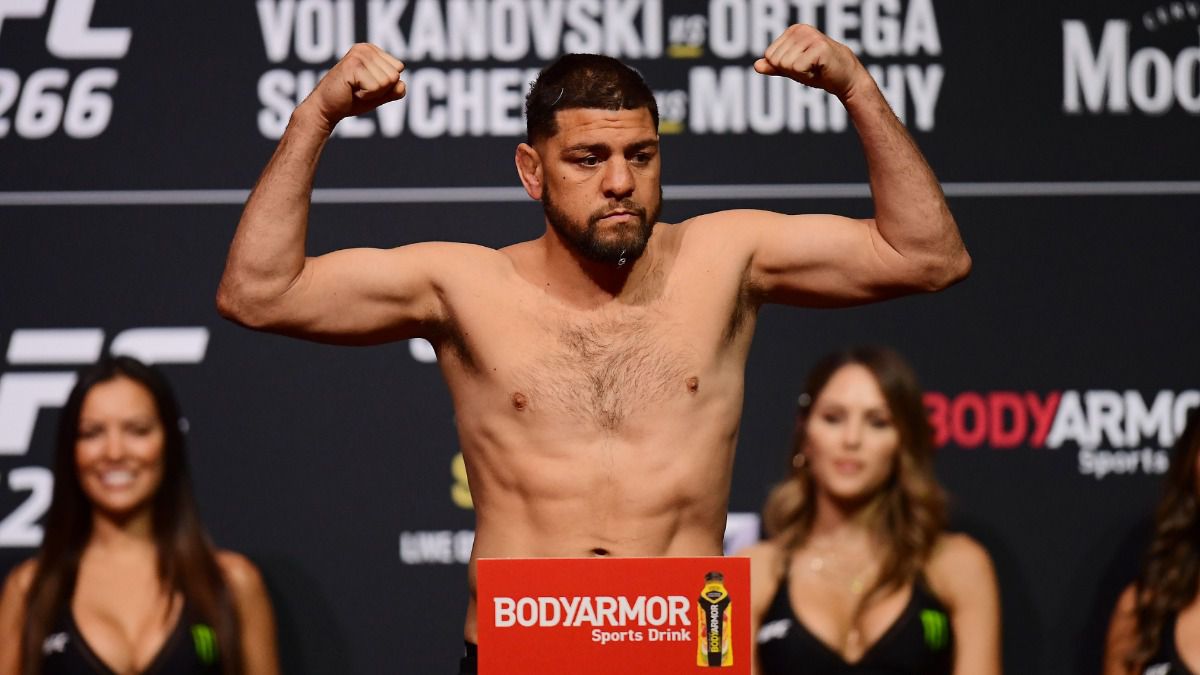