Nick Diaz Bashes UFC For Lawler Pairing, “I Should Be Fighting Usman”
published on September 23, 2021
curated and posted by BRWLRZ Team

Nick Diaz is making a return to the Octagon after spending six years away, but maybe he chose the wrong comeback fight.

Nick Diaz is making a comeback to fighting. He has been out of the game for six years but is returning in style at the mega UFC 266 event this coming Saturday night. Diaz will be facing off against a former foe, Robbie Lawler. These two fought each other back in 2004 with Diaz walking away as the winner.

Now, years later the rematch is set but maybe it isn’t the right matchup for Diaz’s return. The 38-year-old spoke to ESPN’s Brett Okamoto about how he feels facing Lawler again after so many years.

Just a few days out from this scheduled fight, Diaz asked the UFC and Lawler to move the bout from welterweight to middleweight. Although not optimal, Lawler agreed. Now in this ESPN interview, the doubts Diaz has with this fight altogether have come to light. Despite these doubts, when asked if Diaz believes himself to be the best fighter in the world, he gladly responds.

“Yes, I do believe that,” Diaz said. “I do believe that. Like, who do you have, Usman? I think I’d beat the [MUTED] out of Usman. I’ve got a better shot at beating Usman than I do Lawler just because I already beat Lawler. This doesn’t make sense for me to go in there and fight Robbie Lawler again.

Diaz vs. Lawler will go down on the main card of UFC 266 Saturday, Sept. 25 live from Las Vegas.

Does this kind of talk from Nick Diaz so close to his UFC return worry you as a fan? 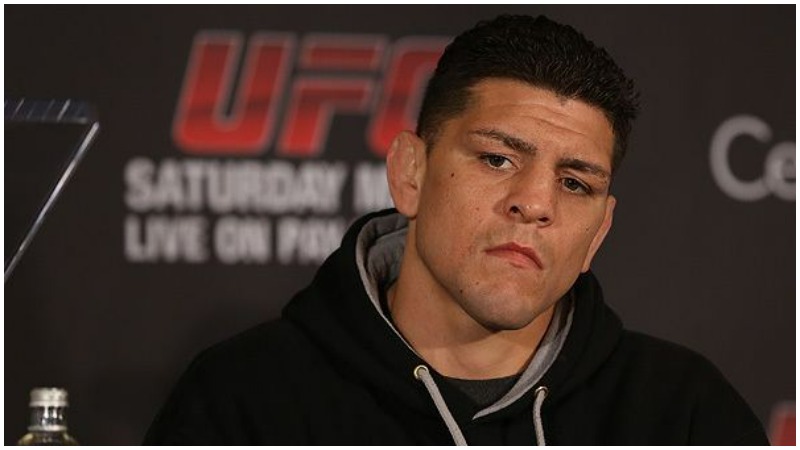