Nick Diaz has somewhat shocked the MMA world by admitting that he never had any love for fighting just days before his long-awaited return to the Octagon.

January 31, 2015, was the last time we saw Nick Diaz compete in the sport of mixed martial arts. Although he suffered a decision loss to Anderson Silva, which was later overturned by the NSAC, his star power never died down, and he remains just as popular to this day.

While the wait for his comeback is almost over, Nick Diaz has boldly claimed that he was never the biggest fan of fighting, despite being a former Strikeforce and WEC welterweight champion.

During a recent interview with Brett Okamoto, Nick Diaz opened up on his thoughts about fighting.

“I never enjoyed fighting. It’s just something that I do.” Diaz said.

Aside from his self-proclaimed “inevitable” return, Nick Diaz explained his reasoning behind his UFC return.

“All the people around me and all the money, and the sponsors, they don’t let me get away from fighting. There’s things I could do, but that’s not gonna work out. I might as well just go and take my punches,” expressed Diaz. “I don’t want to look back and say, ‘Why did I not just do it? Because even though I don’t feel great about everything, if I don’t do this, then I don’t know how I’m gonna feel about myself if I don’t—two years down the road if I’m sitting here going, ‘Why didn’t I just go do these fights? I would’ve won.”

Diaz then insisted that nothing excites him anymore when questioned whether he enjoys any part of the entire process that accompanies these huge events.

“No, nothing. Nothing at all. This whole thing is for everybody else. I’m glad that the fans are happy, and they love it, and that’s just what gets them going, you know? It got me going when I was a kid. Five months in, I was like, ‘Oh yeah, in five months, man, I’m gonna be good!’ And I was good.

Although he may not enjoy it anymore, Nick Diaz is set to compete for the first time in over six years when he faces off against Robbie Lawler at UFC 266 on September 25.

Do you believe that Nick Diaz not enjoying MMA gives him a disadvantage leading into fights? 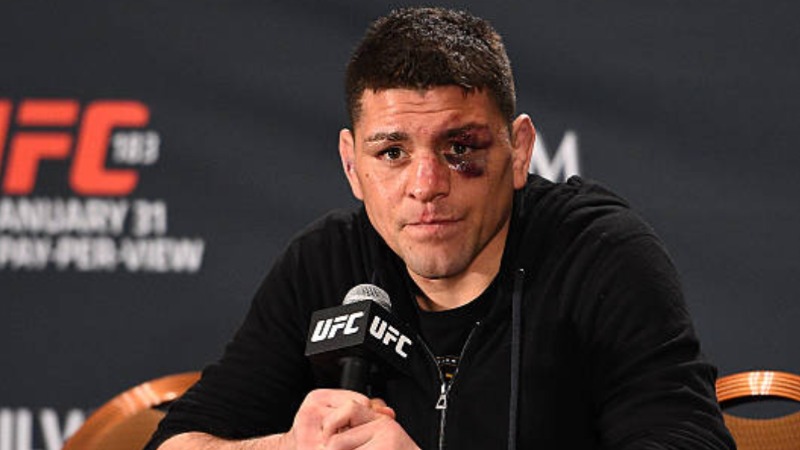