Ngannou vs. Gane & Adesanya vs. Whittaker Targeted For UFC 270
published on October 7, 2021
curated and posted by BRWLRZ Team

The UFC’s first pay-per-view of 2022 will have two title fights on the card as Francis Ngannou will face Ciryl Gane and Israel Adesanya will battle Robert Whittaker.

According to French outlet, La Seur, Ngannou will look to defend his heavyweight title for the first time against the interim champ in Ciryl Gane. The fight will take place at UFC 270 on January 22 with the location still TBD. The report also says Adesanya will rematch Whittaker for the middleweight title on the card as well.

Francis Ngannou (16-3) is coming off a KO win over Stipe Miocic to win the heavyweight title. The victory was his fourth in a row as during the run he KO’d Jairzinho Rozenstruik, Junior dos Santos, Curtis Blaydes, and Cain Velasquez. Ngannou wanted to fight again this year and wanted it to be in September but the promotion couldn’t come to an agreement with him.

Ciryl Gane (10-0) won the interim heavyweight title last time out with a TKO win over Derrick Lewis at UFC 265 in August. It was just his seventh UFC fight and already won UFC gold after just turning pro in August of 2018. In his UFC tenure, he beat Alexander Volkov by decision and also holds notable wins over Jairzinho Rozenstruik, Junior dos Santos, and Tanner Boser.

Ngannou vs. Gane was the fight to make after the Frenchman won the interim belt. It also has a storyline there as they briefly trained together as Gane’s coach is Ngannou’s ex-coach.

With the other title fight, Adesanya and Whittaker will have their highly-anticipated trilogy. The two first met back in October of 2019 at UFC 243 where Adesanya scored a second-round TKO to become the middleweight champ. Since then, he defended his belt against Marvin Vettori, Paulo Costa, and Yoel Romero while losing to Jan Blachowicz for the light heavyweight belt. Whittaker, meanwhile, is 3-0 since losing the belt.

Who do you think will win this pair of blockbuster title fights? 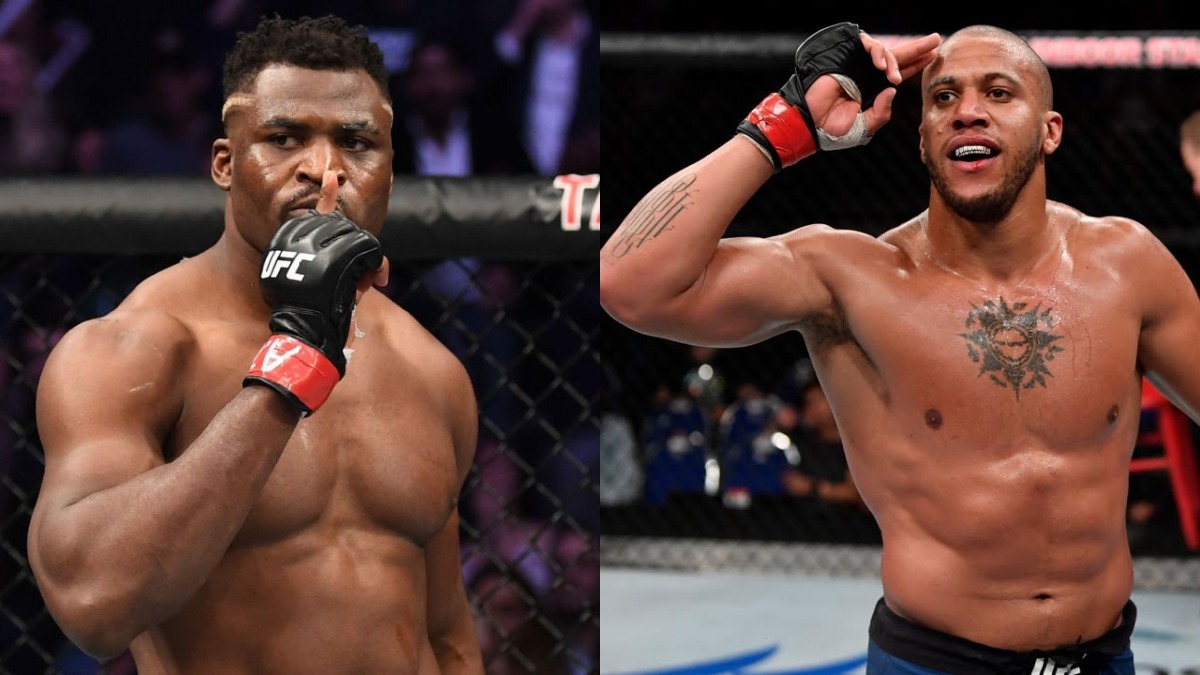