Ngannou Names The Two Toughest Opponents He’s Faced In The UFC
published on January 19, 2022
curated and posted by BRWLRZ Team

Ngannou is currently preparing for a blockbuster unification showdown with his former teammate and current interim titleholder Ciryl Gane. After the pair’s respective championship-winning performances in 2021, they’ll meet in the main event of this weekend’s UFC 270 pay-per-view.

“The Predator” will be riding a five-fight win streak into the opening PPV headliner of 2022. Since back-to-back losses to Stipe Miocic and Derrick Lewis in 2018, Ngannou has been on a brutal and destructive tear. In a total cage time of less than 10 minutes, he’s knocked out Curtis Blaydes, Cain Velasquez, Junior dos Santos, Jairzinho Rozenstruik, and Miocic.

Given the number of opponents he’s slept in the first or second round in the UFC, it’s understandably not easy for the champion to discuss their skills and threats. Nevertheless, Ngannou believes there are two heavyweights that fit the bill as his toughest opposition inside the Octagon.

Ngannou: Miocic Was By Far My Toughest Opponent

In a video uploaded to his YouTube channel, the heavyweight king, as expected, gave the title of toughest opponent to the consensus divisional GOAT Miocic. But despite his only other defeat in the promotion coming against fellow KO artist Derrick Lewis, Ngannou actually named Curtis Blaydes as his second toughest test, despite getting the better of “Razor” twice.

“I didn’t have the chance to explore (many of) them, how tough they are. [LAUGHS] Except Stipe. He’s by far my toughest opponent. If I wanted to bring somebody in, he’ll be Curtis Blaydes. My second fight in the UFC, and I was very surprised how he was moving for a wrestler and how he was able to mix things up. Those were my two toughest opponents that I had to experience.”

Ngannou first had his hand raised against Blaydes at UFC Fight Night 85 in 2016. After 10 minutes of action, the furthest “The Predator” has gone into a fight and won, the contest was stopped prior to the third frame and went down as a TKO (doctor stoppage) victory for the Cameroonian.

The second contest, a 2018 main event in Beijing, China, was much less competitive. On that occasion, Ngannou’s hands were too much for Blaydes, getting the job done after just 45 seconds. Nevertheless, Ngannou recognized Blaydes’ ability in their first meeting.

“He was pretty good. He was tough. He was able to absorb punches. He was moving pretty good for a wrestler, and he had a level change, like, way around a fighter.”

While Blaydes’ inclusion may come as a surprise, Miocic’s position in the top spot certainly won’t. At UFC 220 in 2018, Ngannou challenged the Ohio native for the title. But after being controlled and dominated for 25 minutes, the powerhouse was handed a unanimous decision defeat.

Discussing his opening loss on MMA’s biggest stage, Ngannou said he underprepared and undertrained for the clash. Simply put, he believes he underestimated the step-up in quality he’d experience when facing a world-class champion.

“My first fight against Stipe I clearly underestimated him. I didn’t understand how tough he was. Obviously, I wasn’t ready for that fight. Let’s just be honest. I wasn’t ready. It wasn’t time for me to fight for a title because even though I was a top contender, I was just doing this for five years and been seriously into it for just two years. I didn’t understand anything in the sport… I didn’t really know how to basically prepare a fight for that level, for a world-class (fighter), for a championship. I get everything wrong in that fight.”

Ngannou clearly learned a thing or two about Miocic in 2018. Three years later, he knocked the 39-year-old out to finally reach the top of the heavyweight mountain.

He’ll hope to stay there this weekend when he faces Gane, a technical and unique heavyweight whom many believe will be in the toughest opposition conversation for Ngannou come January 22.

Do you think Francis Ngannou will leave UFC 270 as the undisputed UFC Heavyweight Champion? 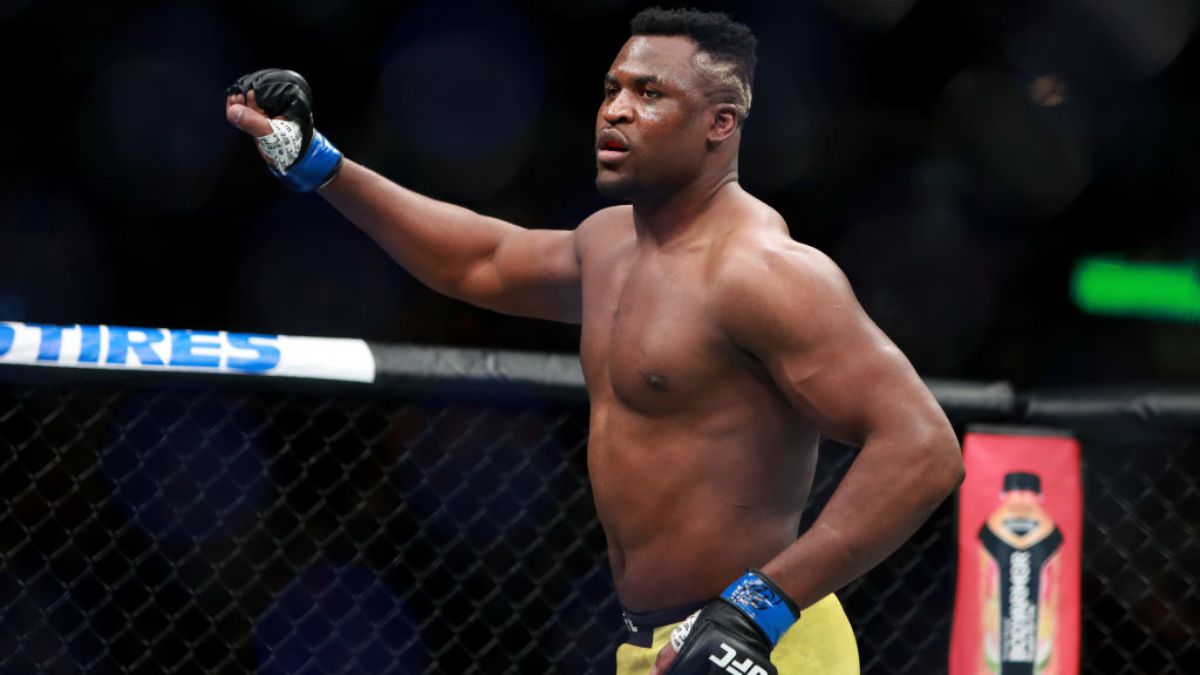