Ngannou: “I’m Willing To Do Whatever It Takes To Get What I Want”
published on January 29, 2022
curated and posted by BRWLRZ Team

UFC heavyweight champion Francis Ngannou says all options are on the table during his continued contract negotiations with the promotion.

Ngannou successfully defended his heavyweight title against Ciryl Gane at UFC 270. Leading up to the fight, Ngannou suffered a knee injury that nearly forced him to pull out.

While he won the fight via unanimous decision, his battle with UFC president Dana White and the brass continue. The two sides have been at odds over contract negotiations as Ngannou’s current deal comes to a close.

During a recent interview with Ariel Helwani on The MMA Hour, Ngannou was asked if he wants to remain with the MMA promotion that made his star power rise.

“Good question, do the UFC still want me to fight there? … If they make things right, yes. That’s all I’ve been saying.”

Ngannou went on to elaborate on whether or not he’s willing to walk away from the UFC if he and the brass can’t come to terms.

“I’m willing to do whatever it takes to get what I want. Listen, as I said, even before this fight, I walked into this fight knowing I could have lost this fight. But, I reviewed everything, in me, I’m like, if this is it, if this is the end, let it be on my way, it’s gonna be on my way; I’m gonna make the call how it ends. It won’t end on somebody (else’s) rules, it will end on my rules.”

Ngannou has remained vocal in his demands for not only better pay, but fair terms in his contract. He wants to pursue potential opportunities in boxing including against heavyweight champion Tyson Fury.

Many fighters have come to Ngannou’s defense amidst his outspokenness towards the UFC, including former champions such as Tito Ortiz. The issue of UFC fighter pay has been a hot topic of discussion over the past few years.

Ngannou is expected to miss at least nine months after he undergoes surgery on his knee. It’s unclear if he’ll return to the UFC later this year or pursue other avenues.

Do you think Francis Ngannou will fight in the UFC again? 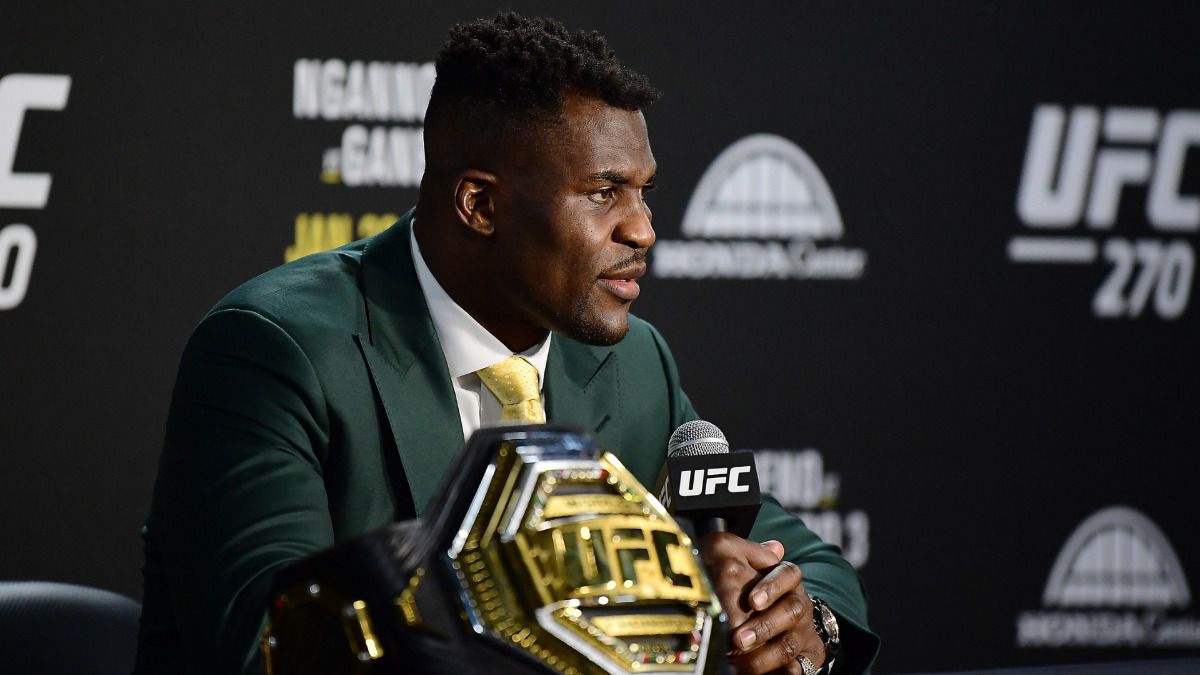