Ngannou: I Always Expected To Fight Former Teammate Gane In The UFC
published on November 27, 2021
curated and posted by BRWLRZ Team

Ngannou, who arrived in the UFC four years before fans first caught a glimpse of Gane in the Octagon, reached the heavyweight mountaintop at the second time of trying in March this year.

After falling short of Stipe Miocic‘s gold in 2018, “The Predator” capped off a dominant tear back to the top, which included knockouts of Curtis Blaydes, Cain Velasquez, Junior dos Santos, and Jairzinho Rozenstruik, with a title crowning in the UFC 260 main event.

While Ngannou’s journey to dethroning Miocic involved some setbacks, Gane’s road to UFC gold saw him build an unblemished record. After entering the Dana White-led promotion at 3-0, “Bon Gamin” impressed in his early fights and secured an interim title shot this year after main event wins over dos Santos, Rozenstruik, and Alexander Volkov. In front of a sold-out Houston crowd at UFC 265, he finished Derrick Lewis to win the belt.

The two titleholders, who used to train together at Paris’ renowned MMA Factory gym, are now set to square off in a blockbuster unification bout at UFC 270 on January 22.

Despite the fact Gane only made the transition from Muay Thai to MMA in 2018, and only reached 10 professional fights with his victory over Lewis in August, Ngannou has admitted that he always expected to face the Frenchman in the UFC.

Speaking to former two-division UFC champ Daniel Cormier in part two of The DC Check-in with Francis Ngannou, the Cameroonian acknowledged Gane’s ability and talents inside the Octagon, suggesting he imagined a matchup with his former teammate would take place in the world’s premier MMA promotion.

“Yeah, I didn’t know when or how long, but I imagined that it could happen. He’s a very talented guy. He’s really good. And in this sport, the landscape can change at any time. It can move. So it was a possibility. I knew that he was a possibility.”

Ngannou’s comments come weeks after his former coach Fernand Lopez accused the champ of sabotaging his efforts to ascend Gane into the UFC. According to the MMA Factory founder, “The Predator” told matchmaker Mick Maynard “Bon Gamin” wasn’t ready for the UFC.

Judging by his latest remarks, Ngannou was seemingly high on his former training partner and his chances of joining him in the UFC.

While it’s not clear whether these comments suggest a denial of Lopez’s accusations or infer that Ngannou did indeed turn the promotion away from Gane in order to protect his own UFC aspirations, they certainly offer some more insight into Ngannou’s feelings towards the interim champ.

Who do you think will emerge from UFC 270 with the undisputed heavyweight gold, Francis Ngannou or Ciryl Gane? 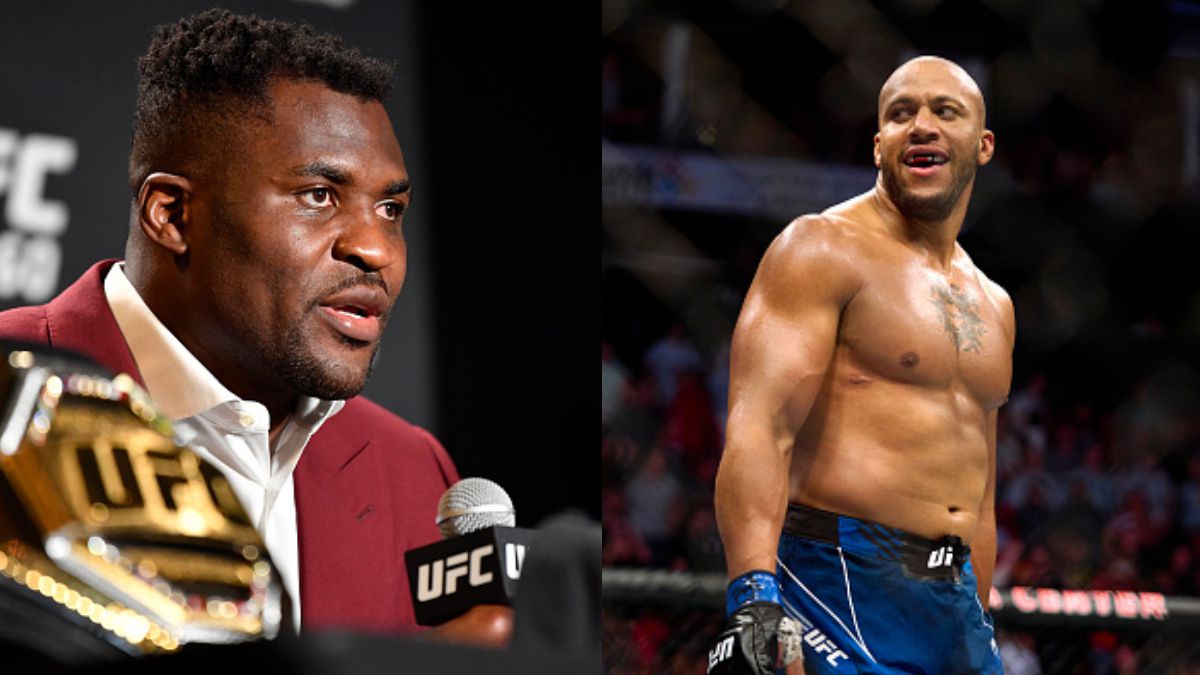