Ngannou Felt As If He Was Fighting Miocic In His Mind During UFC 226
published on January 18, 2022
curated and posted by BRWLRZ Team

The fight with Stipe Miocic took a toll on Francis Ngannou‘s mind.

Francis Ngannou is the UFC heavyweight champion and is a force to be reckoned with. He is lined up for his first title defense against interim champion Ciryl Gane, but in the leadup, Ngannou can’t help but think back to his first shot at the title, his 2018 loss to Stipe Miocic. Ngannou reminisced about this while speaking with Daniel Cormier.

The loss against Miocic at UFC 220 was the first of Ngannou’s UFC career. The loss put a halt to the hype train that Ngannou had been riding up until that point. The knockout machine was put through five tough rounds against Miocic, unlike any fight he had been in up to that point. It seemed that the mental toll it took on him continued through his next fight.

“I swear to God, at the end of the fight, I thought it was like maybe the second round or something,” He explained. “I wasn’t even there. Because I was still fighting Stipe in my mind. I was just like, “Calm down, you’re gonna cut him. You’re gonna have time. Take your time.’ So time was going by, and I wasn’t realizing how fast time was going. I was like, ‘I’m good’ until like, ‘Oh, this is the end?’ I was even surprised.”

The loss to Miocic and Lewis are the only two stains of Ngannou’s UFC resume to this point. Ngannou got back on track against Curtis Blaydes and racked up four more wins. He found his way back up to Miocic, and this time would not be denied. Ngannou is the champ now and plans to stay there for quite some time. He will have his first test as champ on Jan. 22 at UFC 270.

What do you think of Ngannou’s mindset and the toll the fight with Stipe Miocic took on him? 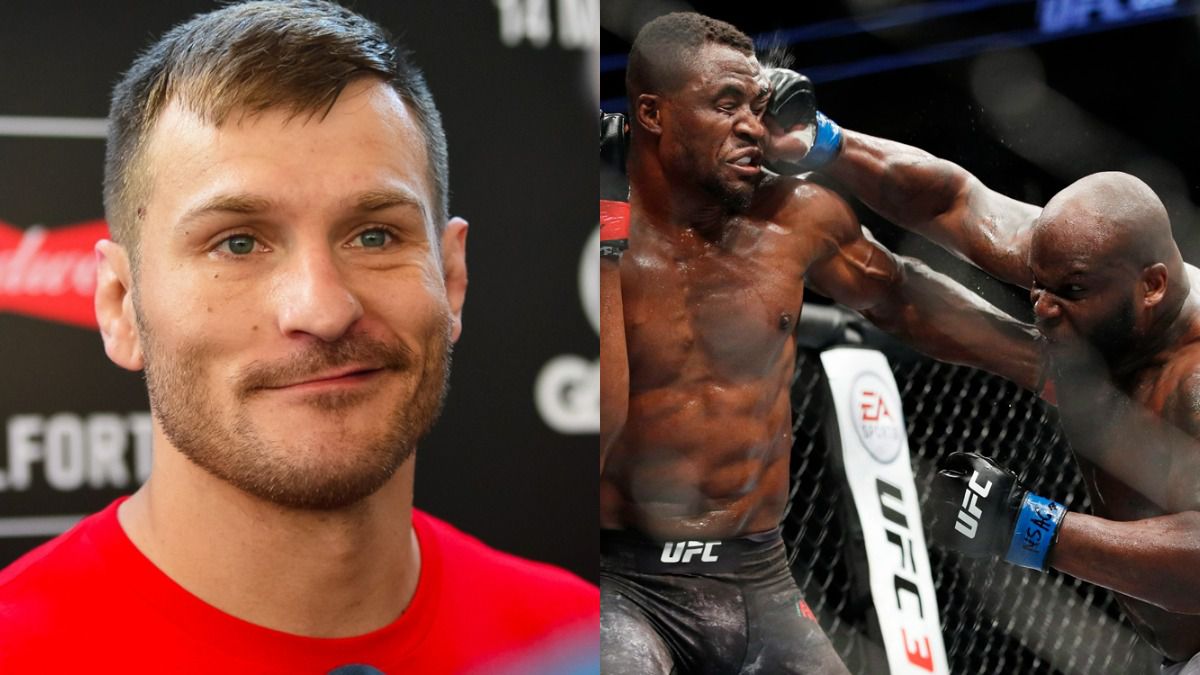