Neal Tells Brunson To “Mind Your Business” After Welterweight Criticism
published on November 10, 2021
curated and posted by BRWLRZ Team

After Derek Brunson slammed the UFC welterweight roster for not calling out Khamzat Chimaev, Geoff Neal has told the middleweight contender to focus on his own division.

Chimaev returned to action after over a year on the sidelines at UFC 267 last month. Having established his name with three dominant wins against John Phillips, Rhys McKee, and Gerald Meerschaert in the space of just 66 days last year, “Borz” found himself contemplating retirement after a battle with COVID-19.

After a full recovery, Chimaev returned to Abu Dhabi for his fourth Octagon outing on October 30. Against ranked contender Li Jingliang, the Chechen-born Swede kept his hype train on the tracks with an impressive first-round submission. In the aftermath, Chimaev put the rest of the welterweight division on notice.

Having entered the 170-pound top 10, it seems likely Chimaev is only one or two wins away from a shot at welterweight gold. With that in mind, Brunson, who is currently battling to secure a rematch with 185-pound king Israel Adesanya, slammed the contenders in the weight class below him for letting “Borz” jump them in the queue. Brunson suggested welterweights were “tripping” for not calling Chimaev out.

““So y’all WWs are just going to let Khamzat Chimaev pass y’all in the rankings, title shots & not call him out. Y’all tripping”

Neal Advises Brunson To Focus On His Own Division

Now, one ranked welterweight has hit back at Brunson. Speaking during an interview with MMA News’ James Lynch, #11-ranked Geoff Neal questioned his UFC peer’s decision to criticize his fellow athletes. “Handz of Steel” also pointed out that top-10 contender Neil Magny has continuously called Chimaev out, while most others are already booked in fights.

“I disagree, for sure. Because a lot of the welterweights are already matched up first of all. Second of all, you don’t know the negotiations that are going behind it… Neil Magny’s been calling him (Chimaev) out for damn-near a whole year. You know what I mean, he can’t say people having been calling him out,” Neal told MMA News.

Neal also criticized Brunson for attempting to create a negative narrative about another division. According to the 31-year-old, the middleweight needs to mind his business and focus on his own division.

Catch our full interview with Geoff Neal ahead of UFC 269 below:

After losing two on the bounce against Stephen “Wonderboy” Thompson and Magny, Neal will be looking to return to the win column when he’s back in action at UFC 269 on December 11. At a stacked final pay-per-view of the year, “Handz of Steel” is set to face Santiago Ponzinibbio.

Do you agree with Geoff Neal? Should Derek Brunson focus his attention on his own division? 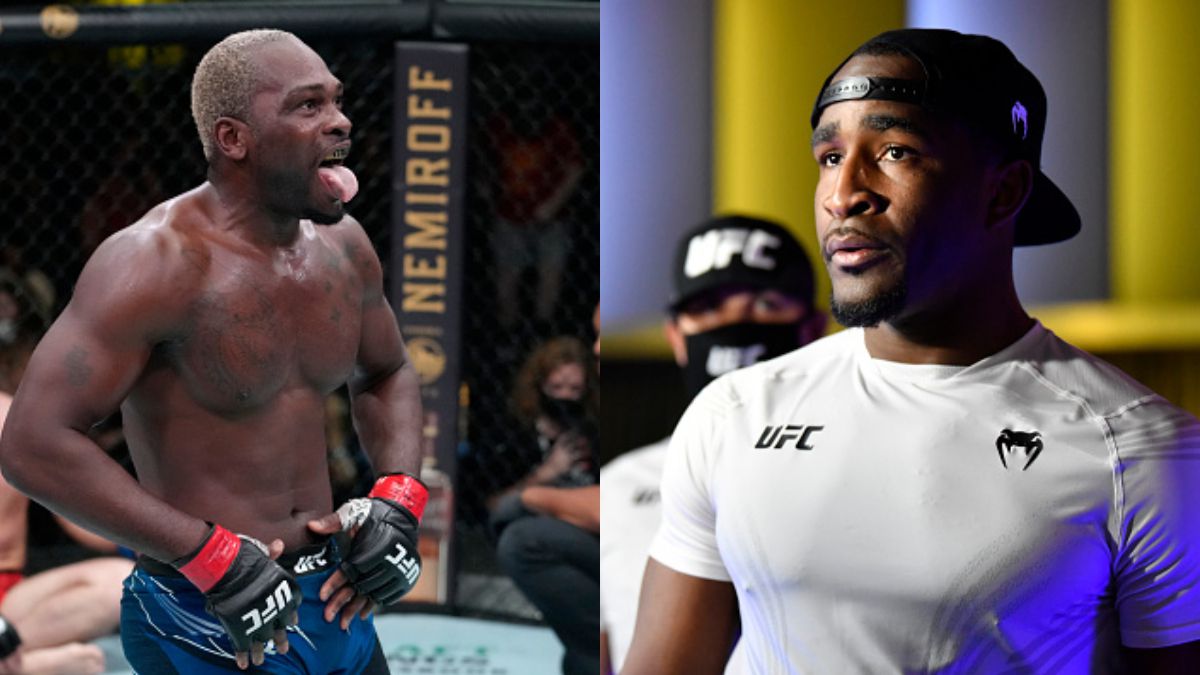