Nate Diaz recently took a shot at both Dustin Poirier and Conor McGregor on Twitter. Shortly after, the Stockton fighter was challenged by Khamzat Chimaev.

Here is what Diaz posted about Poirier and Conor on Twitter:

Conor and Diaz exchanged wins in back-to-back fights at UFC 196 and UFC 202. Diaz and Poirier were expected to face each other at UFC 230 but Poirier was forced to pull out due to injury. Diaz spoke with ESPN last year about how he considers Poirier pulling out of the fight as a victory.

“If me and you are supposed to meet for training tomorrow, for jiu-jitsu or boxing or MMA or whatever, we have an appointment. We’re going tomorrow at seven p.m. and we’re going to train,” Diaz said. “Me and you. And if you get a f*cking stomach ache or your tooth ache or your hair or any of that or something ain’t right or your girlfriend’s mad and you don’t make it to seven o’clock, you lost, dude. You can’t make it, you can’t cut it. Straight up, that’s a L.”

Diaz then sent out a Tweet indicated he’s looking at fighting at a catchweight of 165lbs when he returns.

Diaz then Tweeted the following: 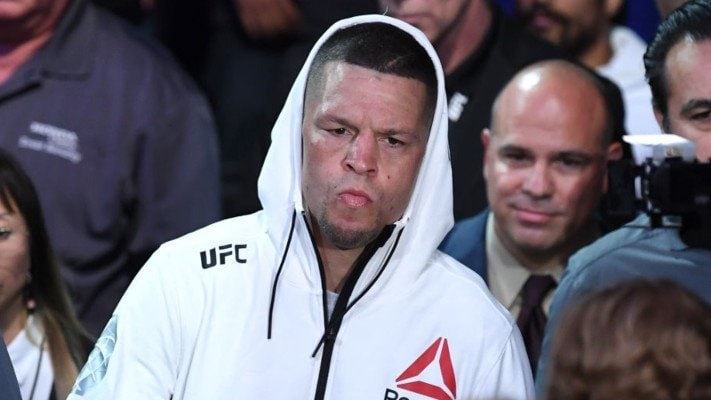