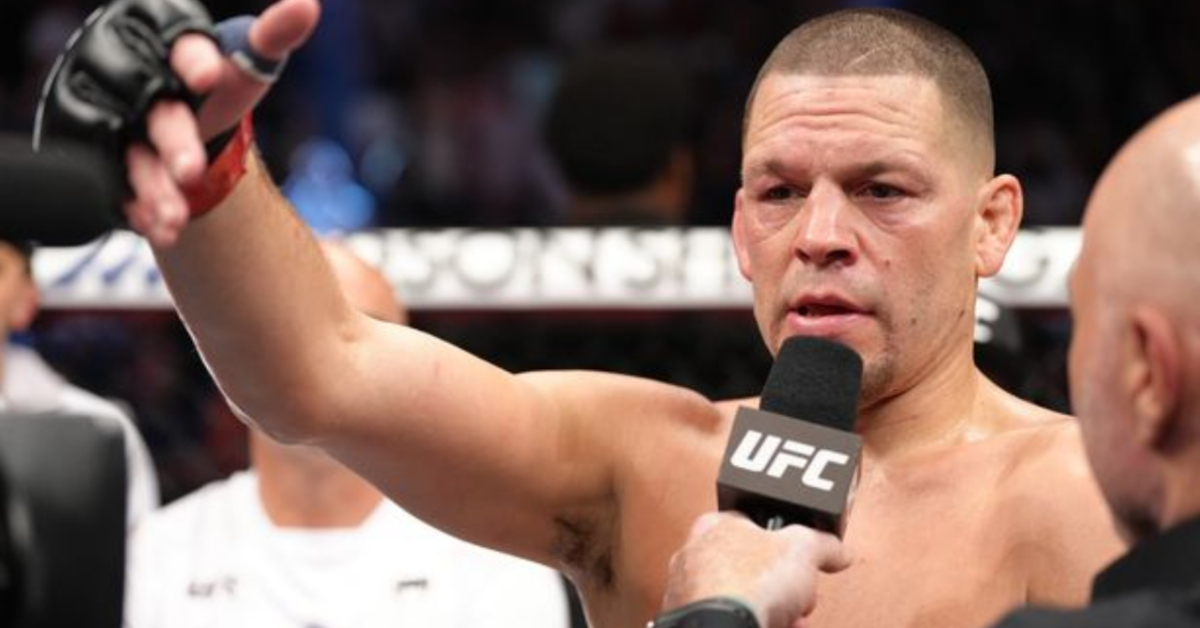 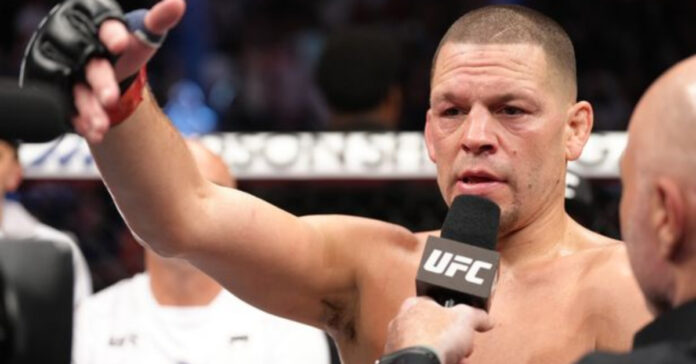 Nate Diaz has unleashed a scathing response aimed at former UFC middleweight champion, Michael Bisping – labelling the Hall of Fame inductee a “goofy f*cker” after the latter doubted Diaz’s chances in a potential boxing match against the undefeated, Jake Paul.

Diaz, who most recently competed professionally back in September, topped a UFC 279 pay-per-view in an impromptu fight against former interim lightweight champion, Tony Ferguson, securing a fourth round guillotine choke win.

The bout came as the final on Diaz’s contract with the UFC, with the Stockton favorite set to depart the organization once his period of exclusive matching rights comes to a close before the end of this year.

“Listen, with boxing gloves on, I don’t think it will be a good idea for Nate Diaz,” Michael Bisping said on his YouTube channel. “Nate Diaz was a tremendous mixed martial artist. He beat some phenomenal people, had a tremendous career. He lost some fights and he won a lot of fights. The Jiu-Jitsu would be gone, the kicking game is gone, the general craftsmanship and the gameplans and the adversity of attacks, punches, kicks, knees, elbows, strangles, chokeholds, triangles, takedowns, you name it. That’s what Diaz could do. Those are the advantages he’d have over a Jake Paul.”

“If he was to fight Jake Paul and at that weight, 200 pounds or 196 pounds, whatever weight they want to come in at,” Michael Bisping said. “I don’t think think it would go very well for Nate Diaz. However, I will say this, I think they would both make a lot of money.”

In a response to Bisping, Diaz posted footage of the Manchester native suffering a thunderous knockout loss to Dan Henderson at UFC 100, calling the former titleholder a “goofy f*cker” to boot.

“The only fight I ever saw by this goofy f*cker,” Nate Diaz tweeted. “Don’t hate me cause you ain’t me MB (Michael Bisping).”