Nate Diaz blasted Jorge Masvidal with a subtle, albeit savage tweet after Masvidal called him out for dissing Dustin Poirier.

Diaz and Poirier have gone back and forth on social media for months, especially after Poirier’s loss to Charles Oliveira at UFC 269. Masvidal, an American Top Team teammate of Poirier, wasn’t happy with Diaz’s latest jabs at the two-time lightweight title challenger.

Masvidal aimed at Diaz’s inability to defend kicks, which he has been criticized for throughout his career. After getting word of Masvidal’s tweet, Diaz took the time to hit back with an image from Masvidal’s knockout loss to Kamaru Usman at UFC 261.

“I just came across this,” Diaz tweeted along with the image.

Nate Diaz & Jorge Masvidal Have Had Beef Since Their BMF Bout

At one point, there appeared to be a large amount of mutual respect between Diaz and Masvidal heading into their BMF matchup at UFC 244. After Masvidal earned the win via doctor’s stoppage and an immediate rematch wasn’t granted, Diaz has grown hostile towards Masvidal.

Diaz is coming off his UFC 263 loss to Leon Edwards earlier this year, a fellow rival of Masvidal’s. Both men are awaiting their next opponents in the Octagon as the UFC turns its attention to 2022.

Diaz had been recently linked to a possible matchup with Khamzat Chimaev, although Diaz emphatically rejected that pairing. Diaz and Conor McGregor have also gone back-and-forth on social media, and a trilogy between them could also be imminent.

Diaz and Poirier could potentially be on a collision course after Poirier hinted at a move to welterweight. If that fight doesn’t come to fruition, we could see a second BMF matchup with quite the buildup leading up to it.

Do you think we’ll ever see a BMF rematch between Nate Diaz and Jorge Masvidal? 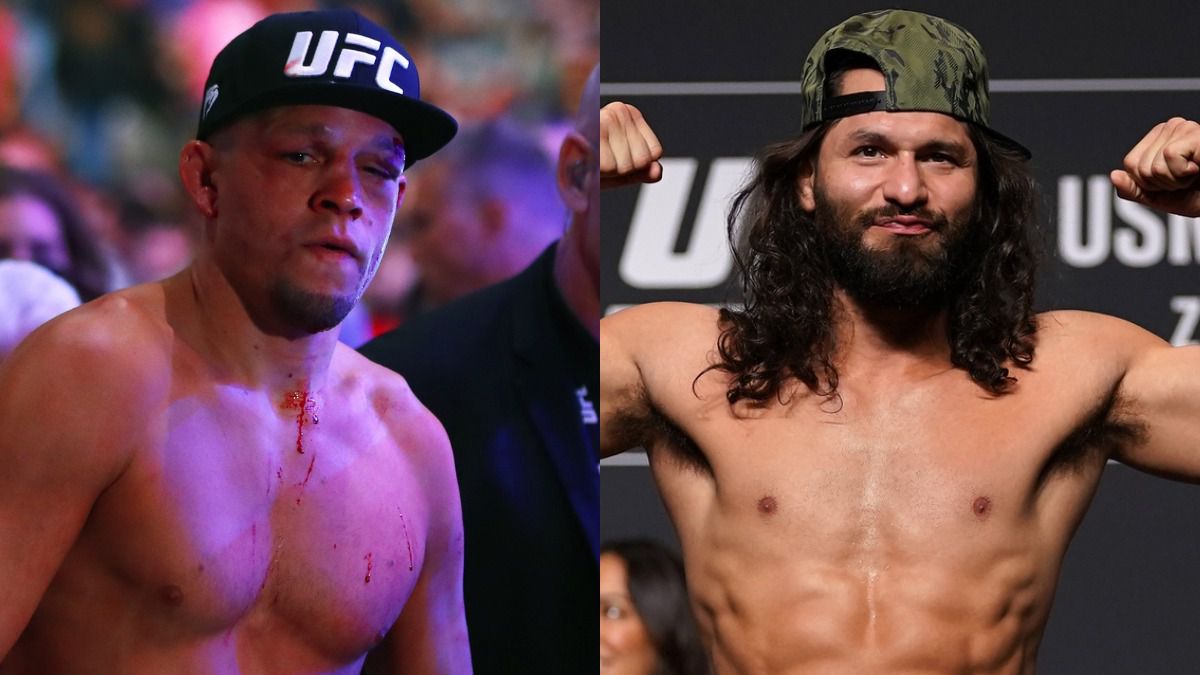