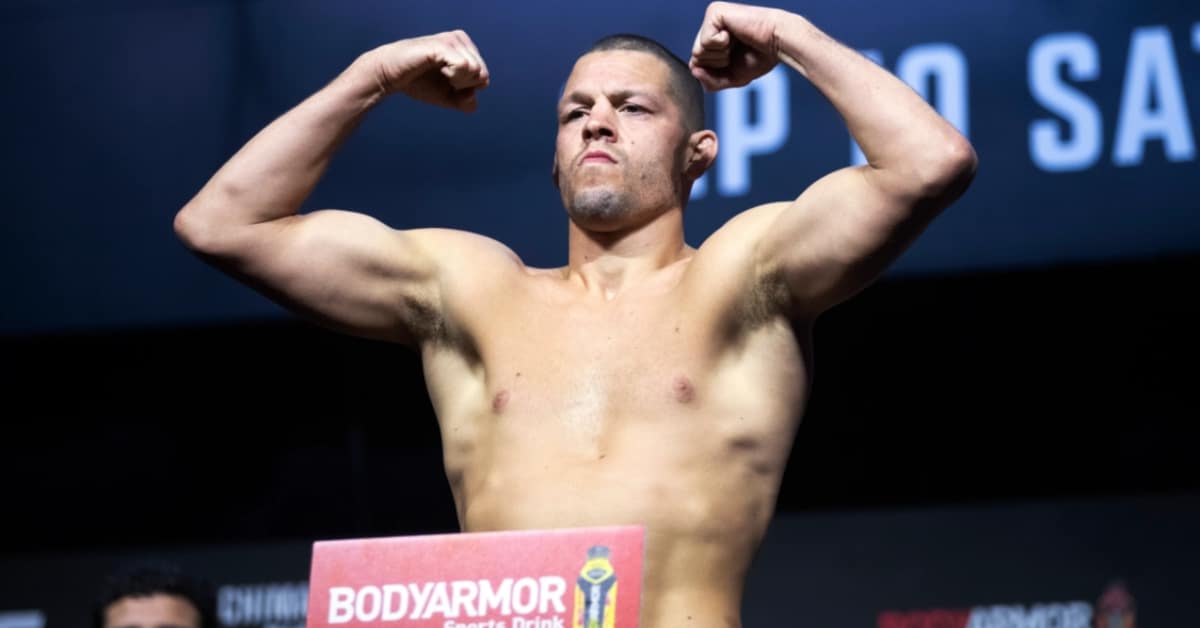 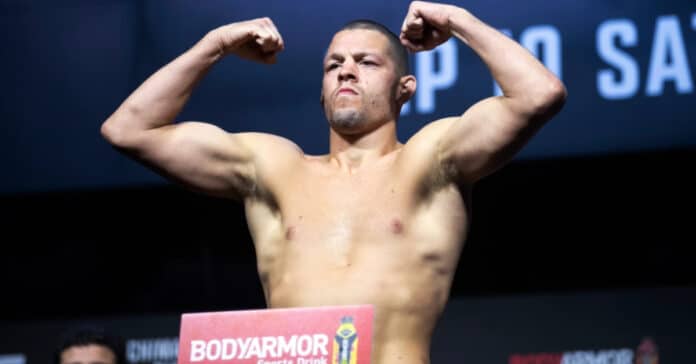 UFC welterweight and lightweight alum, Nate Diaz is now free to field offers from potential suitors as well as test waters in other sports, after the Stockton favorite’s period of negotiating exclusivity with the Dana White-led promotion came to an end last night.

As per an initial report from MMA Fighting reporter, Damon Martin, Diaz’s period of exclusivity with the organization expired last Monday night.

Nate Diaz has officially been removed from the UFC roster with his contract ending with the promotion, per UFC officials.

“Nate Diaz has officially been removed from the UFC roster with his contract ending with the promotion, per UFC officials,” Martin tweeted.

As per Nate Diaz’s manager, Zach Rosenfield through Ariel Helwani, Diaz will look to compete in combat sports two if not three times next year to boot.

“Nathan Diaz’s UFC run has officially come to an end for now,” Helwani tweeted. “Diaz’s rep Zach Rosenfield confirmed Diaz is now a free agent. He would not go into detail regarding Diaz’s negotiations with the UFC since his fight with Ferguson, only to say that they were positive and friendly.”

“Diaz is now able to explore free agency, and per Rosenfield, has since begun that process. UFC had an exclusive 3-month negotiation period that was set to expire 12/9. Diaz’s removal from the UFC rankings was first reported by @DamonMartin. Rosenfield said this happened last night.”

“This does not shut the door on Diaz continuing to stay in the UFC,” Rosenfield said. “With the pending return of Conor McGregor, that fight still remains extremely appealing to both fans, the promotion, as well as Diaz and McGregor. But what is clear is that the long-awaited Nathan Diaz free agent sweepstakes have officially begun.”

Headlining UFC 279 back in September in an impromptu welterweight main event against former interim lightweight champion, Tony Ferguson, Diaz snapped a run of losses to both champion, Leon Edwards, and contender, Jorge Masvidal – with a fourth round guillotine victory in his final Octagon outing.