Nate Diaz Is Awarded The Key To Stockton
published on December 7, 2022
curated and posted by BRWLRZ Team 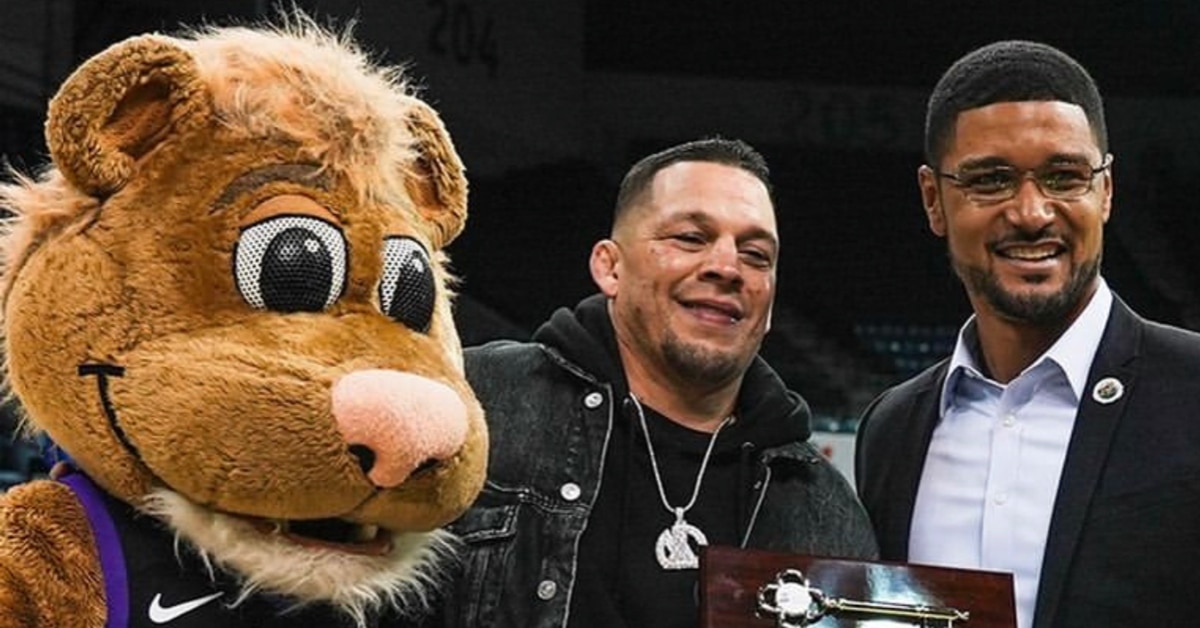 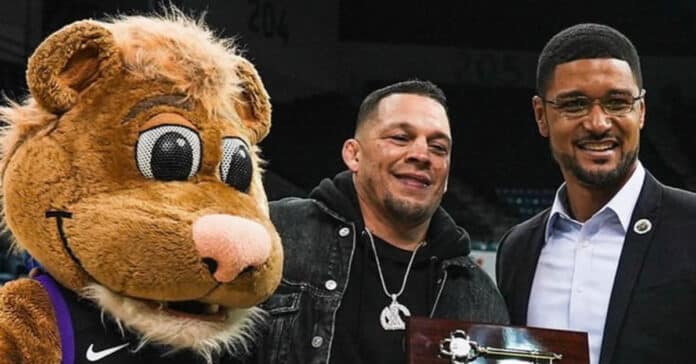 Diaz was in attendance for the Stockton Kings game, an affiliate for the NBA’s Sacramento Kings. Mayor Kevin Lincoln presented Diaz with the award. He credited his “grit” and “determination” and labeled him a great representative for the city.

Throughout his MMA career, Diaz has represented Compton religiously. Nate and his brother Nick Diaz have become synonymous with the “209”. They have each found individual success across different organizations.

“I want to say it’s an honor, thank you very much to Stockton, California, for rocking with me,” Diaz said. “I’ve been rocking with Stockton this whole time … I’m going to be forever rocking Stockton, I ain’t going nowhere.” (h/t MMA Fighting)

Diaz last fought at UFC 279, where he earned a fourth-round submission win over Tony Ferguson on Sept.10. He became a free agent in November and is actively looking for the next opportunity. After his last fight, Diaz was certain about a UFC return but after he gains success in other ventures, including boxing.