Nate Diaz Denies Khamzat Chimaev Fight: ‘Don’t Disrespect Me Like That’
published on December 3, 2021
curated and posted by BRWLRZ Team

Nate Diaz says that he is not going to be fighting Khamzat Chimaev.

Diaz is on the last fight of his UFC contract and has been looking for a big fight to fill that position after having lost a decision to Leon Edwards in June. The UFC has had someone specific in mind, namely rising red hot prospect Khamzat Chimaev, which has caused mixed reactions from fans.

However, Diaz has been outspoken about his lack of desire to take that fight and spoke out about it once again while speaking with TMZ. Here, he explained that he felt it disrespectful for the UFC to offer him a fight against someone who has only had four fights in the UFC and that he instead wants someone in the top ten of either lightweight or welterweight.

“They’re coming at me with (Chimaev), and I’m like, don’t disrespect me like that. You’re going to try to offer me a rookie? I’m cool. You got four fights in the UFC, don’t even talk my name. Definitely do not even talk. Fight the newer guys in the UFC… There’s levels to this, and I don’t even want to here his name.”

That said, Nate Diaz did have someone in mind that Khamzat Chimaev could fight instead. He offered his teammate, undefeated Nick Maximov, who made his successful UFC debut at UFC 266 in September.

“Hey Khamzat, if you’re in there, don’t be a bitch. My boy’s right here (Maximov), fight him. Quit talking my name. And anybody in the higher level, even playing along with this Khamzat shit, you’re a bitch, too. Taking that shit.

“You’re a new rookie. Deal with new people. Don’t be talking my name.”

Nate Diaz ended the interview by saying that he hopes to be back in action at UFC 270, which takes place in his home state of California. It will be interesting to see if that comes together since he does not appear interested in being a part of the Khamzat Chimaev hype train. 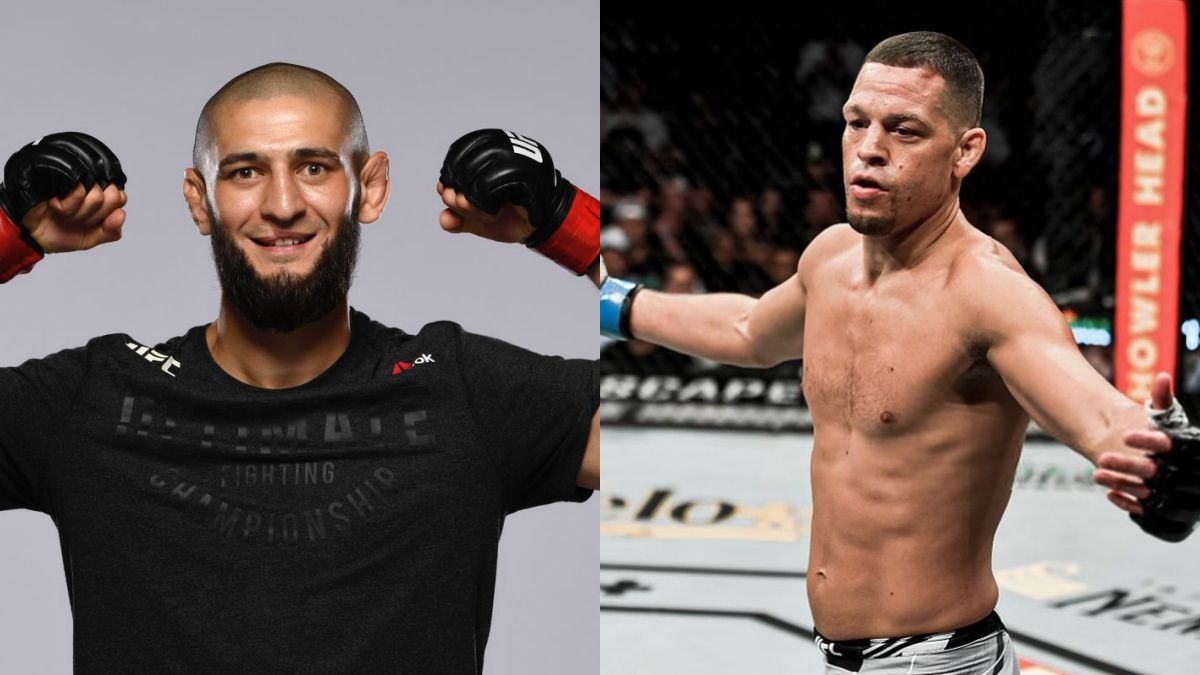