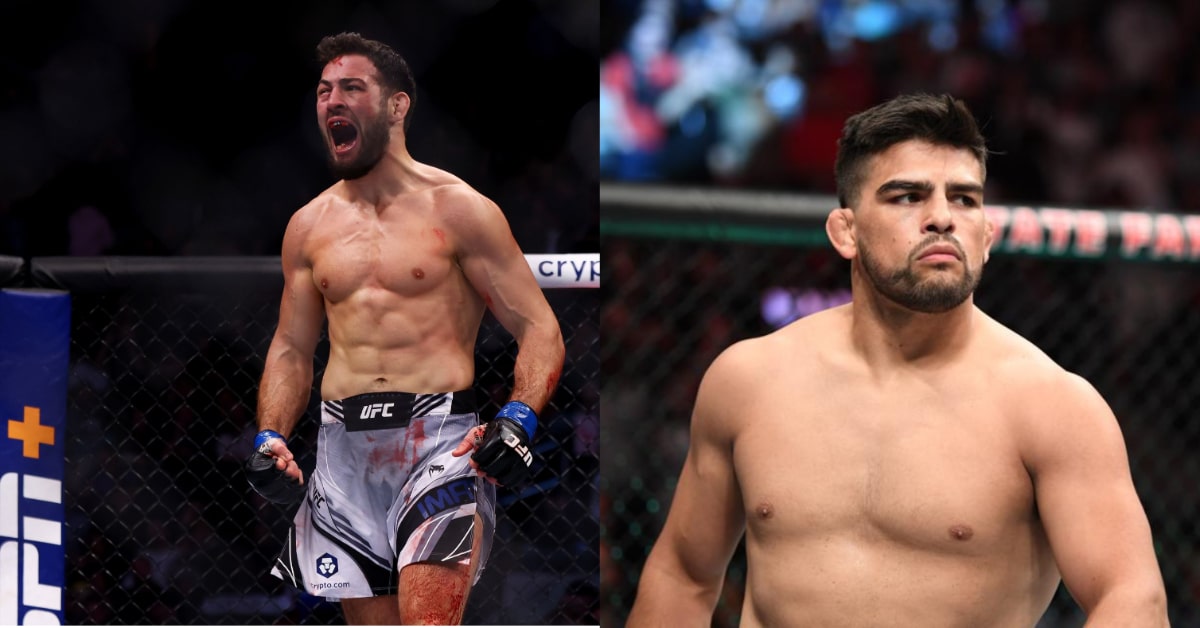 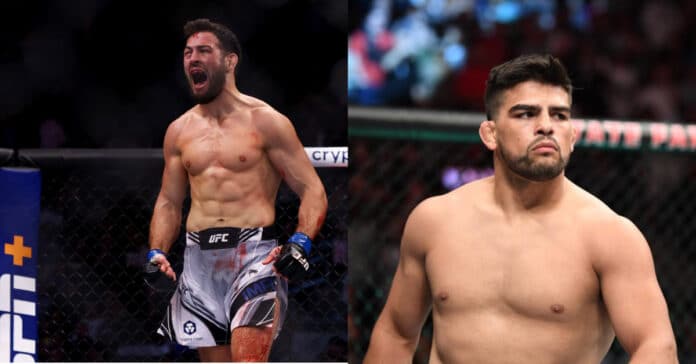 Nassourdine Imavov will headline the first UFC card of 2023 when he takes on experienced middleweight Kelvin Gastelum on January 14th at the UFC Apex in Las Vegas, Nevada.

Imavov is currently riding a three-fight win streak in the UFC octagon and finds himself up against a competitor in Kelvin Gastelum who is on a much different career trajectory.

We last saw Nassourdine Imavov face off with Joaquin Buckley at UFC Fight Night: Gane vs. Tuivasa in Paris, France. In this fight, Imavov earned a Unanimous Decision victory in his home country and saw his name vault into the top 15 Middleweight rankings.

Leading up to this bout with Gastelum, Nassourdine Imavov took time to speak with James Lynch of LowKickMMA, discussing the anticipation surrounding his upcoming bout.

Pertaining to his most recent victory over Buckley in Paris, Imavov states:

“It was huge to fight for the first UFC in Paris. It’s been a long time that we’re awaiting the UFC in France and I’m very happy to win in Paris with my people.”

January 14th will be Imavov’s sixth appearance in the UFC, and for the first time, he finds himself as a main event headliner. Speaking about this opportunity, he continues:

Imavov vs. Gastelum was a fight originally scheduled to be a part of the UFC 273 card back in April, and finally, in January of 2023, it comes to fruition. Nassourdine offers up his comments about the fight being rebooked:

Imamov Talks About Gastelum as an Opponent

Kelvin Gastelum is certainly a big name and a veteran of the UFC octagon. Gastelum has previously been a title challenger in his career and has fought numerous legends of the game along his journey. Although Gastelum hasn’t enjoyed a victory since February of 2021, he still remains one of the most dangerous and durable Middleweights on the UFC roster. Imavov takes a portion of the interview to talk about the matchup with Gastelum and how their styles will clash:

“Kelvin is a very tough guy; I have a lot of respect for him. He’s a warrior like me and I think his style and my style will be a big fight. But I’m here, I’m also a warrior and I think one of us will (go) down… Kelvin has been in the UFC for a very long time, and he has fought a lot of guys… He’s a young fighter but he has a lot of experience. He has taken a lot of damage over his career and that’s a good thing for me.”

On fight night, Imavov will be cornered by his head coach Fernand Lopez but will also be joined by a few others that are special to Imavov. Nassourdine reveals two other cornermen that will support him for this fight:

“(Lopez) will be in my corner but my big brother Ibrahim will also be here, my true sparring partner will be here, and maybe Cyril Gane also.”

Imavov on Training with Cyril Gane

Fellow Frenchman Cyril Gane has enjoyed much success in the UFC, and Imavov reflects on his opportunity to train with someone of Gane’s level. He goes on to speak very highly of Gane:

“I love to train with Cyril Gane. I learned a lot with Cyril and when I talked with him, I’m aware that I have a lot of obstacles in front of me, and I want to take it the same way. (Cyril’s) always smiling, and he always has a very good ambiance in the gym.”

Prediction for Fight with Gastelum

Nassourdine Imavov was asked how he thinks this fight will play out, and his overall strategy for facing such a tough opponent. To this question, Imavov answered:

“Before my fight against Joaquin Buckley, I had two victories by knockout. My last win was on points, but I will do everything to knock him out. But I’m aware that he will do the same thing. Me, I will try everything to make him a knockout for sure. Of course, a fight of five rounds is not like three rounds. Everything is longer and harder, and my sparring and training are more difficult.”

The long-awaited return of the UFC will take place on January 14th as Nassourdine Imavov and Kelvin Gastelum headline Fight Night at the UFC Apex in Las Vegas. Imavov looks to continue his win streak, putting his number 12 ranking in the middleweight division on the line. No.13 ranked Kelvin Gastelum looks for his first win since 2021 and a chance to move closer to another title shot. UFC fans around the world, tune in and watch as these Middleweight warriors go to battle.