Namajunas Reveals What Was Said During Zhang Rematch At UFC 268
published on November 9, 2021
curated and posted by BRWLRZ Team

UFC Women’s Strawweight Champion Rose Namajunas has revealed what was said during her rematch with Zhang Weili at UFC 268.

At UFC 261, Namajunas became the only woman in UFC history to regain a belt after losing it. After a slam at the hands of Jéssica Andrade saw her dethroned in 2019, “Thug Rose” secured a chance at redemption against Weili earlier this year after emerging victorious in a rematch against Andrade. Making the most of her title shot, Namajunas knocked “Magnum” out less than a minute-and-a-half into the opening round.

Having snapped the Chinese star’s 21-fight winning streak and unbeaten UFC record, Namajunas began her second reign on the 115-pound throne with a rematch against Weili. As many expected, their second clash this past weekend was a much more competitive affair and went the full 25-minute distance. In the end, it was the champion who fell on the right side of a tight split decision.

Following UFC 261, a clip of Namajunas repeatedly saying to herself “I’m the best” went viral, with sports teams around the world using the affirmation in their own endeavours. Even UFC Flyweight Champion Brandon Moreno was inspired ahead of his own title crowning against Deiveson Figueiredo at UFC 263.

During her Madison Square Garden walkout on Saturday, “Thug Rose” looked to motivate herself with the same words again. She also brought the phrase out inside the Octagon during the co-main event clash. But this time, Weili had a response. Speaking at the UFC 268 post-fight press conference, Namajunas shared a verbal interaction she had with her rival during their five-round championship rematch.

While Weili looks to rebound back into title contention in her next outing, Namajunas will be hoping to successfully record the second defense of her second strawweight reign when she returns to action. Despite both the commentary team and UFC President Dana White seemingly dismissing her title credentials, the obvious next contender is Carla Esparza.

Not only has “Cookie Monster” built a five-fight win streak that includes victories over Marina Rodriguez, Yan Xiaonan, Michelle Waterson, and Alexa Grasso, she also defeated Namajunas to become the inaugural 115-pound champ when they collided in 2014, leaving a ready-built storyline for a rematch. After Namajunas expressed her own desire to run it back with Esparza, it seems unlikely the promotion can turn a blind eye to that rematch.

Who should Rose Namajunas defend her strawweight title against next? 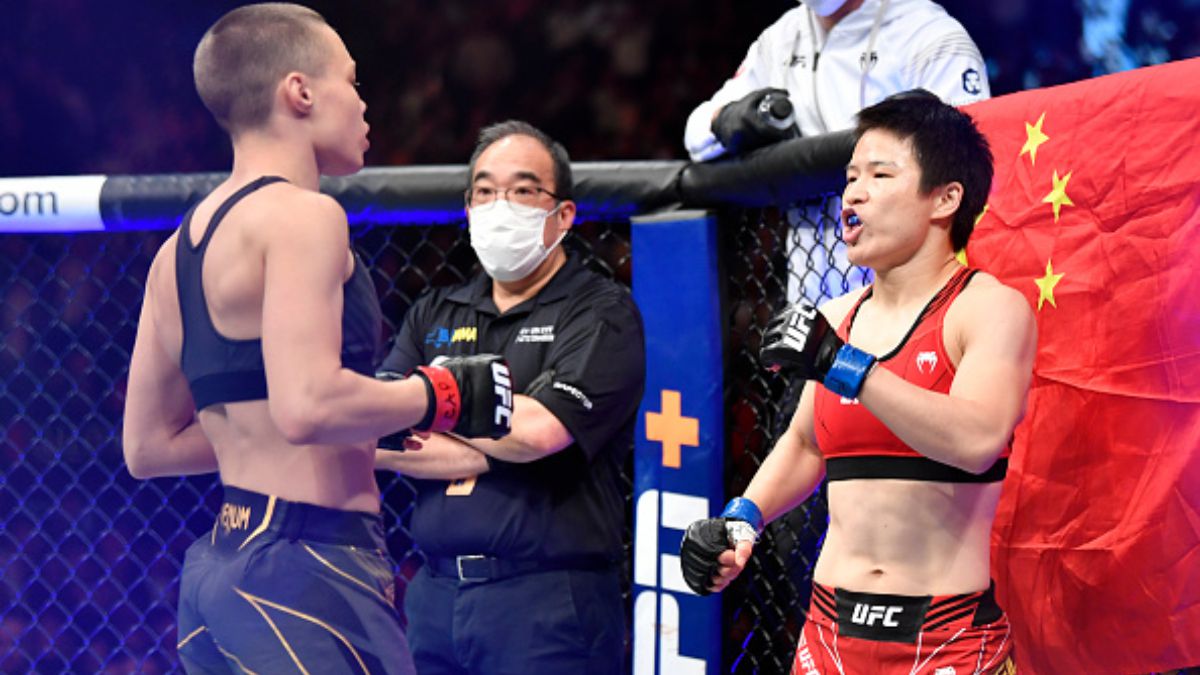