Khamzat Chimaev and Khabib Nurmagomedov are on good terms again after a falling out earlier this year.

In June, we reported on Khamzat Chimaev’s exit from management team Dominance MMA, which came on the heels of some comments Chimaev made that ruffled some feathers.

During a Q&A session alongside Chechen leader Ramzan Kadyrov in May, Chimaev stated that he would “smash” the retired Khabib Nurmagomedov. Being that Khabib is a valued, senior member of the Dominance MMA family, this blasphemous comment appeared to trigger Chimaev’s departure from the team.

“Borz” also had a tense social media exchange with Khabib’s cousin, Abubakar Nurmagomedov, soon after the “smash” remark. As for Khabib, the former UFC lightweight champion stated that he was not disappointed when learning about the comment simply because he hadn’t really gotten familiarized with Chimaev as an acquaintance anyway.

Two months later, Chimaev offered the following explanation for his remark, boiling it down to a mere misunderstanding initiated by a “bullshit guy” in the Q&A session:

“I answered to some bullshit guy, but nobody knows him,” Chimaev told Frontkick.online. “It’s my (mistake) because I answer for him. He said like, ‘Khabib gonna smash you…’ If somebody say to you, ‘He gonna smash you,’ of course I’m gonna answer it like, ‘No, nobody gonna smash me. I’m gonna smash everybody. If you a real man, you have to think like that.”

Chimaev also admitted in this interview that he looks up to Khabib and loves him as a Muslim brother.

Khamzat & Khabib Now On Good Terms According To Manager

Tuesday, the head of Dominance MMA and manager of Khabib, Ali Abdelaziz, was asked about the current status of Chimaev’s and Khabib’s relationship. According to Abdelaziz, everything is now square between MMA’s Super Smash Brothers.

“We’re all brothers. We’re all Muslim brothers here,” Abdelaziz told TSN’s Aaron Bronsteter. “We all come from the same bloodline. And at the end of the day, Khamzat, he’s young. He’s new to the sport. He’s a good kid, man. He’s a good guy. I know Khamzat very well. And at the end of the day, at the time, a lot of people took an insult to it. And I understand where’s Khabib’s coming from and where everybody’s coming from. And Khamzat, it took him three months to apologize about it. I respect him so much because fighters have so much ego, right? But I (knew) he was gonna do the right thing…

“Khabib is like an older brother to him. We all have this kind of ranking among us. And he come out, and he right the wrong, and what he gonna say about the guy? He put his ego to the side, and he apologized, and apology’s accepted.”

Chimaev will remain under the management of Majdi Shammas, who Abdelaziz had nothing but complimentary things to say about in this interview. Although Chimaev’s exit from Dominance MMA currently looks to be final, that doesn’t mean there is any bad blood to be found here, especially not from someone like Khabib according to Abdelaziz.

“Khabib, man, he forgives. He doesn’t hold grudges towards people,” Abdelaziz said. “And at the end of the day, we’re all brothers. And we all make mistakes, and we’re gonna continue to make mistakes. But it’s all good. There’s no problem between Khabib and Khamzat. Everything is great.”

After negotiating Chimaev’s new contract with the UFC, Abdelaziz expects “Borz” to live up to the hype and construct a unique legacy in this sport under his new management. After a breakout 2020 emergence, the undefeated smash machine will look to resume doing just that at UFC 267 when he takes on Li Jingliang. 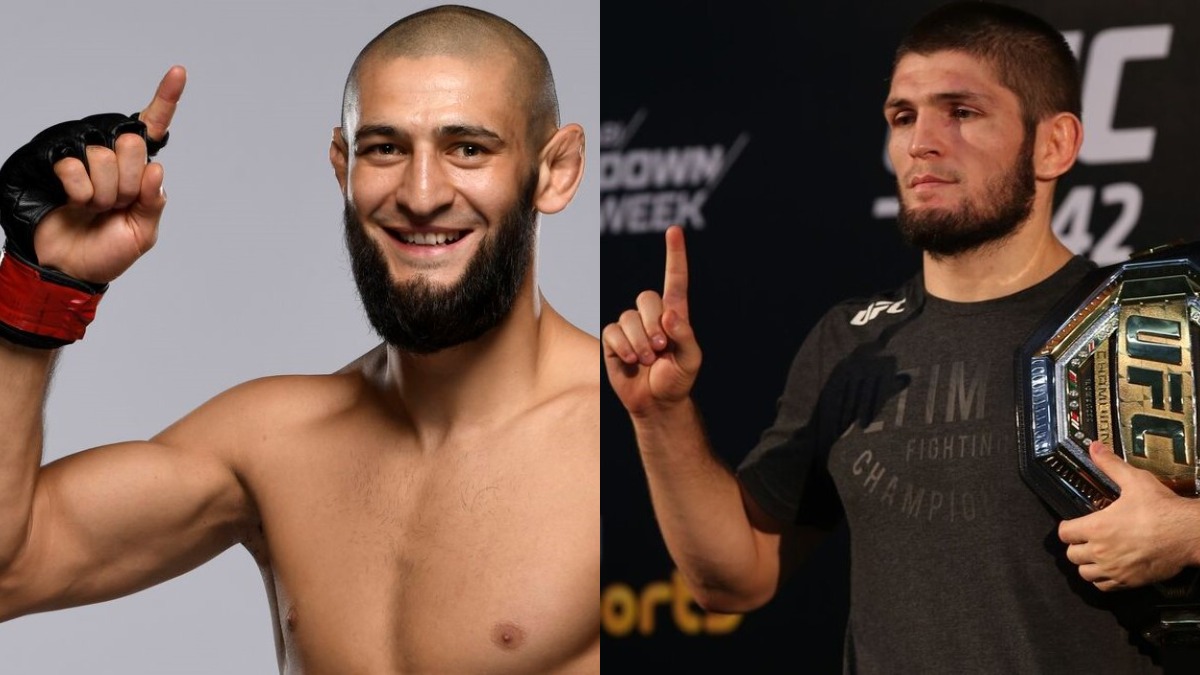