UFC women’s flyweight Lauren Murphy believes she is the “toughest” and most “well-rounded” contender that Valentina Shevchenko will have faced.

In the first of two championship fights at UFC 266 this weekend, Murphy will get her first shot at UFC gold. An inconsistent start to her career in the promotion saw defeats to the likes of Liz Carmouche and Katlyn Chookagian leave her with a 2-4 record. But “Lucky” certainly found form in 2019. Since a loss to Sijara Eubanks, Murphy has built a five-fight win streak that includes successes against Roxanne Modafferi and Joanne Calderwood.

If she’s to extend her streak to six and, in doing so, leave the Octagon with the flyweight title, the 38-year-old will have to go through one of the most dominant champions in the UFC.

Despite Shevchenko’s accolades and ongoing dominance at the top, Murphy is confident heading into her clash with “Bullet.” And while the flyweight queen may have have breezed past the likes of Jessica Eye, Katlyn Chookagian, and Jéssica Andrade, the Alaskan believes the Kyrgyzstani will be facing her toughest test yet in her her sixth title defense.

In an interview with MMA News’ own James Lynch, Murphy described the challenge she’ll be bringing to the table when she enters the cage with Shevchenko.

Catch our full interview with Lauren Murphy ahead of UFC 266 below:

Murphy’s first title challenge is set to go down this Saturday, September 25. The pay-per-view, which will be held inside Las Vegas’ T-Mobile Arena, will be headlined by a blockbuster featherweight clash between champion Alexander Volkanovski and challenger Brian Ortega.

The event will also signal the return of fan favorite Nick Diaz. The Stockton native hasn’t entered the Octagon since 2015 and is without a win since 2011. He’ll be facing former UFC Welterweight Champion Robbie Lawler for the second time in his career. The pair previously fought at UFC 47 in 2004.

Do you think Lauren Murphy can defeat Valentina Shevchenko at UFC 266? 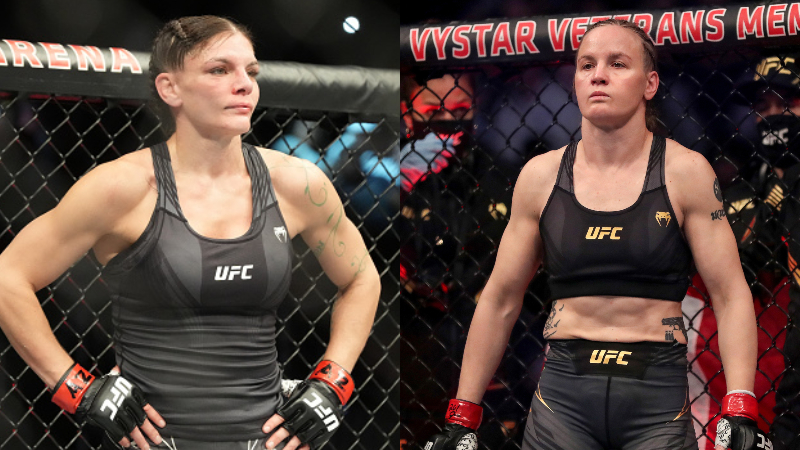