Murphy Addresses Criticisms Of Her Corner In Post-UFC 266 Statement
published on September 27, 2021
curated and posted by BRWLRZ Team

Lauren Murphy has issued a statement following her loss to Valentina Shevchenko at UFC 266.

At UFC 266, Valentina Shevchenko delivered the performance that, frankly, was expected from her by the MMA community and gamblers. It was a virtually flawless showing that saw Murphy outclassed from bell to bell before the fight came to a close late in the fourth round.

Between rounds, Murphy tried to reset with the help of her coaches, but it was to no avail. The UFC commentating team, particularly Daniel Cormier, criticized the corner work of Murphy’s team. He likened their coaching to the type of treatment a parent would give their child who doesn’t have the heart to tell the harsh truth of what is taking place and what needs to be done to change it.

While Murphy did not reference these criticisms directly, she did stick up for the job her corner did during the fight amid other topics addressed in her heartfelt statement posted on Instagram, which you can read in full below.

Rough night at the office I couldn’t do shit in there last night. Sometimes it just be like that. It was an honor to share the cage with a fighter of Valentina’s caliber. I am proud to have earned a spot across from her. I loved the walkout and felt great in the cage. My corners did a great job too. They just kept it simple and positive, like I asked them to.

I can’t stand it when corners rush in and scream at a fighter about how they’re losing rounds… I know when I’m losing rounds and I knew I needed to make something happen. I couldn’t make it happen due to getting hit every time I tried. As the great Chael P Sonnen once said, “The problem is, I was in there with a much better fighter tonight”

Shit happens, but I’m okay. We live to fight another day. Thank you @ufc @mickmaynard @danawhite for the opportunity, and thank you @bulletvalentina for the fight. It was an amazing experience to fight for the UFC title, I’ll never forget it or regret it. I’ll be back but for now I want to enjoy some time off.

What do you think of the job Lauren Murphy’s corner did during her fight against Valentina Shevchenko at UFC 266? 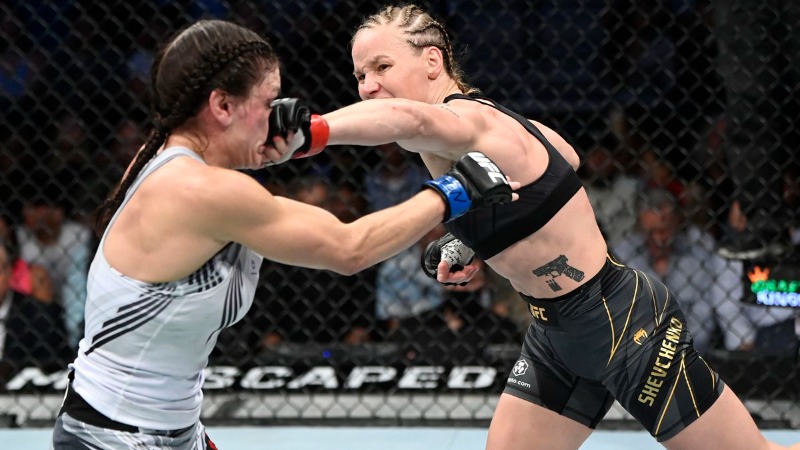