Belal Muhammad wants to step in and face Sean Strickland.

Sean Strickland is without an opponent for his upcoming UFC 268 middleweight bout. Strickland was originally set to face Luke Rockhold at the event on Nov. 6 until Rockhold was forced out with an injury. Now Strickland will need someone to step in and Belal Muhammad has offered to do so.

“If they need someone for Strickland I’m down I hate that piece of trash,” wrote Muhammad on Twitter.

Strickland responded to Muhammad on Instagram, “Listen, Belal Muhammad, I heard you’re running your fu–in’ mouth, dude. Last time you were in Vegas, I tried to spar you because I knew you were a little fu–in’ bi–h, and I wanted to hurt you. And it was a good excuse to do it. But now, with you fu–in’ running your mouth, next time I see you, I can just fu–in’ backhand you. Thank you for giving me the opportunity you little fu–in’ pu–y.”

He also seemed to reject Muhammad’s callout in the post.

“@bullyb170 I’ve never seen you fight but next time you’re in Vegas I’m going to smack you. For free… Rankings me nothing to be but I have to go through them to get a title shot.. I don’t mind waiting for something that matters…[email protected]“

Muhammad isn’t the only one who seemed interested in taking this fight with Strickland. Former welterweight title contender Gilbert Burns was another man who threw his hat in the mix. It seems Strickland has plenty of options at this point, but there was a beef building up between him and Rockhold and perhaps waiting until Rockhold is healed could be the path Strickland wants to take.

Despite the apparent decline of his fight offer, Muhammad continued to unload of Strickland on Twitter, calling him soft. Muhammad claimed that Strickland asked to only fight ranked guys. Strickland is ranked seventh in the middleweight rankings, while Rockhold is unranked at this time.

Who do you want to see step in and face Sean Strickland at UFC 268 in New York? 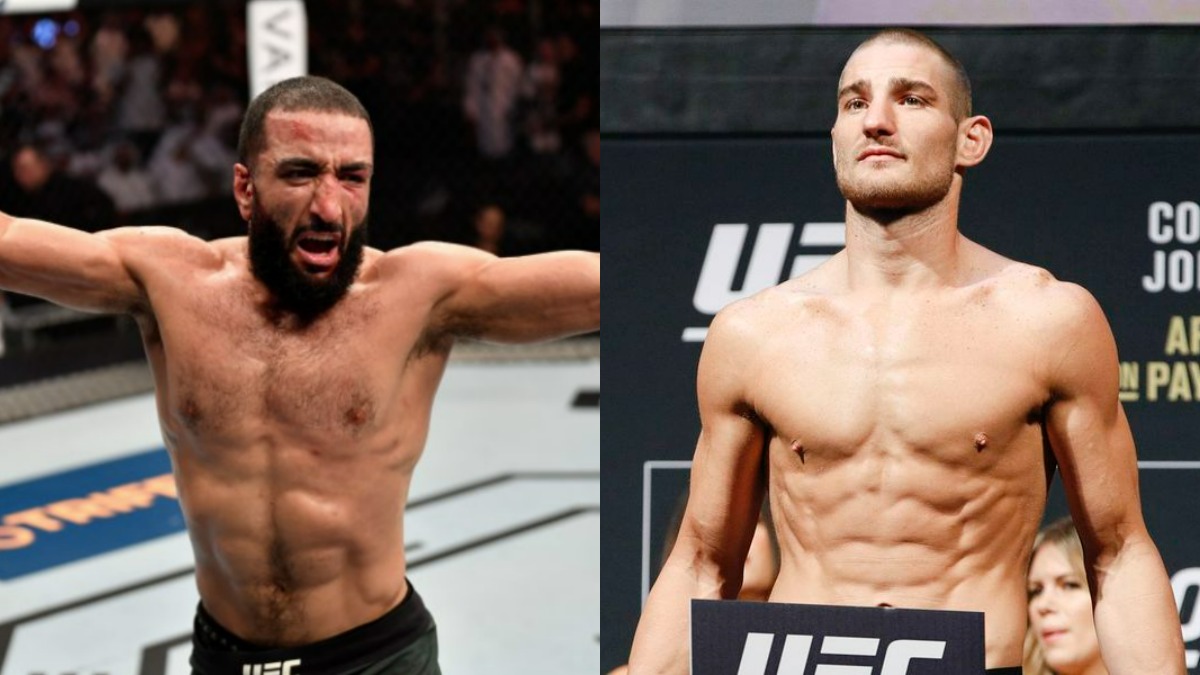