While he’s got the challenge of long-time rival Deiveson Figueiredo in front of him this weekend, UFC Flyweight Champion Brandon Moreno is also aware of the other threats to his reign the 125-pound division boasts.

Moreno ascended the flyweight mountain in his second attempt at UFC 263 last June. In his first shot at gold in December 2020, “The Assassin Baby” fought then-champ Figueiredo to a majority draw. In doing so, he earned an immediate rematch seven months later.

Making the most of his opportunity, and riding the confidence he gained in his five-round FOTY contender with the Brazilian, Moreno delivered one of the best performances of 2021 inside Arizona’s Gila River Arena.

After taking control of the contest in the opening two rounds, the 28-year-old made history in the third frame by becoming the first Mexican-born UFC champion. To achieve the feat, he forced Figueiredo to tap out to a tight rear-naked choke.

Moreno Takes A Look Beyond UFC 270

Now, completing a unique trilogy featuring three consecutive fights for the title, Moreno and Figueiredo will look to end their rivalry and this chapter of their careers in the UFC 270 co-main event this weekend.

After his performance last time out, the champion will head into the PPV clash as the favorite. Nevertheless, Figueiredo’s form before meeting the Mexican in 2020 was remarkable, and he appears to be in the best shape of his career and without the weight-cutting issues that have previously hampered his camp.

While “The Assassin Baby” is certainly not taking “Deus Da Guerra” lightly and acknowledges the challenge he has in front of him, as an analyst as well as a fighter, he’s not afraid to take a quick look towards the future.

During his appearance at UFC 270 media day on Wednesday, Moreno assessed the landscape of the flyweight division and named four possible next contenders for the title should he get past his Brazilian foe on January 22.

“I mean, Askar Askarov has an important fight against Kara-France. So, the winner of that fight can be the next one,” said Moreno. “Pantoja is definitely a possibility; he beat me twice in the past. Alex Perez is there too. Kara-France needs to beat Askar Askarov, but his last performance against Cody Garbrandt looked impressive. So, man, right now I’m very focused on Figueiredo, but I’m a Spanish analyst too, so I love to watch the other contenders in my division, and I can see these names (challenging for the title) in the future.”

Out of the top flyweights he named, Moreno has fought all but one, with the only omission on his record being Alex Perez.

The Mexican fought Askarov and Kara-France in his first two appearances back in the UFC after being re-signed in 2019. After a split draw against the Russian, Moreno took a big step towards title contention by recording a unanimous decision victory over the New Zealander less than three months later.

Prior to those triumphs and before his surge to the top, Moreno was released from the UFC following a loss on the scorecards to Pantoja. The setback represented his second defeat to the Brazilian, having been submitted by him on The Ultimate Fighter: Tournament of Champions in 2016.

Discussing the idea that the victor of Askarov vs. Kara-France, set to go down on March 26, could be next, Moreno broke down which rematch would be best. For the fans, the champ believes another clash with Kara-France would be more appealing. But for himself and his legacy, Moreno believes a victory over “Bullet” would do more.

“So, the thing between (Askarov and Kara-France), I fought against Kai Kara-France before and I beat him, like, very clearly. But for the fans, I think the style of Kai Kara-France is better (than Askarov),” added Moreno. “Askarov’s, kind of, these kind of fighters who don’t like, too much, to impress the fans [LAUGHS]. But, I mean, he is winning. So if you talk about which fight is better for the fans, I think (Kara-)France, but I think Askarov is better for my legacy.”

First and foremost, Moreno must add another loss to the resume of Figueiredo. While he had little trouble doing that last year, the Mexican titleholder may be facing the best “Deus Da Guerra” to date on Saturday night.

One thing for certain is that whoever emerges victorious will have a plethora of worthy contenders ready to try and unseat them from the flyweight throne later this year.

Who do you think Brandon Moreno should defend the title against next if he can defeat Deiveson Figueiredo again this weekend? 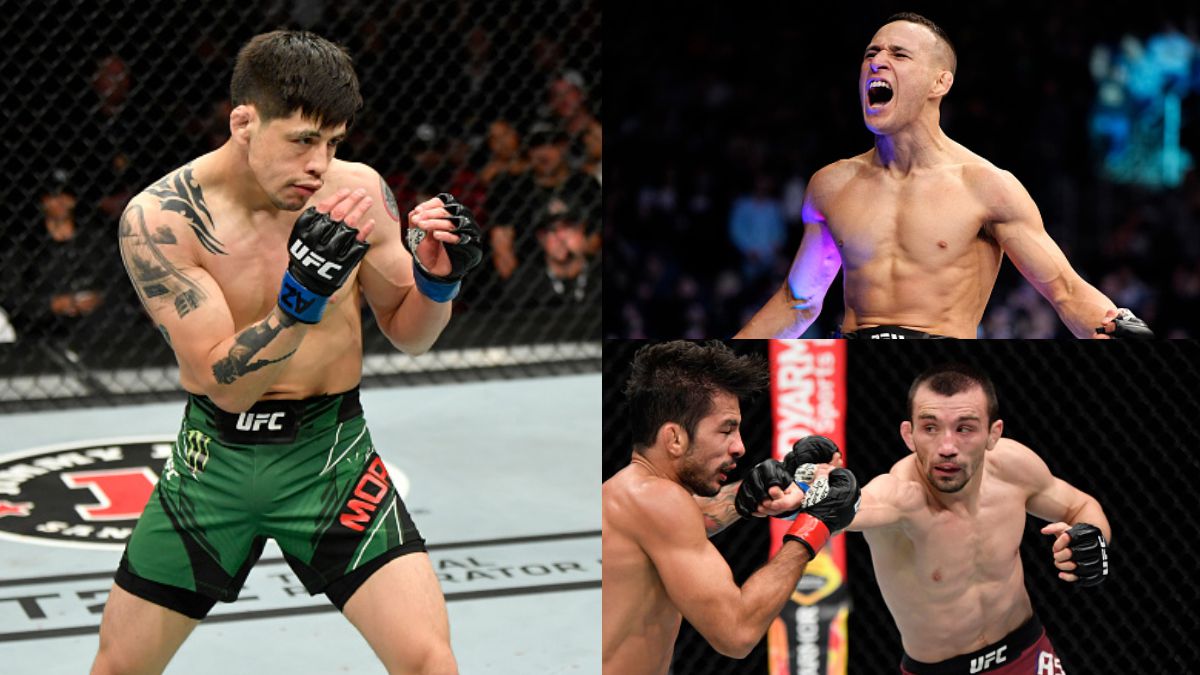