Montaño Slams Documentary For Showing Her Exposed Without Consent
published on November 11, 2021
curated and posted by BRWLRZ Team

Former UFC Women’s Flyweight Champion Nicco Montaño has criticized the makers of the “Warrior Spirit” documentary for including a scene in which she is “exposed” without her consent.

Montaño’s fall from grace since becoming the inaugural 125-pound queen has been sizable. Between her title crowning in 2017 and her UFC release this year, the 32-year-old fought just once, a decision loss to bantamweight contender Julianna Peña in 2019.

The Arizona-born fighter, who made history when she became the first female Native American champion in the UFC, was stripped of the gold after her scheduled defense against current champ Valentina Shevchenko was canceled. Montaño was transported to hospital due to the effects of weight cutting, an issue that would heavily contribute to the downfall of her career.

In total, the former champ had nine fights called off in the promotion, six due to issues on her own side. Remarkably, she had more UFC fights canceled than she’s had bouts in her entire professional MMA career. The last straw came in July this year. Set to face Wu Yanan at UFC Vegas 33, Montaño was a depleted individual on the scales, missing weight by a mammoth seven pounds. She was released days later.

At the time of her final weight miss and subsequent release, production was ongoing for a documentary titled “Warrior Spirit.” The film, put into motion by Albuquerque filmmaker Landon Dyksterhouse, follows Montaño during her extreme weight-cutting process inside the UFC Performance Institute.

Per the creator, the documentary was made to show the injustices within MMA’s biggest promotion. However, in the end, Montaño is the one who’s been left feeling betrayed.

During a recent appearance on MMA on SiriusXM, the former UFC champ made worrying claims about the film. According to the 32-year-old, “Warrior Spirit” features a scene, during which she is exposed. Montaño says she didn’t give consent for the clip to be included, and wasn’t made aware of it before the film’s debut in September.

“And so when I confronted my producer, who was also my lawyer at the time, and I asked him, like, ‘Why is this scene in the show? Like, I’m getting all kinds of hate. I still haven’t been able to watch the link because you’re worried that I’m still gonna show the UFC something.’ Even though I was at the tail end of working with the UFC, so I didn’t want to be involved with the film because I knew it was taking that route because they were being secretive about it. And then the UFC’s like, ‘Well, this documentary’s coming out, anti-UFC. Do you know about it? It has your name all over it.’ And I’m like, ‘I haven’t been able to see it. I’ve been trying to ask them for a link. They’re not sending it to me.’

“And when the film came out and everybody was like, ‘Why are you doing this by exposing yourself? We’re native. We’re a modest people. You shouldn’t have done this. Now I’m really not your fan.’ I’m like, ‘I have no idea what’s happening. I was never sent the link. I never said this was OK.’ If that part needed to be in the film—I mean, I don’t even see why it needed to be in the film.”

Accusing the creators of hypocrisy, Montaño discussed the irony of a film designed to highlight the way their people have been exploited actually exploiting her in a documentary she’s received no reimbursement for.

“It’s funny because the film talks about the genocide of our people, right? We get exploited by the government, the UFC exploits their fighters, and now I’m not getting any reimbursement from this show, exposed for free because I signed a contract that my lawyer did three years ago.

“And so I wrote him. I was like, ‘Hey, why is this part in the film?’ He was like, ‘Oh, no, you’re not exposed. I don’t know who’s telling you lies.’ And I’m like, ‘Well, I don’t think 14 people out of the one premiere is telling lies when they’re all writing me about it and half of them are my family.’ And I was just like, yeah, now, all my cousins have freakin’ seen me exposed. This is super inappropriate. You’re talking about exploiting, fighters exploiting Navajo people, and you’re being so hypocritical doing the exact same thing to me. Like I said, I’m not getting any reimbursement. My name is all over this, but I’m not getting any awards. I’m not getting any notifications from any of the festivals about anything. It’s all on them with my name all over it.”

Fantastic we can clarify everything and set the record str8! Let’s talk about all the issues including why Nicco didn’t get paid by the #ufc and got sent an insurance bill after almost dieing cutting weight under the guidance of the #ufcpi https://t.co/9NBbi01kS2

After the podcast’s host, former UFC Women’s Bantamweight Champion Miesha Tate, made her disgust at the troubling revelation known, the filmmaker offered to give his side of the story in an appearance on the show. While the full picture is yet to be made clear, Montaño’s claims are certainly concerning.

What do you make of the documentary seemingly exposing Nicco Montaño without her consent? 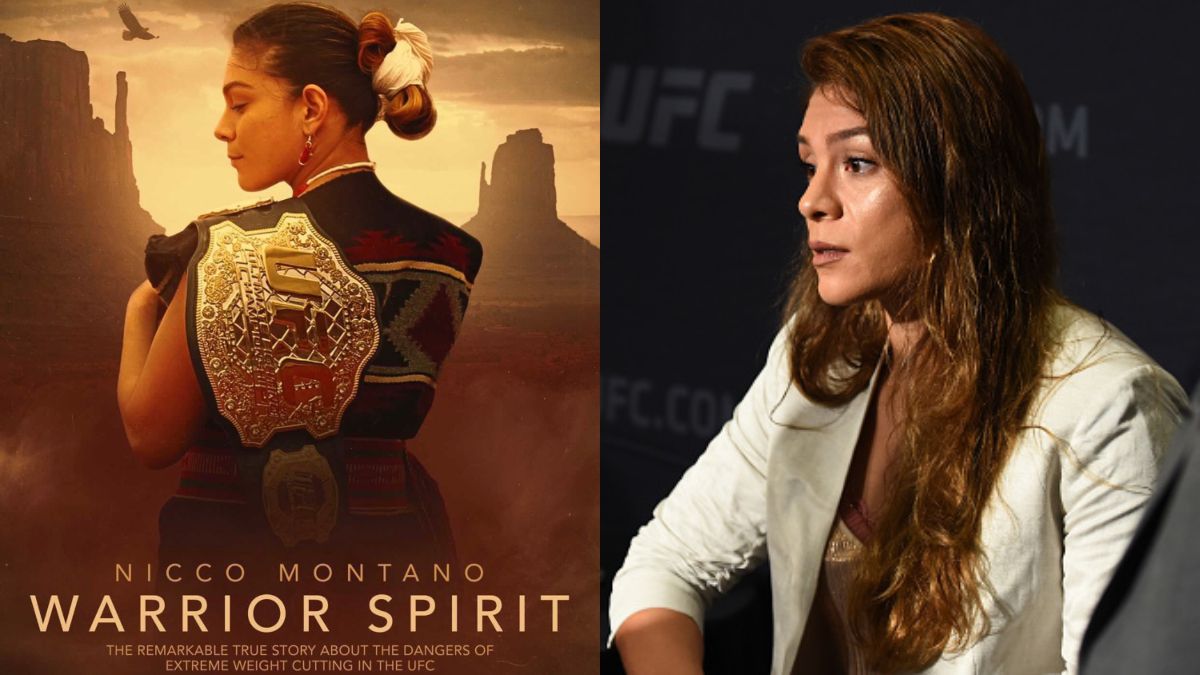