Modafferi On Retirement: Blows To The Head Have Been Affecting Me
published on November 12, 2021
curated and posted by BRWLRZ Team

Former UFC women’s flyweight title challenger Roxanne Modafferi has broken down her decision to retire from MMA after her fight against Casey O’Neill next year.

Modafferi has entered the cage 44 times in her professional career. During her time competing across the world in countries like Japan, the United Kingdom, Russia, and the United Arab Emirates, the veteran fought for titles in Strikeforce, Invicta FC, and the UFC, as well as a host of local promotions.

Since falling short of flyweight gold against Nicco Montaño in 2017, the 39-year-old has competed nine times in the UFC, defeating Maycee Barber, Antonina Shevchenko and Andrea Lee. “The Happy Warrior” is currently tied with Gillian Robertson and Katlyn Chookagian for the most fights in the promotion’s 125-pound division. She’ll make her 10th and final walk to the Octagon in the weight class next February at UFC 271.

Despite hoping to reach the milestone of 50 professional fights, Modafferi has decided she has to prioritize her health and hang up her gloves following her 45th outing. Ahead of her clash with the surging O’Neill, Modafferi discussed her career and decision to retire with Ariel Helwani on The MMA Hour. The Delaware native explained the changes over the past year that have convinced her to call time on her lengthy career.

“A few fights ago, I decided that I really, really wanted at least 50 fights. So I was like, alright, I’m going to at least do that and see what happens. And then over the course of the last year or so, I felt like punches and blows to the head in training were affecting me more that they used to — like, when I tried to push through it, I’d get a headache afterwards. And I was like, ‘No, we can’t have that.’ My brain health is really important, so I started wearing headgear.

“I’m good [taking punches] in a fight. I just realized, alright, I’m getting up there with my mileage — now’s probably a good time [to stop]. I don’t want to start having any concussion symptoms. I want to stop before that starts happening, because I’ve heard of some people who, even before they turned pro, had to retire. So I just want to be super careful with my brain health, and reaching 50 [fights] seems like a really good achievement for me.” (h/t MMA Fighting)

If Modafferi is to bow out of the sport on a high, she’ll have to stop the momentum of the fast-rising O’Neill, who’s built an unblemished 8-0 record that includes three UFC finishes in three Octagon appearances. Modafferi is aware of the threat the Scottish-Australian possesses, but has warned the 24-year-old that she’s ready to try everything in her final fight.

“She’s as good as anybody, and she better be careful because everything I’ve ever wanted to do in a fight and haven’t tried yet, I’m going to try on her,” Modafferi said, laughing.

Do you think Roxanne Modafferi can end her career with a victory over Casey O’Neill? 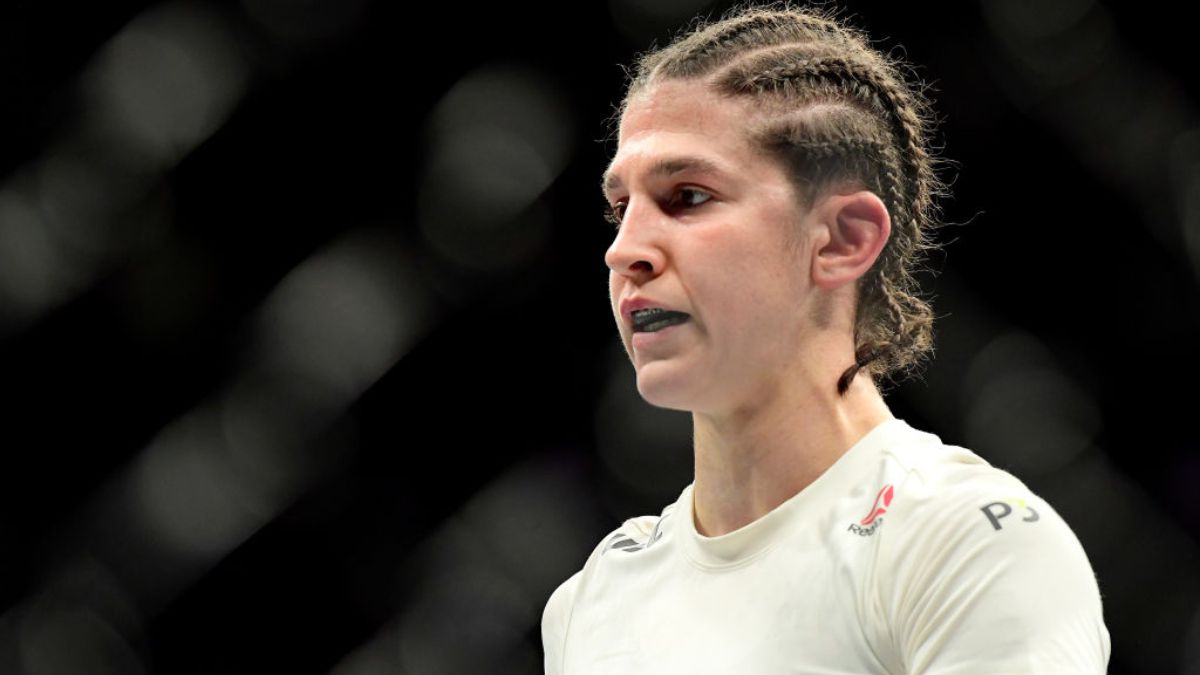