With a UFC event on nearly every weekend in a year, it is easy to lose sight of the other fights going on in MMA. Every week there are big moments happening in the sport across the United States and all around the world.

As we move deeper into the new year, let’s look at four names who had exceptional years in MMA, with that success happening outside of the UFC cage. For this article, we selected three fighters that excelled in their respective promotion. Representing Bellator is AJ McKee Jr. For PFL, we picked Antonio Carlos Junior. And for RIZIN, you had to go with Hiromasa Ougikubo.

In July, AJ McKee Jr. saw himself facing Patricio Pitbull in the finals of a 16-man featherweight tournament. But his fight wasn’t just the culmination of that bout. In a sense, it was the conclusion to his 18-fight run up the Bellator ranks.

After a short amateur run, McKee Jr. signed with Bellator in 2015 and made his professional debut under their banner. He attained a flawless record through the year, finishing most of his opponents in a flashy fashion.

In 2019, he joined the Bellator Featherweight Grand Prix—a bracket that, if successful, would crown him champion. After three finish wins in previous years in the bracket, he was matched this year against Pitbull, one of Bellator’s all-time greats.

McKee Jr. was able to catch Pitbull in just the second minute, putting on the submission after hurting him with a head kick. And with that, he became the new king of Bellator’s 145-pound division.

Four Wins And An Overdue Crowning Moment For Ougikubo

RIZIN bantamweight Hiromasa Ougikubo has long been recognized as a solid fighter. Viewers of Shooto Japan and RIZIN will know him as one of the stronger names at bantamweight. If not for that reason, many will recognize him from Season 24 of The Ultimate Fighter, where he scored three wins before being eliminated by Tim Elliott.

However, Ougikubo never had his real big moment as a fighter. He never earned a major championship, and he never won in a major main event.

In 2021, he showed his skills by winning RIZIN’s rigorous bantamweight tournament. To start the bracket, he defeated veterans Takeshi Kasugai and Takafumi Otsuka in June and September respectively.

Then, on New Year’s Eve, he beat two big challenges in one night. First, he fought to a unanimous decision against former UFC fighter Naoki Inoue, giving him his first loss since joining the promotion.

Later in the night, he avenged a loss against Kai Asakura with a thorough decision victory. The win came in the main event of RIZIN 33, which was the promotion’s biggest event of the year. More than a decade-and-a-half into his career, Ougikubo got his big moment in MMA.

Unlike others on this list, Antonio Carlos Junior’s year actually started in the UFC. After losing a fight in January 2021 against Brad Tavares, Carlos Junior found himself off the promotion’s roster.

He quickly capitalized on his free agency, signing with the PFL and joining their 2021 light heavyweight season. PFL’s annual format includes two regular-season fights and two playoff bouts. The winner in the end receives an eye-popping prize of $1 million.

Carlos Junior secured a spot in the playoffs with his first fight, submitting fellow UFC alum Tom Lawlor in the first round with a guillotine choke.

He scored his biggest win of the year in the semi-finals, defeating 2019 champion Emiliano Sordi on scorecards. In October, he was put against tournament underdog Marthin Hamlet in the grand finals. That was a quick win for Carlos Junior, submitting him in the first round with a rear naked choke.

Carlos Junior started the year cut from the largest MMA promotion in the world. But he ended the year as a champion – and a millionaire. 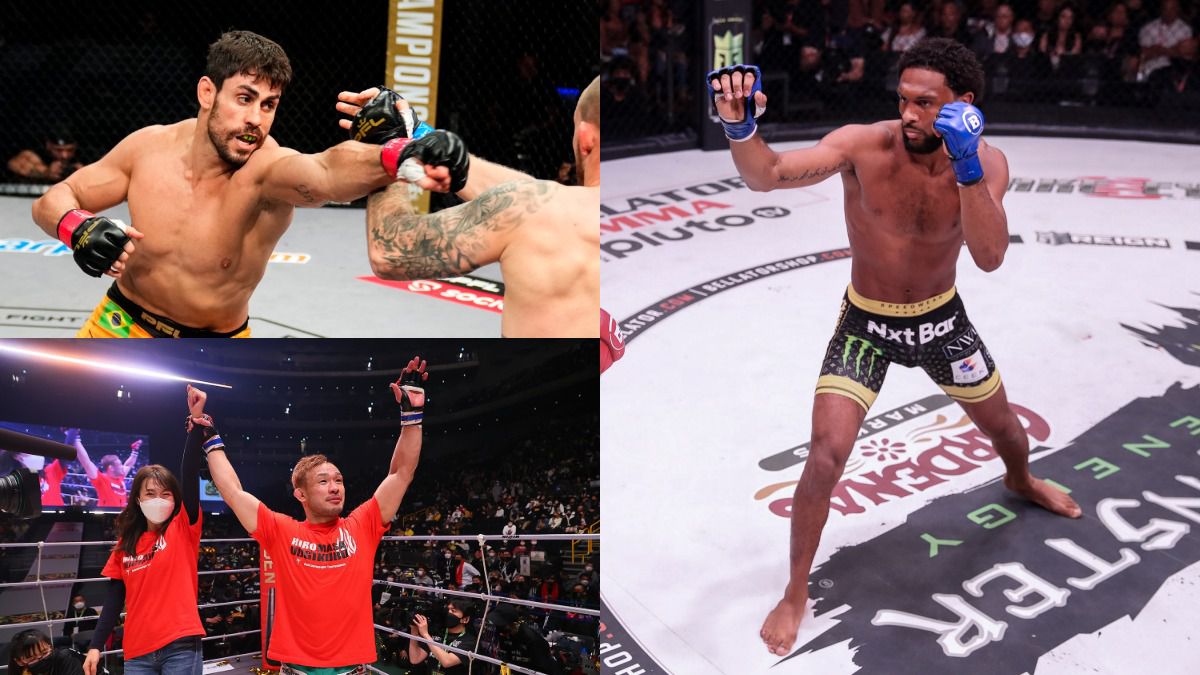