Jake Paul continues to shock the world, this time by knocking out a former UFC champion in brutal fashion. In the sixth round Paul landed a perfectly timed right hand which flattened Woodley.

“This is as real as it f–king gets, just like my right hand,” Paul said in his post-fight interview.

The pair hugged in the ring following the bout and Paul showed Woodley respect for stepping up to take the fight when his would-be opponent, Tommy Fury pulled out due to injury.

“I respect him for taking this fight on two weeks’ notice, cuz Tommy Fury is a bitch.”

MMA Twitter had their thoughts on the KO a well.

I really hate this take, as if Paul is some fat, un-athletic slob, that he just fought in a bar.
Jake Paul is an athlete.
Jake Paul is much bigger than Woodley. Jake Pauls punches will always land HARDER, being the bigger guy.
This is boxing. Not MMA. https://t.co/30ohXL5Jnu

Fighting is brutal and unforgiving. 99% of you talking bad about Tyron wouldn’t have the work ethic or the stones to do what he has done. Rant over.

We are officially one more Conor McGregor MMA loss away from a McGregor vs. Paul boxing match

Anyone who thinks that fight was fake also thinks Spiderman is non-fiction. You don’t fake a faceplant like that. #PaulWoodley

Man, I feel bad for Tyron Woodley. People are going to be assholes to him forever, but he’s really just a nice guy trying to make some money in some very dangerous sports. #PaulWoodley2 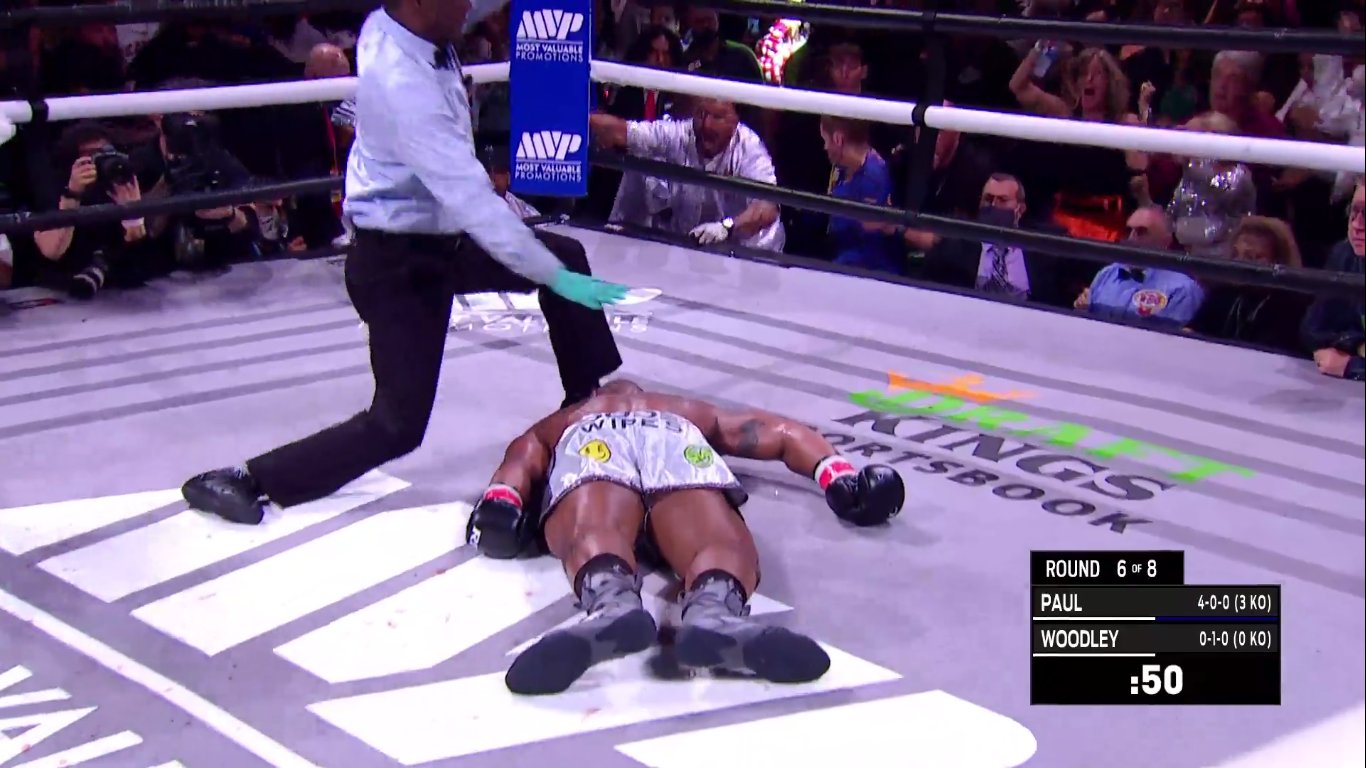