A wild scene erupted at the Angola Fight Club show in Luanda after an amateur MMA bantamweight contest saw two fighters come to blows after the final bell.

Both combatants were stuck grappling on the canvas throughout the early portion of the contest. The AFC match-up was Leonardo Pascoal’s second MMA bout. The full fight can be found here.

During the 135-pound bout, Mauro Diogo employs some effective ground and pound against Pascoal. On multiple occasions, it appeared Diogo was able to maintain his position and scored a massive takedown.

As the referee stood between the two fighters declaring the disqualification, they erupted in a post-fight brawl. When the action went down, it was Diogo who was first to fire off a two-piece combo, though no soda was included.

The referee is seen pulling the two combatants together to evidently shake hands after the results were read. Interestingly, Pascoal appeared to be walking in the opposite direction away from his opponent at the fight’s conclusion.

The two were visibly upset with the result and that didn’t stop them from continuing the fight after the officiating had taken place. While Diogo remains 4-0 as an amateur, Pascoal has yet to realize an MMA victory.

Who do you believe is more at fault, Mauro Diogo and Leonardo Pascoal? 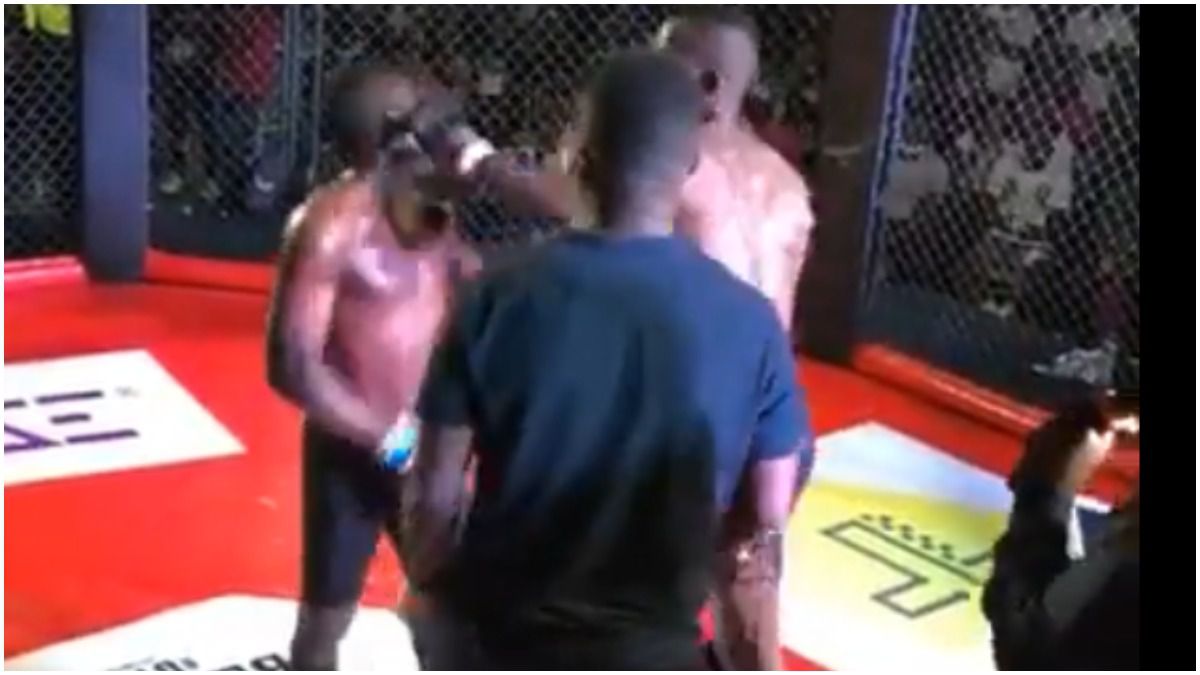