If you’re interested in seeing a boxing match between Jake Paul and Mike Tyson, don’t get too excited.

The boxing legend recently took to social media to deny reports of a potential fight between them. Tyson took to Twitter on Monday in response to a report, stating that he didn’t even know about this matchup. He also claimed he recently saw Paul in person and that discussions of a fight didn’t come up.

“This is [fight] new to me,” said Tyson on social media. “I saw Jake in St. Barths and he never mentioned it.”

Jake Paul is coming off an active 2021 campaign. First, he knocked out Ben Askren in April before fighting Tyron Woodley twice before the close of the year. First, he defeated Woodley via split decision in August. Then, he knocked out the former UFC champion on December 18.

Earlier boxing appearances saw him knock out former NBA player Nate Robinson in November 2020 and another KO win over YouTuber AnEsonGib in January of the same year.

Tyson, a former heavyweight prizefighter with a decorated record, last fought as a pro in 2005. However, he made his return to action in 2020, fighting fellow legend Roy Jones Jr. in an exhibition contest. The fight didn’t count towards either fighter’s pro records, but was scored a draw after eight rounds of action.

After the fight, Tyson mentioned his plans to keep his fighting career going.

Do you see a fight between Jake Paul and Mike Tyson as plausible? 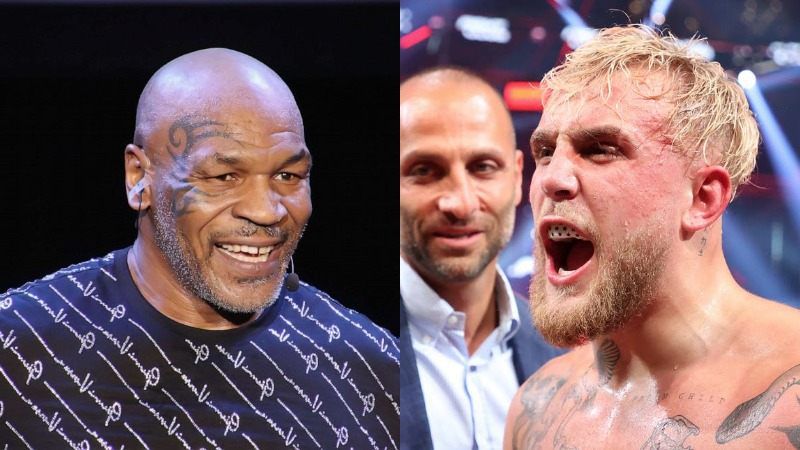