Miesha Tate Refused To Learn Striking When She Began Her MMA Career
published on November 21, 2021
curated and posted by BRWLRZ Team

Getting hit in the face, and doing the same to her opponent, was an art Miesha Tate embraced reluctantly early in her career, she has revealed.

Tate will be gunning for a second successive win when she squares off with Ketlen Vieira in the main event of UFC Vegas 43 on Saturday. The 35-year-old returned to the women’s bantamweight division in July after over four years on the sidelines, defeating Marion Reneau via TKO.

On that occasion, it was Tate’s widely-renowned ground game that saw her dominate Reneau, and her equally as impressive ground and pound that finished the job. But landing vicious elbows and blistering strikes wasn’t always something that came naturally to “Cupcake,” as she revealed this week in an interview with the UFC.

The #8 ranked women’s bantamweight regaled the story of her first experience with MMA as a 19-year-old. Tate, a then amateur wrestler, had visited an MMA gym on the suggestion of a friend, and therein ensued the mind-blowing experience of learning about jiu-jitsu. That, she felt at the time, was almost like a revelation, and one that would eventually see her become a renowned submission specialist. The striking aspect of this new and unusual sport, however, wasn’t something “Cupcake” warmed to, she explained.

“When I went to college after having wrestled, another friend of mine was like, ‘Hey, why don’t you come check out this MMA Club Sport, and I didn’t really know what MMA was,” said Tate. “And I thought it was karate. And I was like, nah. I don’t think so. She was like, ‘Just come. You’re gonna love it. I promise.’ Like, OK, fine.

“So I went. And most of the guys there that was running the program, fellow college kids themselves, former wrestlers, and they started teaching me jiu-jitsu. And my mind was blown. I was like, ‘What is this?’ This is a great add-on to wrestling. I can choke people, and armbar, and all these great things. So I started learning that, and I thought, ‘OK, well, I can do that, but I have no interest in learning the striking. Don’t even bother teaching me it. I didn’t.”

Now routinely accustomed to the fine art of slamming one’s fist into the face of another, Tate back then however balked at the idea. As an admittedly naive teenager, Miesha explained that she initially refused to learn striking on account of her objection to hurting people.

“When I went to this Mixed Martial Arts Club Sport, I kinda refused to learn the striking part at first because I was so not interested in fighting,” said Tate. “I just thought it sounded like a terrible idea. I had no interest in getting hit in the face. I was like, I’m not an angry person. I don’t need to hit anybody.

“That’s how naive I was, you know? I didn’t understand there was a sport to it, just just like so many people I think at that time didn’t understand. I wasn’t familiar with the UFC. I was 19 years old. I was a girl just trying to have fun and play sports. I didn’t want to hurt anybody.”

While initially put off by the striking, a few weeks after this fateful visit to an MMA gym, Tate would soon fall in love with the sport while watching her first amateur fight. And when the referee announced they would be staging an inaugural all-female local show, she signed up right there on the spot.

Tate would lose to a kickboxer on her amateur MMA debut but went on to win her next six fights. And as we all know, she soon became one of the most respected names in women’s MMA, eventually claiming the UFC women’s bantamweight belt in 2016.

What do you think? Can Miesha Tate become UFC women’s bantamweight champ again? 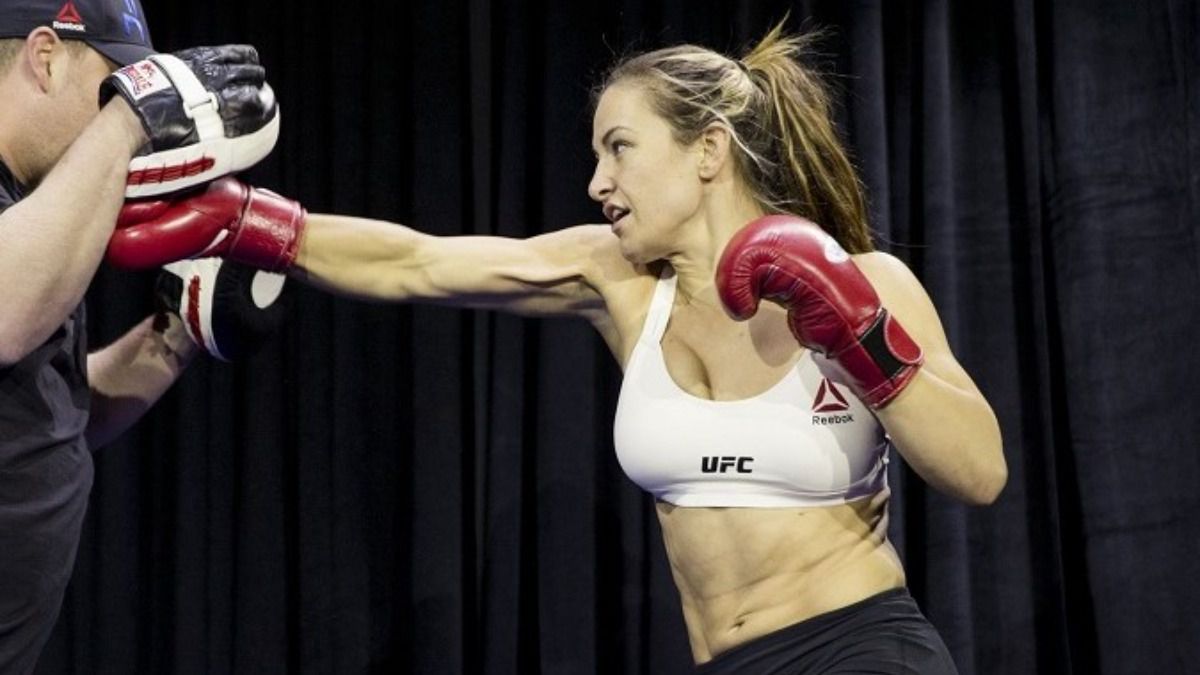