Miesha Tate Lays Out The Problem With Fighter And Coach Dating
published on November 16, 2021
curated and posted by BRWLRZ Team

Miesha Tate is offering some advice to the tougher generation of female fighters.

Miesha Tate is a veteran in the world of MMA. She recently has made a return to fighting after a short retirement. She has been in the UFC since 2013 and has been through it all. Now as a radio personality, Tate has the chance to speak out on news topics within the sport. Recently she caught some slack for her comments on fellow bantamweight Aspen Ladd and her relationship with her boyfriend/coach.

“It is, from my experience, generally problematic when a female fighter, especially younger, starts dating a coach,” she told The MMA Hour. “The more the age difference, the more they become, sort of, hooks in, claws deep, and they start to feel like they can rule your life. And that can happen even outside of fighting, but when you add that kind of dynamic to it as well, it can just be such an ugly situation. So I think it’s something we should definitely have conversations about, make people a little more aware that it doesn’t have to be that way.”

Tate is speaking from her own experience throughout her career. She was in a relationship for quite some time with former UFC fighter Bryan Caraway. Caraway also doubled as Tate’s coach through most of her UFC career. The two split since then and now Tate is dating another fighter named Johnny Nuñez who she has two children with.

“But a lot of times, I feel like women gravitate toward a male figure that’s in their life consistently and trying to help them. But once it becomes a relationship, things become so entangled and so intertwined, and it’s very difficult not only to separate your personal life from when you go into the gym but the gym from when you go home. That was my biggest problem was that the coach always came home. I lost the significant other if you will, and it just became this mental game — it was 24/7.”

Tate and Ladd have had a great deal of back and forth both arguing about Ladd’s recent botched weight cut. The two even planned to fight each other before it all went down. They could still find themselves across the cage from each other in the future.

Do you agree with Tate’s assessment of a fighter/coach relationship? 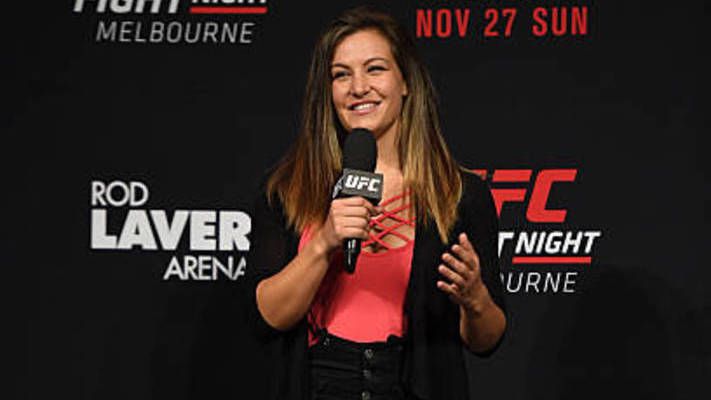