Bellator welterweight Michael Page is so determined to KO Douglas Lima that he’s willing to shun a title shot for a third fight with the Brazilian.

Page avenged his 2019 loss to Lima by earning a victory in their headline bout at Bellator 267 on Friday. In their previous meeting, “MVP” was spectacularly knocked out by Lima, and this time around, he was looking to return the favor. All Page managed, however, was a controversial split-decision win. Two judges scored it 29-28 for Page, while the third had it 29-28 for Lima.

The victory places Page as the likely next challenger for champ Yaroslav Amosov and extends his win streak to six fights. Lima is now on a three-fight losing streak after being dethroned as champ in July by Amosov, and prior to that in 2020, losing his middleweight debut to Gegard Mousasi.

Despite earning redemption for his loss to Lima—the only of his career— Page told press post-fight that he wasn’t satisfied with the narrow victory. The 34-year-old said that his chief ambition now is to get another crack at the Brazilian.

“In all honesty, I’ll probably push to run this one back again,” Page told media at the Bellator post-fight press conference (h/t MMA JUNKIE) “Let’s do five rounds, why not? Let’s go longer.”

“If by the end of the third round that had happened again, I got two more rounds to find you and finish you properly. I’ve gone from one end to the other and hopefully, I find that balanced middle and finish him.”

For Page, it seems settling a score takes precedence over all else, including becoming welterweight champ. The Englishman said that finishing Lima means a lot more to him than winning the belt.

“It’s a belt, who cares?” said Page. “How many people that are titleholders are nowhere near as popular as I am? The belt don’t mean anything. It does obviously, but for me, it doesn’t. That moment right there (the decision win over Lima), there’s so many Bellator belt holders that can’t pull off what I did today.”

“I feel like people are drawn to me because of my enjoyment of the sport, not because I’m chasing anything. It’s about my journey and pushing myself. I didn’t get to prove that today. I won but I didn’t make his eyes roll to the back of his head and not get back up. I know I can do it, so I prefer to run it back.”

What do you think? Should Michael Page focus on the title, rather than Douglas Lima? 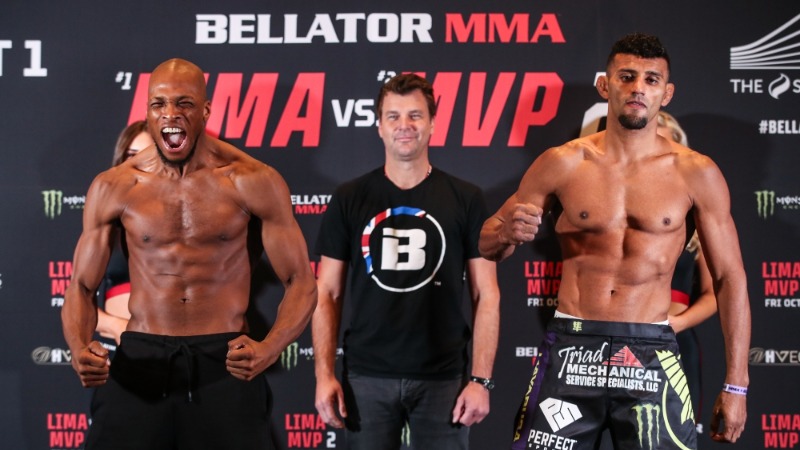