Michael Page: Leon Edwards Will Never Get A Title Shot
published on October 2, 2021
curated and posted by BRWLRZ Team

Edwards is currently the third-ranked welterweight contender and coming off a dominant win over Nate Diaz at UFC 263. However, for Page, he believes Edwards won’t get a title shot because of his personality and the fact he doesn’t draw eyes. Page gave the example that most people know Edwards for is getting sucker-punched by Masvidal and nearly getting knocked out by Diaz in the final minute.

“He has killed some great fighters, but he will never get a title shot,” Page told Metro. “His biggest moment in MMA was getting sucker-punched by another MMA fighter. That’s disgusting. That does show he is not branding himself correctly, maybe it’s not in his personality but I think he just cares more about the fight, which I get and he is great at it but he needs to understand it is a partnership that needs to be at hand here and he needs to be a bit more aware of that.”

Kamaru Usman, the current welterweight champion, will defend his belt at UFC 268 in a rematch against Colby Covington. After that, it’s uncertain what would be next for Usman, but Page doubts it would be Edwards. However, he does hope the Brit does fight for UFC gold but he knows “Rocky” needs to market himself better.

“It’s disappointing because I want him to do well and I know he’s a sick fighter, I have sparred him before, worked with him before but I don’t see him blowing up in the same way because if you are not drawing in those people then promoters are not going to care for you. That affects your career. If you are not drawing in those people, those promoters are not going to care enough to promote you,” Page said. “They might pick this guy who has only had two fights in the UFC but is making a lot of noise and think: ‘We will give him the title fight instead’. It is wrong, but as a promoter, I get why they would make that decision over what is technically right.”

Michael Page is set to return on Friday in London in the main event of Bellator 267 as he rematches Douglas Lima. Leon Edwards, meanwhile, does not have his next fight booked and hasn’t fought since June where he beat Nate Diaz by decision.

Do you agree with Michael Page that Leon Edwards will never get a title shot? 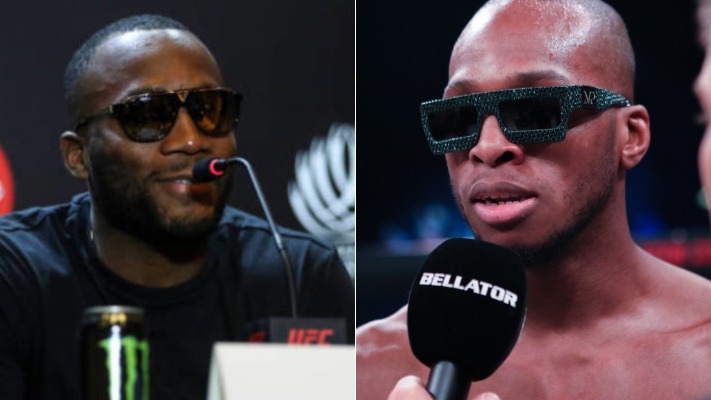