Michael Page Is A ‘Massive Supporter’ Of Jake Paul’s Fighter-Pay Crusade
published on September 30, 2021
curated and posted by BRWLRZ Team

Michael Venom Page may not be a fan of Jake Paul boxing, but he respects the YouTuber for advocating for fighter pay.

MVP has been one of the home grown products of Bellator, regularly going viral for his exciting fight style and over the top celebrations, as well as his brutal knockouts. Before he switched to MMA though, he dabbled in the world of kickboxing for a single bout, and had two pro boxing bouts.

That being said, as someone with respect for boxing, Page is not particularly thrilled with the antics of YouTuber-turned boxer Jake Paul. However, when speaking to Sky News, the Bellator fighter says that he appreciates the fact that Jake speaks out for fighter pay, regularly calling out Dana White for underpaying UFC fighters.

“Yeah, I’m a massive supporter of what he’s doing there, and I completely agree with him on that side. Why is it that fighters are so eager to then jump ship? It’s because we’re not being paid what we should be paid in our thing,” MVP said.

“This is why he’s completely right. Nobody would entertain these kind of fights, if we were being treated the way we should be treated.”

While Michael Venom Page appreciates what Jake Paul is doing for fighter pay, he still thinks that the YouTuber is not very good at boxing. In fact, he was convinced that former UFC champion Tyron Woodley would get the job done when he faced Jake last month.

With that in mind though, Page says that he would definitely be down to take on Paul in the ring. Not only does he find the payday lucrative, but he thinks that his skills will be enough to finish Jake and end this celebrity fighting phenomenon.

“These kind of stuff is it’s annoying, I get why it’s happening. Obviously, business-wise, a lot of money that’s drawn in, but, I thought Tyron Woodley was going to correct this whole crazy world that we’re living in right now,” MVP explained.

“Just to correct the world, I would definitely jump in and just knock him out, shake his hand afterwards and say ‘continue doing what you’re doing.’ Yeah, I just need to prove to everyone that this is nonsense.”

In the meantime, Michael Venom Page will be taking on Douglas Lima at Bellator 267, on October 1st. Jake Paul does not seem to be interested in fighting him at the moment, but perhaps that can change in the future. 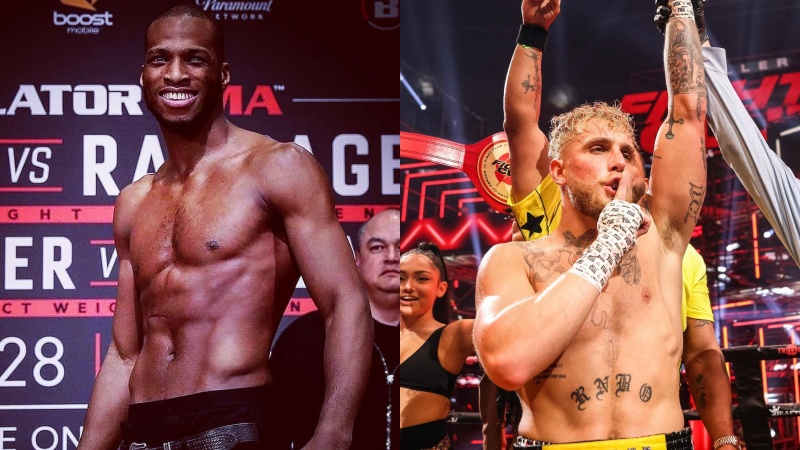