Another bout between two ranked welterweights has been added to the January 20 Fight Night card when Michael Chiesa battles Neil Magny.

As reported by ESPN, fans will be treated to a very high-level welterweight scrap when Michael Chiesa (#8) takes on Neil Magny (#9). This fight will take place on the same card as the highly anticipated fight between Leon Edwards and Khamzat Chimaev, which means that if Edwards’ snakebitten luck continues into the new year and his fight falls through again, there will be two potential replacement fighters on tap to fill in.

If it were up to Neil Magny, it would be him who would be facing Khamzat Chimaev in the event’s headliner, as Magny has gone public in calling out Chimaev on multiple occasions. And this energy was kept behind the scenes, as UFC president Dana White confirms that Neil Magny has indeed been willing to fight Chimaev. Instead, he will be fighting on Chimaev’s undercard against a higher-ranked and much more proven Michael Chiesa.

Michael Chiesa believes to have found his home in the welterweight division, and his 3-0 divisional record gives credence to that belief. Chiesa made his welterweight debut with a victory over legendary former title contender Carlos Condit via submission. Whenever you can make The Natural Born Killer tap out, that is certainly a harbinger for future success. That success would come in the form of two additional victories in the division over veterans Diego Sanchez and Rafael dos Anjos. Chiesa will now aim to cement himself even deeper into the division’s top 10 with a win over the ever-improving Neil Magny.

Neil Magny has had his share of ups and downs throughout his seven-plus year UFC career, but in 2020, it was nothing but up. Magny began the year by defeating the then-surging Li Jiangling followed by a win over Anthony Rocca Martin, and then he completely outclassed the former welterweight champion Robbie Lawler at UFC Fight Night: Smith vs. Rakic in August. A win over Chiesa would make it four straight wins and over two ranked opponents, which would signal the big-fight alarms for Mangy’s next bout.

With the addition of this major welterweight bout, the current January 20 Fight Night card includes the following bouts:

Who do you predict will win this high-level welterweight bout between Michael Chiesa and Neil Magny on January 20? 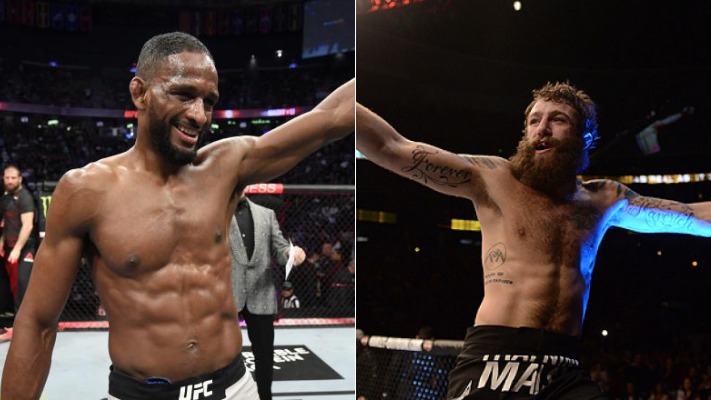