Michael Chandler Thinks Justin Gaethje Will Be UFC Champ In 2022
published on November 20, 2021
curated and posted by BRWLRZ Team

Despite giving Gaethje some issues in the opening minutes of the fight, Gaethje was able to deal the most damage in the later rounds and earn a unanimous decision win. Chandler and Gaethje each earned a ‘Fight of the Night’ performance bonus for their efforts in arguably one of the greatest three-round fights in recent memory.

Chandler has taken the loss in stride, even joking with his family about the significant damage he suffered to his face in the Octagon. During a recent interview with Ariel Helwani on The MMA Hour, Chandler gave quite the prediction for what could be next for Gaethje.

“I loved what Justin Gaethje said after the fight,” Chandler said. “He’s like ‘We were born in the wrong time. We should’ve been two gladiators fighting to the death.’ The said thing is, it’s absolutely true, and that’s what I said to him after the fight. I said ‘I knew you didn’t dislike me. I knew that you knew this about me, I knew that you knew that I was your equal.’ We had a blast man, hats off to him. I think Justin Gaethje is going to be our lightweight champion by the middle of next year.”

Gaethje is more than likely next in line for the lightweight title shot and could face the winner of Charles Oliveira vs. Dustin Poirier. Oliveira will make his first title defense against Poirier in the main event of UFC 269. Chandler is hoping to return sometime at the start of 2022 and has recently expressed interest in a Conor McGregor fight.

If Chandler’s prediction comes to fruition and Gaethje earns the lightweight title next year, we could see a Chandler vs. Gaethje five-round rematch for the title. After their epic battle at UFC 268, many fans wouldn’t mind seeing these two fight again with more on the line.

Do you think Michael Chandler and Justin Gaethje will fight again at some point? 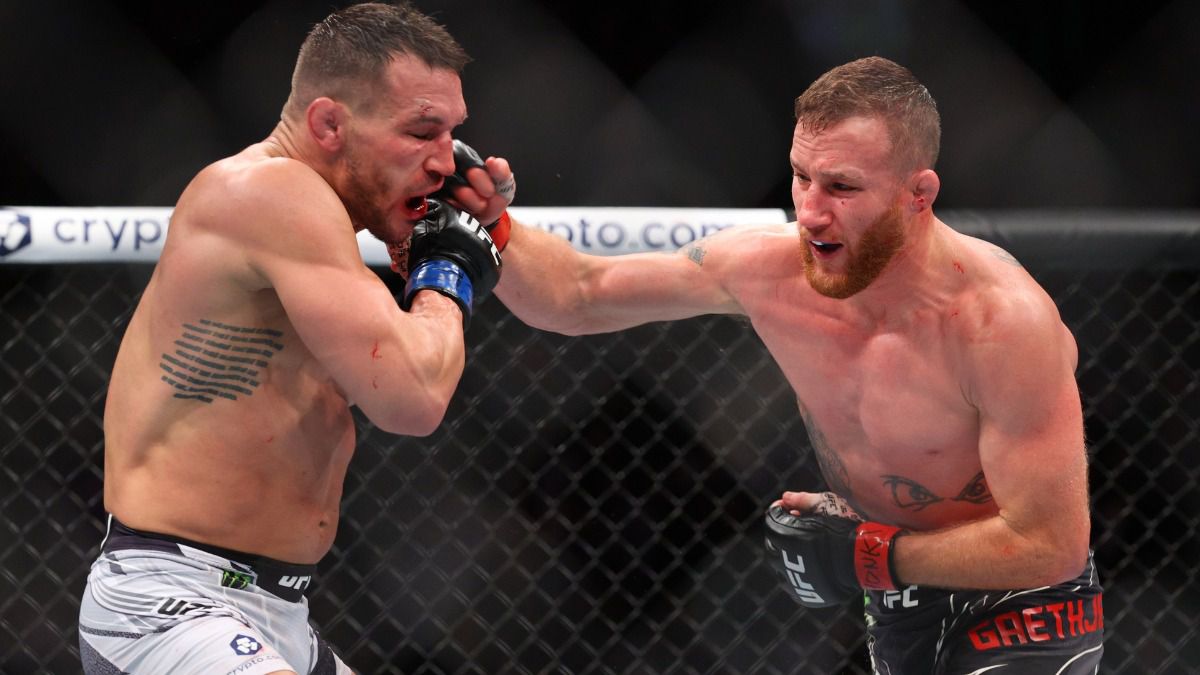