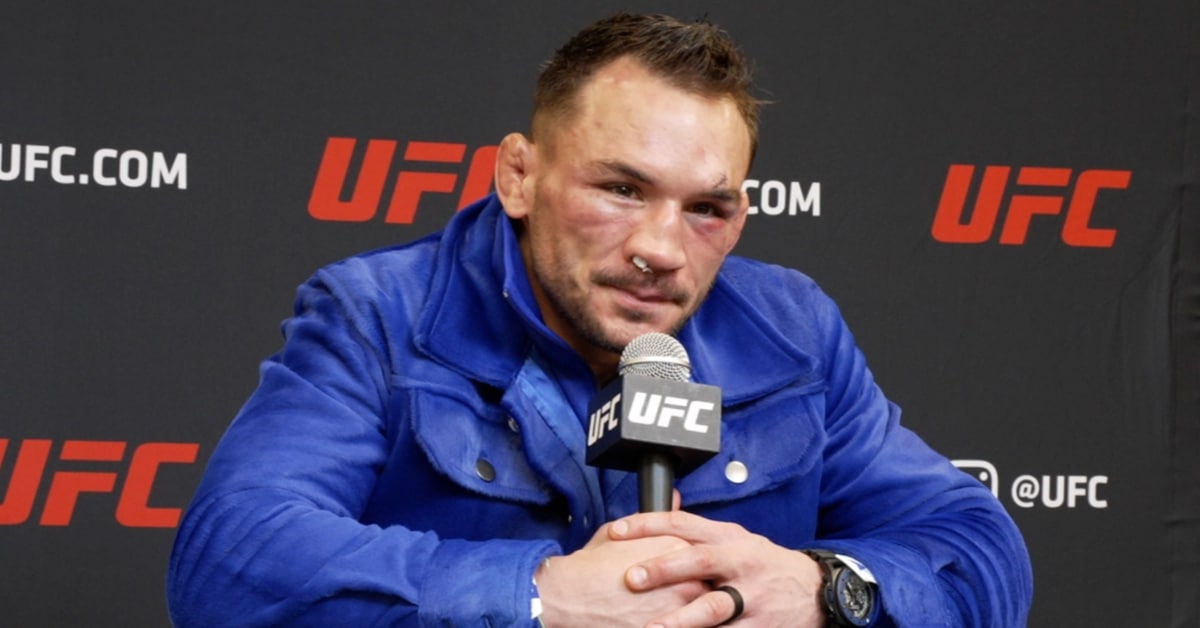 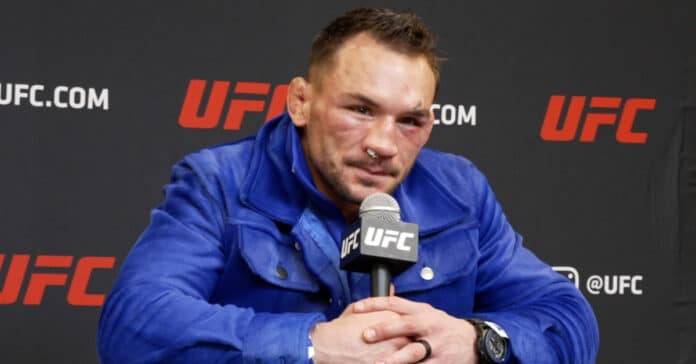 Michael Chandler admits his fingers were in Dustin Poirier’s mouth during their UFC 281 fight but claims it was accidental.

‘Iron Mike’ put on another incredible performance for fans but fell to Poirier via third-round submission in Madison Square Garden. Critics claim that Chandler cheated multiple times during the fight including purposely using a fish hook maneuver to secure a submission in round 2.

During post-fight interviews, Chandler acknowledged the ‘fish hook’ but denied any wrongdoing.

“Yes, I will admit his mouth was open and my hand went inside of there and was on his mouthpiece,” Chandler said. “He bit down, I was trying to pull it out. It wasn’t as though I was trying to pull it out, and he was biting it and I couldn’t get it out. It was more just the angle. I mean you’re getting pushed up against the cage.” (h/t MMA Fighting)

Poirier called Chandler a ‘dirty motherf****er’ for the fish hook and nose-blowing that resulted in the spraying of his blood.

“It was definitely intentional,” Poirier told media. “It’s over. It’s whatever.”

Notably, Chandler was warned by the referee to stop punching Poirier in the back of the head.

“Then when Dan Miragliotta was saying I was hitting him in the back of the head, I’ll have to go back and watch it to be honest with you but I know I was catching his ear, or at least in my mind I was catching his ear. So we had that kind of conversation. You all know I’m not a cheater. I love this game. I don’t cheat.” (h/t MMA Fighting)

Poirier did say he respected Chandler and called him a warrior before his interview with Joe Rogan in the octagon.

With his recent loss, Chandler is now 2-3 in the UFC. He has called for a big-money fight against Conor McGregor as his next challenge. Chandler believes a potential fight does ‘staggering numbers’ and that he’s a suitable return opponent for the former double UFC champion.