Michael Chandler Predicts The Outcome Of Poirier versus Oliveira
published on October 5, 2021
curated and posted by BRWLRZ Team

Michael Chandler has given his prediction for how he sees the fight between Dustin Poirier and Charles Oliveira playing out when the two meet later this year.

After coming to the UFC as one of the most accomplished fighters to never fight inside the promotion, Michael Chandler had a dream start to life with his new company as he scored a huge knockout victory over Dan Hooker.

Following his debut, Chandler had a quick turnaround and competed against Charles Oliveira for the vacant lightweight title just four months later. Despite a strong first round, the 35-year-old was caught and finished just 19-seconds into the second round.

While Chandler remains optimistic about fighting for UFC gold once again in the near future, he believes “Do Bronx” may not be the man sitting atop the division if that time ever arrives.

During a recent appearance on Ariel Helwani’s MMA Hour, Michael Chandler began by applauding Oliveira for evolving and becoming the fighter we see today.

“I think they’re both complete fighters. I think Oliveira has shown over his last couple of fights, especially in the fight against me, his hands have come along,” Chandler stated. “He is basic and he hits hard. He hits harder than we think. His grappling is obviously…has always been on point.”

Although he was complimentary towards the champ, Chandler sees the fight going against the Brazilian.

Charles Oliveira will be hoping to make his first successful defense of the UFC lightweight title when he puts it all on the line against Dustin Poirier at UFC 269 on December 11.

Do you agree with Michael Chandler’s prediction? 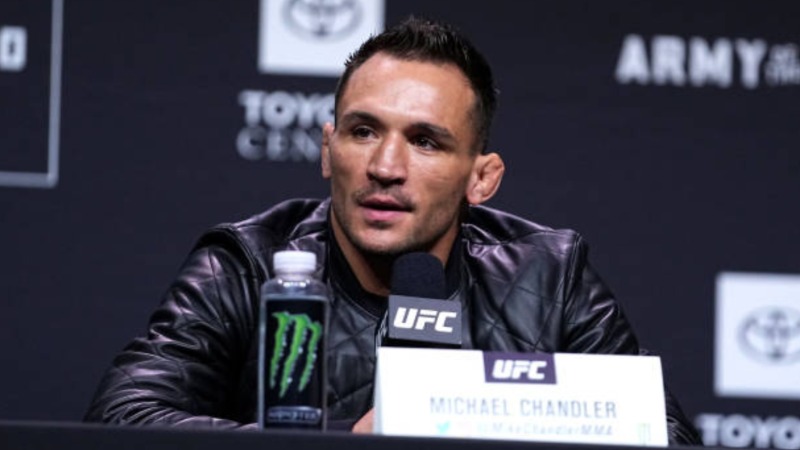