Michael Chandler: “Dustin Poirier Has Dismissed Me Since Day 1”
published on December 23, 2021
curated and posted by BRWLRZ Team

Despite admitting he was perhaps too harsh with his assessment of Dustin Poirier‘s decision to tap at UFC 269, Michael Chandler has claimed that “The Diamond” has been dismissive of him “since day one.”

Like Chandler earlier this year, Poirier failed to dethrone UFC Lightweight Champion Charles Oliveira at UFC 269 on December 11. The Louisianan, who entered his second shot at undisputed gold off the back of consecutive victories over Conor McGregor, was tipped by many to enter 2022 as the 155-pound titleholder.

But in his way of doing so was an underdog who loves to upset the odds and show his championship mettle. After recovering from an early knockdown in the year’s final pay-per-view main event, Oliveira imposed his will on the ground in the second frame before forcing a tap in the third with a standing rear-naked choke.

In the aftermath of the incredible result, Oliveira’s former foe gave his take on the action, and he showed no sympathy for the losing party.

Taking to Twitter, Chandler suggested Poirier had “quit” by tapping out. The former Bellator champion, who has made his desire to face McGregor in 2022 known, also questioned why the Irishman would consider another fight with “The Diamond” after seeing him “quit” at UFC 269.

Expanding on that opinion in a recent interaction with MMA Fighting’s Damon Martin, Chandler suggested those who tap out to chokes always have “more fight” left in them.

“I think the hardest part with chokes is there are so many chokes out there, rear-naked chokes, or any choke that has been put on somebody, where you think you’re never gonna get out of it. That’s why we love this sport, too. People say, ‘He’s done, he’s done, he’s done,’ and you can’t believe when they get out of it. You hear it with Joe Rogan cageside, Jon Anik, DC, cageside, and they go bananas when guys get out of it because you never quite know how deep a choke is. I think there’s always a little more fight left before a tap can happen.”

Chandler Admits He Was “Too Harsh”

Chandler later acknowledged that he’d perhaps gone a little overboard with his ‘quitter’ branding. However, he also revealed an underlying bitterness between the pair, suggesting Poirier has been equally dismissive of him from the very start.

“Yeah. I will admit, maybe I was a little bit too harsh, maybe the word ‘quit’ was not the right word to use. But I also think Dustin Poirier has dismissed me since day one. I don’t think Dustin Poirier’s a bad guy. I don’t think he thinks I’m a bad guy. But as a competitor, he called me and Charles fighting ‘fool’s gold.’ He dismissed me, saying he wouldn’t fight me in the UFC, even after I knocked out Dan Hooker. So he was just a little more dismissive of me.

While he made a slight backtrack on the terminology, the point remains the same for Chandler. Citing his own ability to avoid falling into a choke with Oliveira on his back and reverse position at UFC 262, “Iron” hinted that the former interim titleholder could have done more.

“I also got my back taken by Charles Oliveira, he almost had that choke locked up, and I was able to fight out of it. So, I’ve been in that position, I was able to get out of it, so yeah. I will admit, I will concede that maybe using the word ‘quit’ was a little bit harsh, especially against one of the good guys, because people are probably gonna be like, ‘How are you gonna come for Dustin Poirier, man?’”

While Poirier looks to regroup, something it initially appeared he’d be doing by preparing for a clash with Nate Diaz early next year, Chandler will be looking ahead to his own attempt to rebound in 2022.

Having fallen to a unanimous decision in a Fight of the Year contender against Justin Gaethje last month, the veteran will be after another big name next, perhaps either Poirier or the returning McGregor.

Do you think Dustin Poirier could have fought Charles Oliveira’s rear-naked choke more? 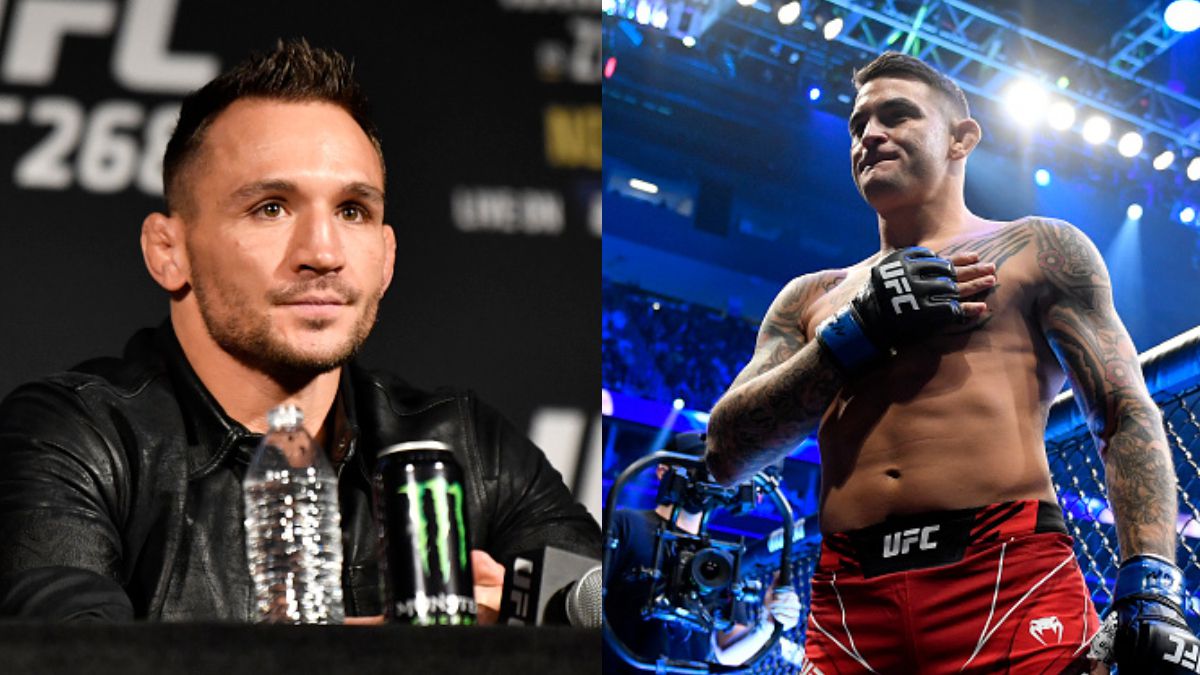