Michael Chandler And Dustin Poirier Embrace Ahead Of UFC 281
published on November 9, 2022
curated and posted by BRWLRZ Team 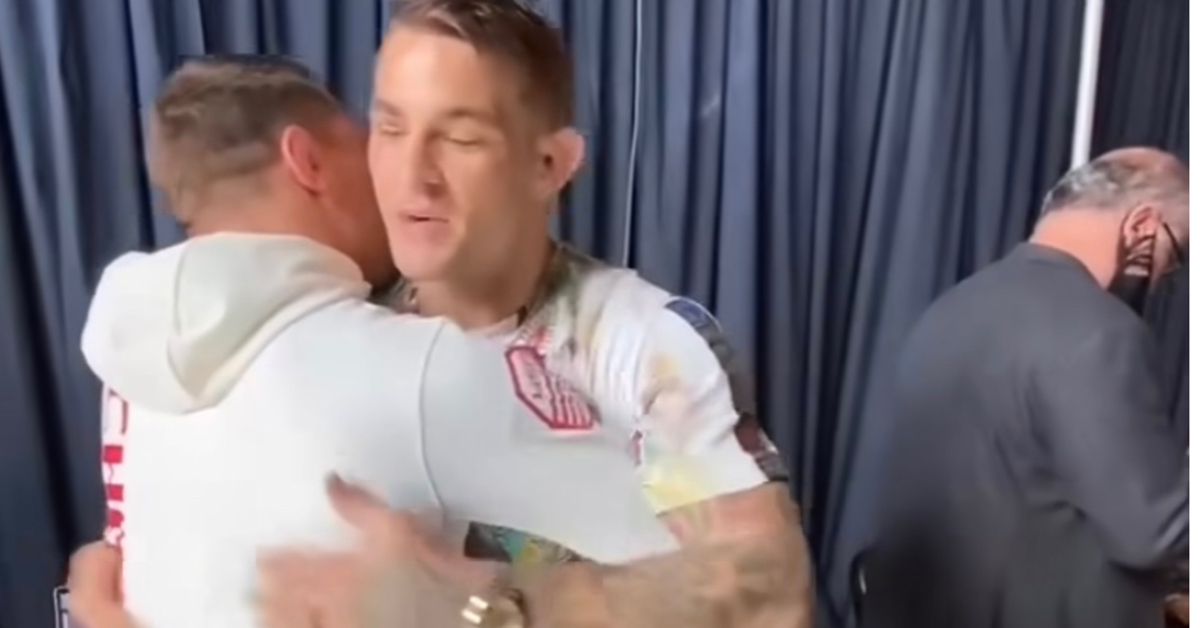 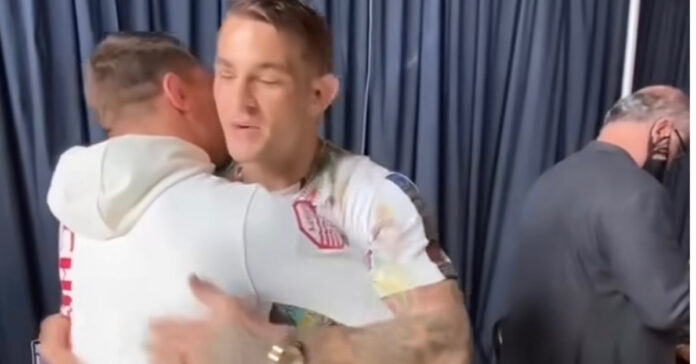 Michael Chandler and Dustin Poirier seems to have put their differences aside as they get ready to take each other on this weekend at UFC 281.

The two had to be separated earlier this year at a UFC PPV event, however it has seemed that the two have buried the hatchet. The two had gotten into an altercation that caused the security to get in between the two of them and escort them out. Due to this, the fight between the two has gained a ton of traction and excitement from fans. The bout could possibly determine who the next title challenger will be.

Poirier and Chandler were also on Daniel Cormier’s show on ESPN, talking about why the two don’t like each other, and why they went at it in public. They both didn’t see eye to eye, but had said that it was nothing personal between them, just business.

Poirier had claimed that Chandler was trying to be someone he wasn’t and that annoyed him, causing him to go at Chandler.

Poirier and Chandler shared a handshake and kept it moving quickly, as the two will square off in MSG at UFC 281. Poirier is the more well rounded boxer when it comes to technique, but Chandler has knockout power from anywhere and any time in the match. He has devastating knockouts over Tony Ferguson and Dan Hooker.

In his matchup with Ferguson, he front kicked him out of no where, securing a knockout win in the opening seconds of the second round. In his first match in the UFC, he stalked Hooker for minutes waiting for the best opportunity to strike. He hit him with a right straight and knocked him out clean.

Who would you like to see win, Poirier or Chandler?