McGregor, one of the most successful martial artists in history, both in terms of accolades and fortune acquired, was last in action at UFC 264 in July this year. After returning to the win column last January against Donald Cerrone, the Irishman moved down to lightweight in the hopes of mounting a charge back to the 155-pound gold.

What followed was two defeats to Dustin Poirier in 2021. “The Diamond,” who McGregor beat back in 2014 when they first met in the Octagon, leveled the score by becoming the first man to knock out “The Notorious” superstar in their rematch at UFC 257.

Six months later, with their animosity and heated rivalry reaching boiling point, Poirier and McGregor’s trilogy clash headlined UFC 264 inside Las Vegas’ T-Mobile Arena. After just one round, the Dublin native left the cage on a stretcher and with his third defeat in four outings. The fight came to an end after McGregor suffered a gruesome broken leg in the final seconds of the opening frame.

Conor McGregor holds his leg after suffering an injury against Dustin Poirier at UFC 264. (PHOTO: Gary A. Vasquez-USA TODAY Sports)

While his recovery appears to be going well, McGregor’s injury was certainly a serious one and should see him remain on the sidelines until deep into 2022. But that hasn’t stopped a host of names calling the former double champ out. Most recently, top featherweight contender Max Holloway and former lightweight title challenger Michael Chandler proposed clashes with McGregor in the aftermath of their respective recent bouts.

Speaking in a video uploaded to his YouTube channel, McGregor’s fellow former titleholder from across the Pacific, Michael Bisping, acknowledged that the 33-year-old’s name will never be far from fighters’ mouths, no matter the situation.

“He’s never out of anyone’s mouth for far too long, simply because he keeps himself out there. He’s one of the most exciting fighters in the division, he’s an interesting character, he talks a lot of shit, he’s got tonnes of money, he was the double champ; all the rest of it. There’s a lot of reasons. And he’s got a lot of fans. He’s got worldwide fans all over the place. That means a lot of people are always calling him out.”

However, “The Count” called for contenders to stop calling McGregor out. The Englishman reminded the likes of Holloway and Chandler of the severity of the Irishman’s injury and said that just because he’s back training, it doesn’t mean he’s close to an octagon return.

“People asked Dana White about it (Holloway vs. McGregor 2). Dana White shook that idea down. He said, ‘Listen, Conor is injured.’ And he is. We know what happened, he snapped his tibia… those little twiggy bones he’s got, they snapped. He can’t fight for a while. It’s gonna be a while, but people are still calling him out. Max Holloway isn’t the only one. Michael Chandler is now also at it as well… He’s calling out Conor McGregor because he wants these epic moments in his fight career; the red panty night, the big payday.

“But it’s not gonna happen. Not unless you wanna wait for a Goddamn year, you know what I mean? He broke his leg! Now, Conor’s walking about again, I’ve seen footage of him training, maybe riding the bike, lifting the weights and stuff; that’s all well and good….Conor McGregor, right now, there’s no way he can go through a mixed martial arts training camp.”

While Bisping admitted that both “Blessed” and “Iron” deserve the big payday and global interest a fight with McGregor would bring, he implored both men to stop “lowering” themselves by requesting fights with the injured Irishman.

“Conor might be hitting pads, he might be doing a little bit of work, but it’s a far cry from fucking fighting inside the Octagon. So everyone just needs to relax on calling out Conor McGregor. I hope Michael Chandler, I hope you get the fight because you deserve it. Max Holloway, I hope you get the fight because, fuck me, you deserve it and because you’ve even got a storyline with him… But Either way, Conor McGregor will not be fighting anytime soon… Stop lowering yourself to calling out Conor McGregor. Yes, he’s a great fighter, he’s the biggest name in the sport by far, but you ain’t gonna get it yet and you look a little bit desperate.”

After his main event victory over Yair Rodriguez last weekend, Holloway is expected to challenge for the featherweight title next. However, with his consistent interest in a McGregor rematch over a trilogy with Alexander Volkanovski, the champ has threatened to move on to other contenders.

Chandler, meanwhile, fell short of jumping back to title contention at UFC 268. In the main card opener, “Iron” lost via unanimous decision in a Fight of the Year contender against Justin Gaethje. His calls to fight McGregor in 2022 were met with a positive response by his fellow top-10 lightweight.

Who would you like to see Conor McGregor face when he returns to action? 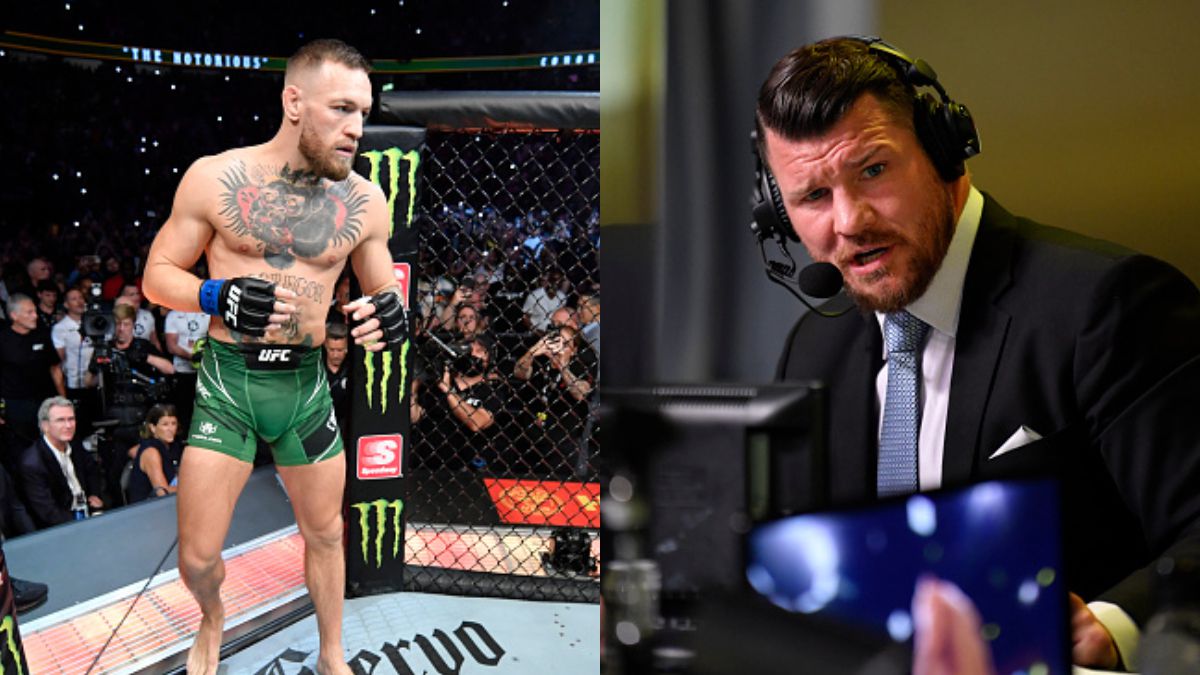