Michael Bisping is revealing some trade secrets from inside the UFC APEX.

Since last year the UFC has held the majority of the events inside the small UFC APEX Center. The intimate location allowed the UFC to safely hold events throughout the COVID-19 pandemic. With no fans allowed, the first thing many noticed was how quiet it was during the live fights. The question that began to rise was did that quiet have an effect on the outcome of the fight?

Michael Bisping has been cage side for many of these APEX fights and feels that the commentary, his included, could sway the decisions of the judges. He spoke about this on his Believe You Me Podcast.

“So there is a potential for that. However, if the judge was good at his job and had his own opinion and if he had a strong mind, confidence in his pick, confidence in his opinion,” Bisping explained. “If he knew the sport and he was breaking it down then he should ignore us anyway. But I guess we are all human beings. You know what I mean.”

Bisping became a color commentator for the UFC back in 2018 following a long fight career. He is outspoken on the mic and likes to air his opinions. Since the UFC Apex began to house these events some fighters claimed that they could hear the broadcast team and that they made some adjustments accordingly. If the fighters can hear then probably so can everyone else.

“If you are torn between, ‘oh, I’m not sure, it was close, this guy, that guy’. And DC [Daniel Cormier] arguing the takedown and I’m like, ‘Well no, he got back to his feet’. And he hears that, hey listen, judges are human beings,” Bisping continued. “I don’t know, that’s a really interesting question. The judges are kind of far from us. But still I would assume in the early days, now I feel that that’s eradicated. There’s a bit of a crowd, there’s more atmosphere, it is louder.”

Lately, a few fighters have been called out for biased commentary. Among those who were blamed were Daniel Cormier, Paul Felder, and Joe Rogan. As a former fighter, there are bound to be certain feelings towards the other fighters. Either they have fought one another or maybe trained together. In the end, commentators are there to give info during the fight. The judges should be making their own decisions without influence.

Do you think the judges are being influenced by what the commentary team is saying? 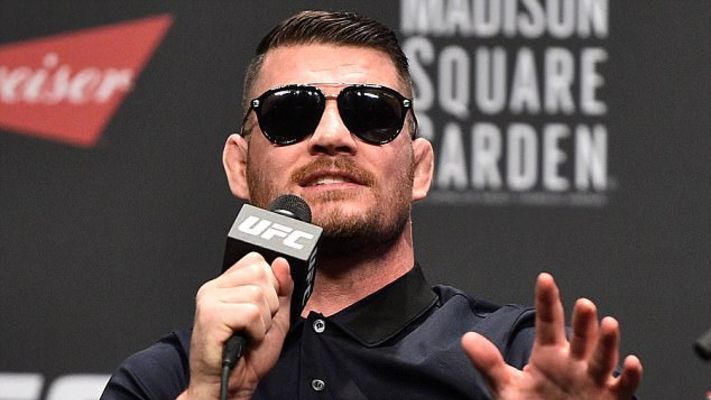