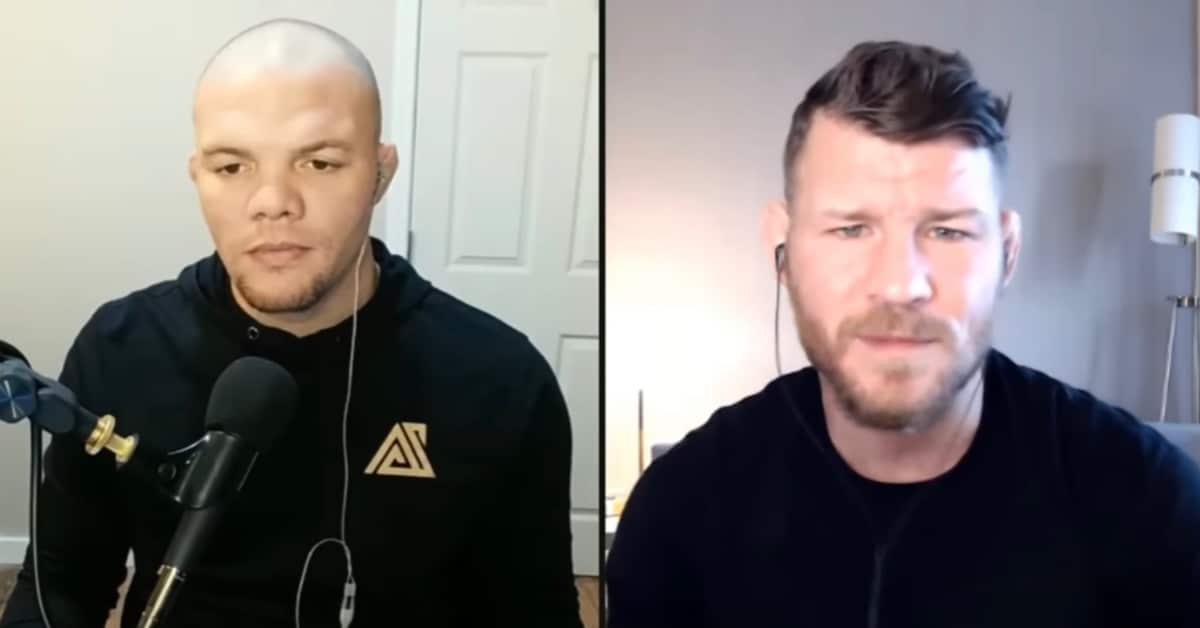 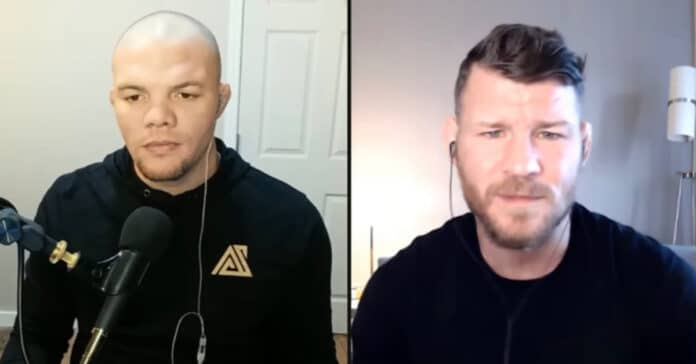 Mandatory Credit: Believe You Me Podcast

During his YouTube show, Bisping and Smith reacted to a video of Andrew Tate calling Brazilian jiu-jitsu “useless” in the street.

“BJJ is absolutely useless outside the cage or your dojo…It’s useless. You can’t do a double-leg takedown on concrete. You’re going to f**k yourself up. Even if you do take him down to the ground, many submissions don’t work if he can bite or he can scratch your eyes or if he can pull a knife,” Tate said. “Thirdly, you don’t know if he has friends. You’re going to take him to the ground, put him in an arm bar and his friends are going to f**king football kick you in the head or curb stomp you and you’re going to die. The number one rule of street fighting is stay on your feet.”

Michael Bisping disagreed with Tate’s stance on BJJ. He said the technique is different when someone is fighting a one-on-one fight.

“Some elements of what he said there is correct that you don’t want to do a double-leg takedown on the street cause I’ve said that. If you’re fighting multiple people and you take someone down and get on top of them, yeah of course the friends will run up behind you…In a one-on-one environment, if you’re going up against another man. A black in jiu-jitsu versus someone that’s not, I’ll take the black belt all day long.”

The MMA legend also addressed how biting and scratching are unreliable on the ground. He says BJJ moves are way more lethal. Smith also reiterated how biting is not reliable in a BJJ scenario.

“One singular martial art. There’s always going to be a give and a take,” Smith said. “He’s going to be devastating from the outside but if someone gets a hold of you and you don’t know any jiu-jitsu at all, you’re proper f**ked.”

Notably, Michael Bisping is a brown belt in Brazilian jiu-jitsu while Smith is a black belt. Tate is known as a long-time kickboxer. He’s also competed in three professional MMA fights. His last MMA fight was in 2010.