Conor McGregor and Jorge Masvidal are having a bit of a spat on Twitter.

Masvidal was expected to take on Leon Edwards in a highly anticipated grudge match at UFC 269 next month. However, he was forced out of the contest on short notice following an undisclosed injury that has forced him from the fight.

It seems that McGregor took particular umbrage at the fact that Masvidal had to pull out of this fight. Taking to his Twitter, the former champ-champ went off on “Gamebred,” insulting him for pulling out, and for wearing a Gucci house robe, while saying he should be stripped of the BMF title he won after Nate Diaz suffered a cut in 2019.

“It’s also Jorge masvadal birthday but he a bitch for bottling the fight against Leon. Fuck your “injury” You sign to fight, you fight. Strip that belt from him that he never even won. Hoe in a housecoat. The fuck was that about as well? Last seasons Versace house coat hahaha wtf!” McGregor wrote.

This did not get past Jorge Masvidal, who has not spoken publicly about his withdrawal from the Leon Edwards fight but took time out of his day to respond to McGregor. He did not tag McGregor in it, but his tweet directly responded to the Irishman’s, saying that he was off of his medication and calling him out for hitting an old man in a pub.

“I guess you’re off your meds again barking up the wrong tree and don’t be upset your client was about to be blessed with the biggest pay day of his life and now you don’t get a dime off his whack ass. Too much man for you little guy go back to fighting old dudes in bars” Masvidal wrote.

It is worth considering the possibility that Conor McGregor could be trying to stoke the flames of a potential fight between him and Jorge Masvidal, perhaps when he returns from his broken leg. Either way, this was a fiery exchange between two of the UFC‘s biggest superstars. 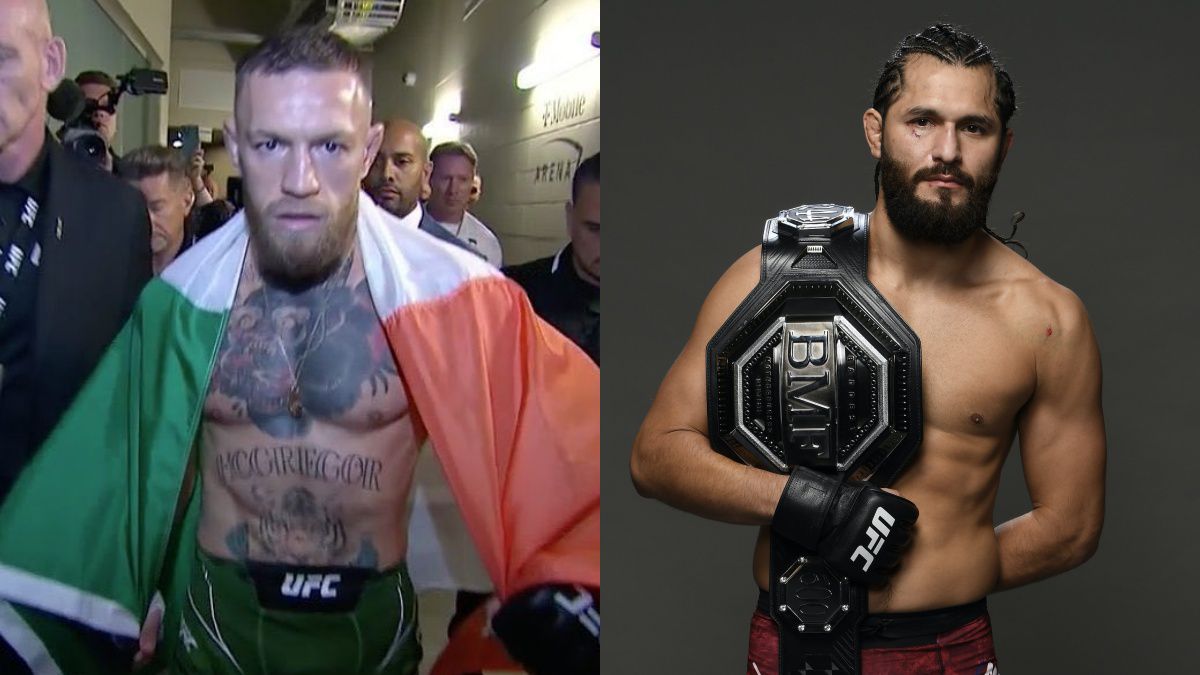