Conor McGregor could have an ally in Khamzat Chimeav.

Conor McGregor has been making a lot of enemies lately with his social media rants and call-outs, but he now claims to have that he and Chimaev have been on the same team before. After Chimaev appeared to challenge McGregor for a fight over the weekend, here is how McGregor responded in since-deleted tweets (h/t MMA journalist Amy Kaplan).

“Bratha, no problem. I appreciate you reaching out to the team in 2018 to come and help me beat up the little scared pigeon bitch,” he said on Twitter (now deleted). “Chechnya knows! Fuck those eagles MMA pussies, we are Akhmat MMA! Smash them up we will! Let’s go! The Mac and Akhmat! We take no shit! Never peace.”

“People do not know, I took that flight to defend my friend Artem’s honor, and also his Chechen friend Islam, who were both attacked by a group of eagle team,” McGregor continued. “The Chechen was the one who grabbed the railings in the bowels of the Barclay center. A legend! We will never forget!”

Chimaev was not in the UFC at the time of the attack. In fact, he did not make his professional MMA debut until the next month. Chimaev has had misunderstandings with Nurmagomedov in the past, but they seem to have straightened out any issues. Chimaev and Nurmagomedov were both under the same management until recently. This could be a way for McGregor to continue to stir the pot and get under the skin of Nurmagomedov like he always does.

In response, Chimaev just posted a bunch of laughing faces and money. He never came out and denied his possible involvement in the attack. He instead just moved on to targeting a possible fight with one of the Diaz brothers. Meanwhile, he has been linked to a fight against Gilbert Burns that is being targeted for January.

What do you think of Conor McGregor’s claim of Khamzat Chimaev‘s involvement? 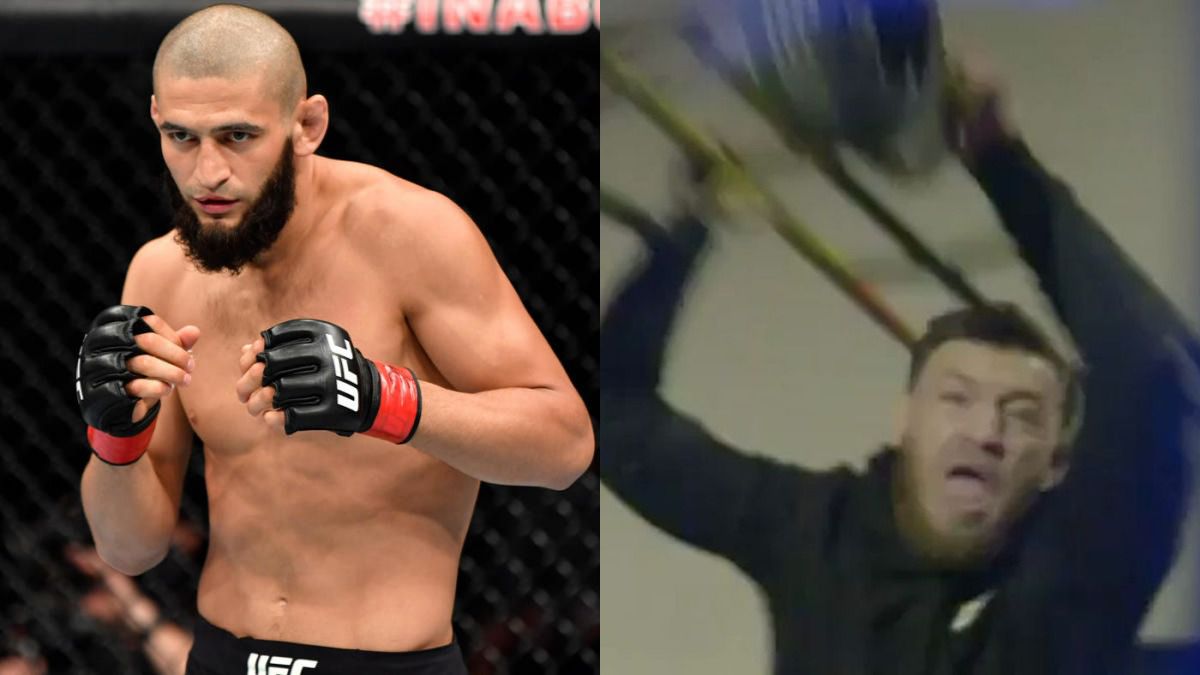