McGregor Says He Has A More ‘Ferocious’ Ground Game Than Nate Diaz
published on November 20, 2021
curated and posted by BRWLRZ Team

Conor McGregor continues his social media rampage with a shot at Nate Diaz.

Conor McGregor may somehow be getting even more attention now that he is healing up from injury than when he was active. The former two-division champ is getting called out left and right. He is getting attacked by fighters in his division and from multiple weight classes. In true McGregor fashion, he is not holding back, either. He is targeting any and all fighters who have crossed his social media path, and this time it is Nate Diaz once again.

McGregor was asked by a fan on Twitter to work more on his ground game. McGregor responded that he is happy with his grappling and even threw a little shade at the first man to submit him in the UFC.

I’m very pleased with my ground attacks from bottom, at present. I butchered dude from the bottom, use your eyes. He backed away from me! I’ve now developed a more ferocious version to Nates ground game. If Nate goes down, no one follows. They won’t follow me now either. Watch! https://t.co/02IX5Tj1Ry

“I’m very pleased with my ground attacks from bottom, at present,” McGregor wrote. “I butchered dude from the bottom, use your eyes. He backed away from me! I’ve now developed a more ferocious version to Nate’s ground game. If Nate goes down, no one follows. They won’t follow me now either. Watch!”

McGregor is known more for his striking and is even the self-proclaimed “best boxer in the UFC.” However, with a broken leg in his last fight and a KO loss before that, it seems perhaps McGregor is working on completing the total package of his MMA game. Throughout his entire MMA career, McGregor only has one submission victory, and that was back in his Cage Warrior days.

Although this statement seems to be a brag on himself and his ever-growing fight skills, the mere mention of Nate Diaz makes it more than that. Diaz is never shy to respond, and the open line of communication could eventually lead to another fight between the two. They both seem interested in a trilogy fight but the timing should be right.

Do you think McGregor’s ground game is on par with Nate Diaz’s? 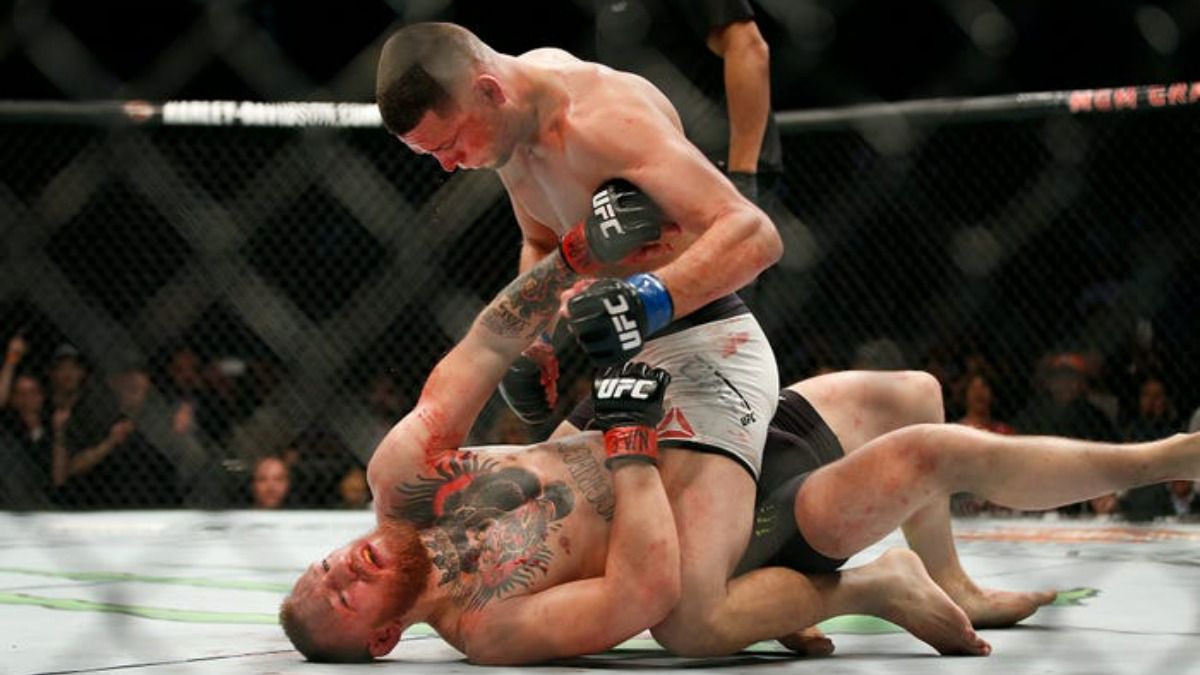