In this week’s installment of The Twitter Adventures of Conor McGregor, The Notorious One takes on an award-winning filmmaker in a debate about Khabib Nurmagomedov‘s legacy.

On October 24, 2020, Khabib Nurmagomedov called it a career after advancing his flawless record to 29-0 with a submission victory over Justin Gaethje. Instantly, debates began on where “The Eagle” perched among the greatest fighters to ever do it.

Sunday, award-winning filmmaker Will Harris recalled a moment when Khabib’s cousin, Umar Nurmagomedov, praised the former lightweight champion as the “greatest” during filming of the Anatomy of a Fighter series. According to Harris, Khabib requested that Umar’s remark be omitted from the film. This, says Harris, just goes to show how humble Khabib is at heart.

However, going back to that October night, one of the millions of people to hear Khabib’s retirement announcement was his old nemesis, Conor McGregor.

McGregor was quick to point out what he believed to be a contradiction to Harris’ implication of Khabib’s humility. Because Khabib did not want such recognition, McGregor argued, then why did he request to be ranked #1 on the pound-for-pound list?

You can view the opening exchanges of the debate in the screenshot below.

At the end of that exchange, McGregor didn’t stop at questioning Khabib’s humility but also questioned his legacy altogether. He would then brand the Dagestani a “fool” by alluding back to comments made earlier this year about Aldo no longer being in his prime or able to fight against elite competition.

Below, the debate continues with McGregor listing his supporting points for why Khabib is merely a “good,” not great fighter. Harris then attempts to hold a mirror to McGregor about his own perceived struggles with weight after the Irishman criticized Khabib’s past scale struggles.

In this third and final round, McGregor disputes Harris’ claim that he struggled on the scales himself by pointing out that he never missed weight. He also argued that his transition up a weight class went flawlessly.

Overall, the debate was cordial, especially by Twitter standards, and the two fine gentlemen agreed to disagree on Khabib’s legacy.

Check out the final exchange below:

Conor McGregor is expected to return to competition in early 2022 after suffering a leg injury at UFC 264. His bout against Khabib took place at UFC 229 three years ago, in a contest that saw the Dagestani advance to 27-0 with a submission victory.

Who do you side with in the above debate? Will Harris or Conor McGregor? 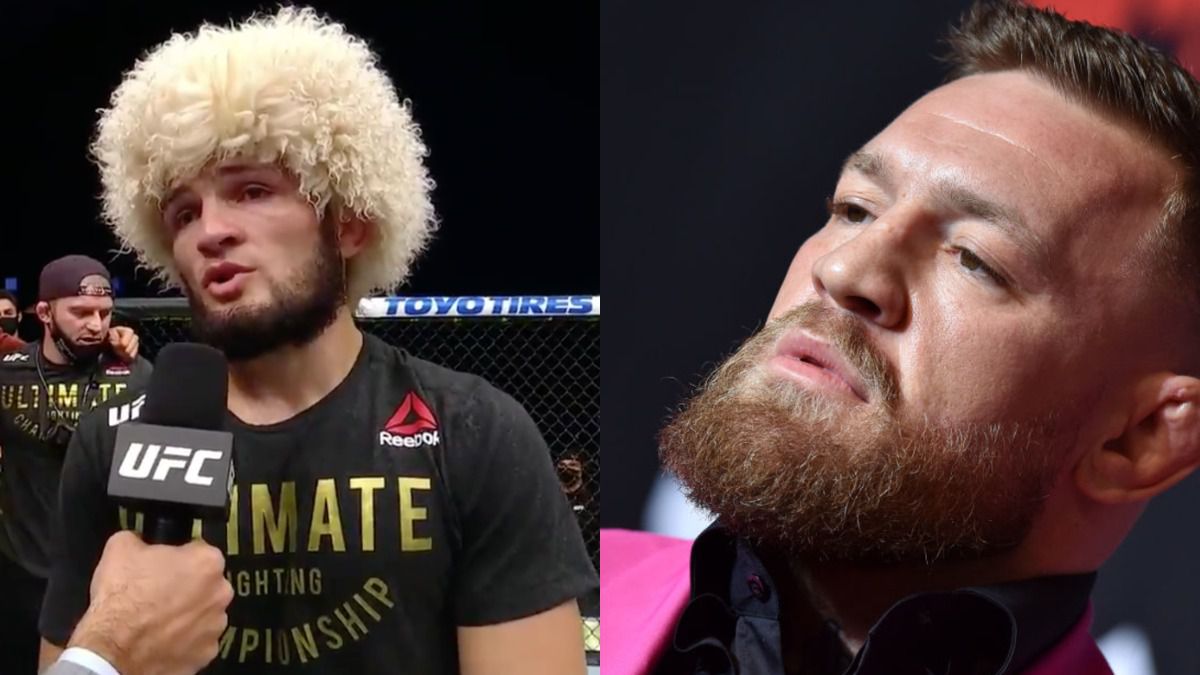