McGregor Commends Paddy Pimblett On Being A ‘Great Representation For The UK’
published on November 18, 2021
curated and posted by BRWLRZ Team

Conor McGregor is rooting for the new UFC “Cash Cow.”

For years Conor McGregor has been the face of the UFC. He is by far the highest-paid fighter on the roster and he is probably the most well-known in the organization. There hasn’t been another fighter who has come close to the level of fame as McGregor has achieved in his UFC run, but perhaps that could be changing soon. A new wave of young fighters are making their way in the UFC and perhaps leading the charge is Liverpool’s own Paddy Pimbeltt.

Pimblett made his UFC debut last month at the UFC event on Sept. 4. During the leadup to the fight and for the weeks that followed all eyes were on Pimblett. His outspoken and lighthearted personality made him an instant fan favorite. His willingness to speak his mind, along with his accent had some fans calling him the next Conor McGregor.

Although McGregor is not active right now, he has remained active on social media. He is calling out many fighters and seems to be having a good time doing it. In a recent Tweeting spree, McGregor was asked what he made of the newcomer from the UK.

“Very excited to see what he can do,” McGregor wrote in a since-deleted tweet. “A great representation for the UK and for Liverpool. Rooting for him!”

Both men currently fight in the UFC lightweight division, however, Pimblett is a long way away from a possible fight with McGregor. He is now 1-0 in the UFC but could be rocketed up the rankings with a few more wins and even more soundbites. If McGregor was to come calling, one thing is for sure, Pimblett would accept.

Do you think Paddy Pimbeltt is on course to obtaining the level of stardom that McGregor has? 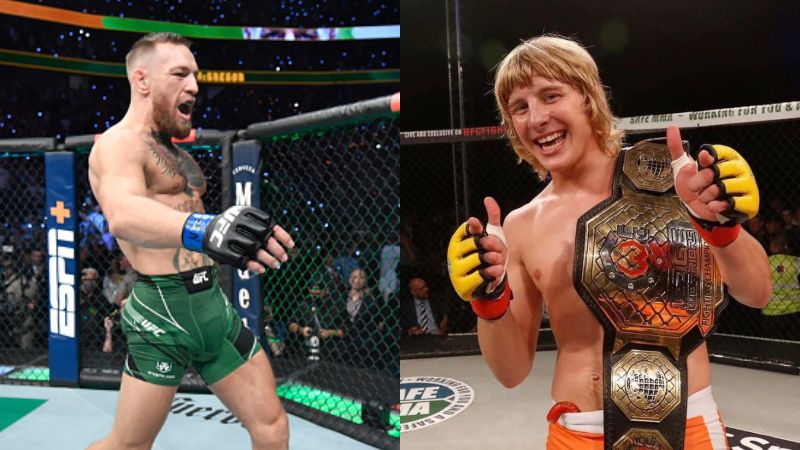