UFC featherweight contenders Max Holloway and Yair Rodriguez have spoken out on social media just days after their battle at UFC Vegas 42.

Holloway earned the unanimous decision win over Rodriguez but was a back-and-forth war throughout. Rodriguez landed arguably the most damage that Holloway has suffered in a long time and landed dangerous shots late in the fight as well.

Both fighters exchanged words and mutual respect after their bout and shared a moment in an ambulance just minutes after their battle. Now, just days after their five-round war, Holloway posted on his Instagram to reflect on his biggest takeaways from the bout.

“Toughest sport in the world,” Holloway said. “But for some of us what happens in the Octagon is the easier parts of life. Yair is one of those fighters. If you want to understand how Yair does his ninja stuff, look at his team. If you want to understand why look at his family and the sacrifices they’ve made together to make it to the Octagon. Shout outs to Parral, Chihuahua. Love you, brother. Looking forward to your championship reign someday. We should be amigos, probably.”

“You are right about what you said. For some of us what happens in the octagon is the easiest part of life!” Rodriguez said. “You are truly an inspiration for me and I look forward to achieving something close to what you have done. I’ll keep on working and getting better and of course that we are amigos!”

Max Holloway Could Get A Third Fight With Alexander Volkanovski

Both featherweight contenders have plenty of options after their main event. Holloway is more than likely the next title challenger to featherweight champion Alexander Volkanovski and will seek revenge after losing back-to-back controversial decisions.

Holloway was arguably one of the best pound-for-pound fighters in the world before he lost his belt to Volkanovski at UFC 245. He also challenged Dustin Poirier for the interim lightweight title at UFC 236, losing via decision.

Rodriguez returned to the Octagon after two years away from the sport, after suffering multiple injuries and dealing with fight cancelations. Entering the Holloway fight, he earned dominant wins over the likes of Jeremy Stephens, BJ Penn, and Dan Hooker.

What do you think is next for both Max Holloway and Yair Rodriguez? 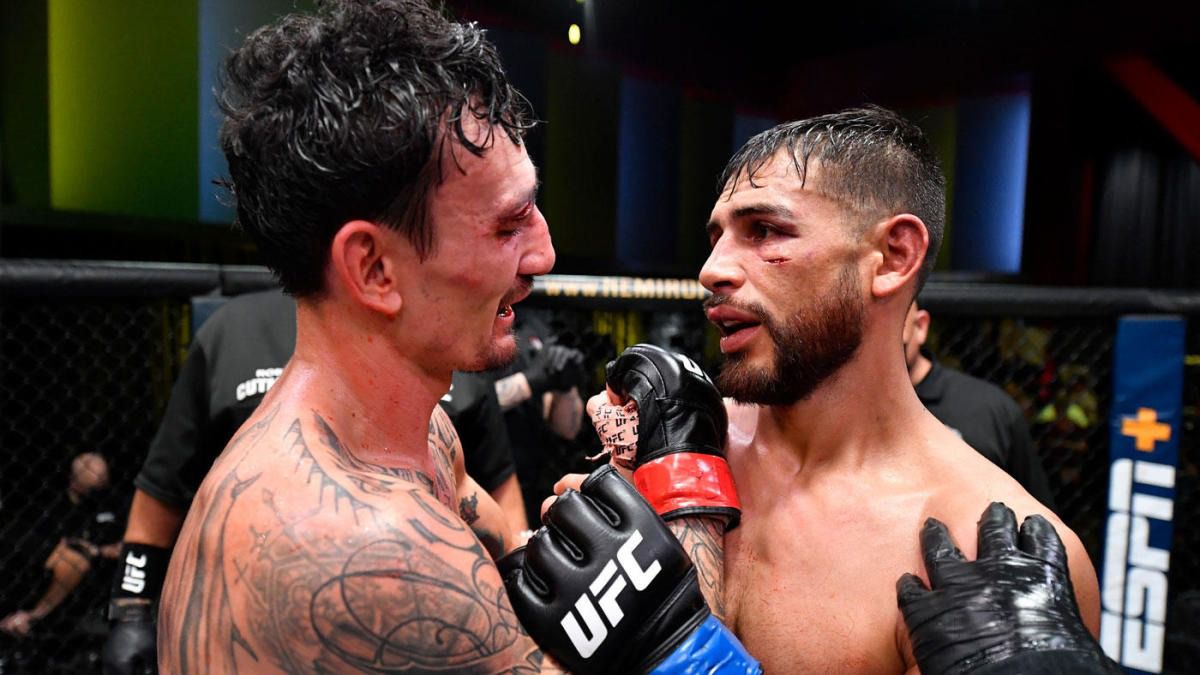